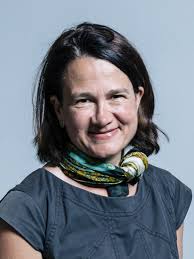 The speech made by Catherine West, the Labour MP for Hornsey and Wood Green, in the House of Commons on 25 May 2021.

It is a pleasure to serve under your chairmanship, Ms Fovargue.

On behalf of the Labour Benches, I strongly welcome the new sanctions regime. It has been clear for many years that corruption needs to be relentlessly tackled as part of our wider foreign policy armoury. In fact, we have had a number of questions for the Foreign Secretary about when anti-corruption would be introduced as a heading in the sanctions regulations, so it is very pleasing that it is now there. I appreciate all the hard work that officers in the Foreign, Commonwealth and Development Office have done to focus on the fraudulent activity of global operators. It is really good to see that we are tackling this.

Obviously when the Minister wrote his speech he probably did not realise that there would be an example of air piracy over the weekend, but I thought I would reflect on the terrible situation in Belarus, because it behoves us to respond in a way that reflects our concerns about a corrupt, Kremlin-backed financial system based mainly around energy. We know, for example, that Belarusian companies such as a subsidiary of the state oil company are active in the UK. Indeed, my hon. Friend the Member for Wigan (Lisa Nandy) wrote to the Foreign Secretary overnight about the subsidiary BNK UK, which is the UK arm of the Belarusian state oil company. We would like to know how the UK Government will stop the Belarusian Government using the London stock exchange to raise finance and sustain Lukashenko’s grip on power.

We would also like the FCDO to examine the evidence for further sanctions against individuals. One whom we have named is Mikhail Gutseriev, who is known to have acted fraudulently and has stolen from his own people. We would like to see him specifically looked at. I know that the Minister will probably not be able to give an answer today, because that is not how developing sanctions works—there is an element of stealth and evidence gathering to it—but we must eliminate any possibility of those linked to the Lukashenko making money in the UK. We know that there are fewer Belarusian entities sanctioned now than in 2012. Only seven entities are currently designated, compared with 32 under EU sanctions in 2012. In the space of 12 months this dangerous regime has stolen an election, employed brutal repression against its own people and hijacked a civilian airliner, so I would very much welcome a response to that point from the Minister when he winds up.

I also want to put on record my thanks to the late Sergei Magnitsky, the lawyer who questioned fraudulent activity in Russia and lost his life in prison due to violence, and to his friend Bill Browder for his ongoing work. He has worked across European nations, the USA and the UK, but is based here in the UK and is constantly putting forward suggestions for what the Government can do better—which is always a positive when it is in one’s policy area as an Opposition spokesperson.

One of the things that Bill Browder has suggested needs to looked at is whether our crime fighting organisations are fully resourced. For example, I know from a Foreign Affairs Committee trip to Colombia—where we have concerns about corruption relating to the drug trade and about its impact here in the UK—that at that point the National Crime Agency was facing cuts to its service. I also know that the Serious Fraud Office needs more resource and more legal powers to bring more successful cases—it has not had a good record of late. All those bits of the puzzle need to be in place to bring these crooks to justice.

Without the tireless work of people on the ground and our very effective non-governmental organisations—which understand corruption and the way it plagues rogue states such as Belarus, robbing people of opportunities and fuelling crime and illicit practices across the globe—the individuals maintaining those practices would remain in the dark, which we must not allow. The work of NGOs, like that of many whistleblowers, has uncovered appalling wrongdoing, so it is vital that their work is recognised.

I am also pleased that the regulations contain provisions for the sharing of information and the creation of criminal offences. Corruption is undoubtedly a crime and should be treated as such, but the most effective way to tackle it is the free sharing of information where required. We cannot and should not treat this as a siloed issue. There should be a Government-wide commitment to tackling the corruption that washes up on our shores and pollutes our financial institutions.

The Minister has been an MP for longer than me and will remember Mr Cameron’s commitment to tackling corruption over five years ago. What is his view of the status of the anti-corruption tsar in the Houses of Parliament? I remember that individual having much more of a profile, so perhaps the Minister could update me on who it is, the work he is carrying out, where he reports to, and so on, because it is important that we keep up this questioning and important that the individual tasked with looking at anti-corruption has a sightline into the work we are discussing today, so that it can be as joined-up as possible.

When the Intelligence and Security Committee met last year, it described London’s economy and financial centres as the London laundromat. I hope that today, and through the work of the anti-corruption tsar, we can do away with that epithet, which as a London MP I object to. Sadly, however, because of the way that corruption presents itself in a place such as London, the people at the top seem to have all this money—and can even, I hear, purchase expensive properties with a suitcase full of cash. This kind of thing has to stop. We must seek greater equality; there is nothing worse than that feeling. The rich list that came out this week showed 23 new billionaires, yet we have 4.3 million children living in poverty in this country. We must do much more at the very top level to get rid of this problem.

Before I wrap up, I want to press the Minister on a few questions for clarity and reassurance, starting first with a quick update on the work of the anti-corruption tsar in the Houses of Parliament and the transparency of the formation and operation of our sanctions regime. What does he envisage for the quarterly reporting, to ensure that MPs, civil society and the private sector can play a role in designating individuals? Do the Government intend to open a formal channel for Parliament or other NGO actors to put forward information, or will he commit to regularly reporting to Parliament? Or does he believe that that is a function of the anti-corruption lead, who is not a member of the Government? Or, does he believe there is a role for the Foreign Affairs Committee?

As I have indicated, these sanctions are welcome and have our support, but they are still not as expansive as those of some of our closest allies. I personally appreciate the fact that the US regime is very linked with the work of both the Department of the Treasury and parliamentarians there. In any given year, Congressmen and women can bring cases against specific individuals and the US Government have to respond, which is quite a good, grassroots-up way of doing these sorts of things.

Will the Minister confirm that the sanctions will be reviewed to bring us in line with the US? Will he also say what work has been done on the ground? This money is like a stream of water—when we close one door, it will just go somewhere else—so obviously we want to work closely with the US, which has a large economy where money could also be laundered. What diplomatic efforts will be brought to bear across the European economies? We need a solid commitment to ensure that law enforcement agencies and those tasked with investigating corruption and human rights have the resources and backing to do so.

As a champion of the overseas territories, the Minister will be aware that the open register process will finally complete in, I believe, 2023. However, I hope he can give me his assurance of that now. This has been a very long process—Mr Cameron announced it at least six years ago—so will the Minister update me on that?

Finally, as my Labour colleagues and I have said repeatedly, if the Government are really serious about confronting corruption, their tough words must be backed up with actions. We know that the bulk of the money coming out of Russia, Belarus, Ukraine and those parts of the world is still laundered through the UK. These sanctions are welcome and should mark the start of cleaning up this mess, but we must ask again: will the Government look again at the recommendations of the Russia report, a number of which remain outstanding?

The Russia report was delivered on the last sitting day of Parliament at the end of July last year and covered things such as golden visas, an arrangement whereby wealthy individuals can apply for a specific visa to give them entry and UK citizenship, which then allows them to donate to political parties. For example, Mr Temerko, who has donated £1 million to the Conservative party over the years, is a UK citizen but still has his business interests over there. We need an assurance that there is not still some kind of remote control arrangement between that part of the world and our economy. The Russia report recommended that golden visas be brought to an end or reviewed, so I hope the Minister can update me on that.

Ms Fovargue, I have gone rather around the globe in this debate, but we do not get many chances to ask such questions in a free-ranging way, and I am sure that the Minister will write back to me and the Committee about whatever he cannot answer today. I thank the Committee for its patience and look forward very much to monitoring the progress of these sanctions.

The comments made by Dominic Cummings on Twitter on 7 July 2022. I know that guy & I’m telling you