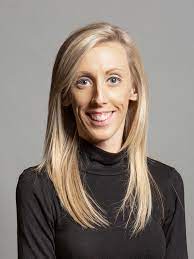 The speech made by Carla Lockhart, the DUP MP for Upper Bann, in the House of Commons on 27 June 2022.

I welcome this Bill and its Second Reading in this House today. I also welcome the fact that the Government now recognise the significant problems caused by the protocol and the damage it is doing to political stability, to community relations, to vast swathes of our economy in Northern Ireland and indeed to businesses in GB. The Bill is a recognition of, and an appropriate response to, the unreasonableness that is intrinsic within the protocol and the fact that, despite protracted engagement with the EU, the only thing more unreasonable than the protocol itself is the EU’s attitude. Its obstinate approach to those intent on finding common-sense solutions that will undo the damage we are seeing in Northern Ireland is what brings us here today. Those solutions, with good will on all sides, can work for everyone. That is what my party desires: solutions that work for, and can be supported by, everyone.

I know that there are Members in this House who will rail against this legislation today, and we have heard some of them already. It is worth reminding the House that some of those are the same voices that have called for the rigorous implementation of the protocol but, having begrudgingly realised at least some of the issues with the protocol, they now say that the way to deal with the protocol is through negotiation, and no reasonable person is opposed to negotiation. Might I suggest, however, that they listen to Maroš Šefčovič, who holds some form of demigod status in the eyes of the SDLP and Alliance? He has stated adamantly that renegotiating the protocol is unrealistic.

While those who oppose this Bill deal with the unrealistic, my party and now the Government are dealing with the real problems caused by the protocol: the huge administrative burden and associated costs foisted on businesses because of the sea border; the increase in transport costs that is making bringing goods to Northern Ireland more expensive; the banning of items being imported into Northern Ireland from other parts of the United Kingdom; and the constitutional change for which there is no consent. It is time for other parties to wake up. I commend the many Members right across the House who have spoken in support of this Bill today. The transfer window is open: Members can switch from team EU to team Northern Ireland, and it is time they joined those of us whose intent is to resolve these issues for the betterment of our economy. Also of fundamental importance is the urgent need to restore the principle of consensus that has been so fundamental to our political process.

This House has heard in many debates on the withdrawal agreement and the protocol that the Belfast agreement must be protected, and Members on both sides of the House need to ask themselves whether they really mean that. If they do, they will recognise that consensus is the cornerstone of our political process. We need to get back to consensual progress, as the reality is that no Unionist elected to this place or the Northern Ireland Assembly—not one—accepts the protocol. That ought to be of concern to all who value the progress made in Northern Ireland, so I make a sincere appeal to the Members and parties who have met Unionist opposition to the protocol with ridicule, sneering and ignorant dismissal to ask themselves whether they share that desire to get us back on track to consensual progress, and to stop the slide into division and the destruction of what we have achieved.

I urge the Government to stay on course and to ensure this Bill passes with haste and without amendments designed only to undo the proposed solutions contained within. We need to get Northern Ireland back on track, and I urge colleagues to back the Bill and help to do just that.