The comments made by Brandon Lewis, the then Minister of State at the Department of Housing, Communities and Local Government, on 12 November 2012.

On 18 October, the government announced our intention to postpone the next business rates revaluation in England from 2015 to 2017. Clause 22 of the Growth and Infrastructure Bill currently before the House of Commons will deliver upon this commitment.

During the recent Westminster Hall debate on business rates and during the second reading debate on the Bill, ministers committed to provide more information on the analysis which has informed the government’s position to assist parliamentary scrutiny.

A full assessment would require a revaluation, which in itself would cost £43 million and take a significant amount of time. However, the Valuation Office Agency have today published their high level estimates of non-domestic rental and rating assessment movements for England as at January 2012; it provides an illustration of the potential impact those rateable values would have had on business rate bills. The Agency’s analysis is based on professional judgements informed by limited rental market evidence up to January 2012. The analysis has been prepared independently of ministers and published in full.

The last revaluation was based on April 2008 valuations and rents set at the height of an unsustainable property boom. Since then, the economy and property market have faced exceptional changes. Rents have fallen since that property boom. Some groups have assumed that falling business rents would entail falling business rates. However, this is not the case. While aggregate rateable values have fallen, this would automatically be offset at the revaluation by a higher rating multiplier. Firms would just be required to pay a higher proportion of their rateable value.

The Agency’s estimates are based on an increase in the multiplier of 16%. My department has actually forecast an increase of 20%, as a consequence of inflation and the adjustment required to the multiplier for appeals; in this context, in practice, the losers would be likely to be even greater than those presented in the Agency’s paper.

Overall, the Agency’s analysis suggests that 800,000 premises would have seen a real term increase in their rates at a 2015 revaluation. This compares to 300,000 seeing reductions.

Given business rates are the third biggest outgoing for local firms after staff and rent, such changes would invariably feed through to more expensive prices for family’s weekly shop, more expensive pints in pubs and a significant hit on Britain’s tourism trade. Indeed, as Community Pubs Minister, I am very aware of the concern expressed by honourable members on the pressures being faced by local pubs.

Revaluations should be revenue-neutral, and equally, postponing the revaluation will be revenue-neutral. Overall the revaluation would not change the total business rates paid in England, so some sectors and locations would have seen reductions at 2015. During recent parliamentary exchanges, it was unfairly suggested that that this change was being done to assist southern parts of England at the expense of other parts of the country.

However, our analysis shows that offices in central London would have seen by far the greatest reductions in tax paid if the 2015 revaluation had gone ahead (a fall in aggregate rateable value that is one of the reasons why the multiplier has to be increased by so much to make up for the lost revenue). There are complex variations by both locality and by sector in different parts of the country, but what is clear is that there would be far more losers than winners across the country as a whole. In making this decision, ministers are seeking to support the national interest and the economy as a whole.

I appreciate that as a very direct form of taxation, business rates are not popular. Local government finance is too often opaque and confusing. However, we are acting in an open and transparent manner. This independent evidence shows that by postponing the 2015 revaluation, we will protect local firms and local shops from sharp changes in business rates bills at a time when we want to ensure the economy is growing. It will provide business with a stable economic environment in which to invest and support jobs for the next 5 years.

A copy of the document will be placed in the Library together with a copy of the Impact Assessment for the Growth and Infrastructure Bill. 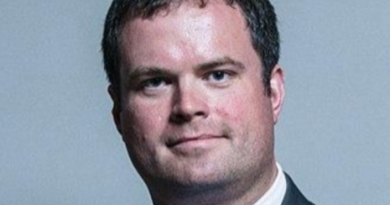