The comments made by Brandon Lewis, the then Minister of State at the Department of Housing, Communities and Local Government, on 29 November 2012.

Welcome. It’s great to see so many people from right across the local authority spectrum here today.

And the issues we’re discussing couldn’t be more pressing. In fact, they go to the very heart of why we entered public life in the first place.

Now, the one thing I have learned as a local councillor and as an MP is that in every local area you will find a complex cauldron of issues requiring a sophisticated local response.

So, in my old patch of Essex, they’re wrestling with the increasing demands of an elderly population on overstretched hospitals and care homes. But they’re also wondering how to address the rise in re-offending and domestic violence.

Meanwhile, up the other end of the country, in West Cheshire, they are looking to deal with persistent pockets of long-term unemployment, and low-economic activity. And they too are having to face down the problems of domestic violence.

Our pilots were set up precisely to address these entrenched, many sided issues.

We know these are the sorts of things governments have been talking about tackling since the year dot. But the point is our pioneers are actually involved in something radically different from what’s gone before.

In the old days, we grew used to the man from the ministry dipping into his ever diminishing bag of tricks and pulling out another quango. We got used to broad brush, one-size fits all solutions – which actually suited nobody.

What we ended up with were ill-thought through, inefficient and unnecessarily expensive, public service silos.

We saw cash funnelled to places that were most likely getting funds from another quarter.

We saw, in Essex’s case, the proliferation of services – a staggering array of eighty agencies and over 116 phone numbers offering services to victims of domestic abuse.

And we witnessed inequality, lack of access – a society less free, less fair and less united.

I’m no actuary but when I heard that some London boroughs spend more than £25,000 on an individual with serious health conditions and less than £300 on those with minor health conditions, I sense a problem…

Example of the problem: West Cheshire

But, you only really get a sense of the problem when you start to consider the people.

So let’s consider the experience of one woman from West Cheshire. For the sake of her privacy let’s call her Jane.

Jane’s husband has been going through a difficult time since he lost his job and he’s started drinking. One day Jane calls the police and reports her husband for hitting her.

But, as her GP knows, this isn’t the first time it’s happened. It’s the 30th. And, shockingly, that’s not untypical. Nationally it takes on average 34 incidents before domestic abuse is reported.

And it’s no coincidence that (in West Cheshire) £1.2 million is spent by GPs on managing the consequences of domestic abuse.

Back to the story. The police assess Jane’s husband as a standard risk and order him to stay away. But within days he’s back. Smashing down the front door, putting Jane in hospital and later finding himself in prison.

Now West Cheshire realised the tragedy of this situation, was that it could have been avoided. They found that almost all of the £20 million spent on dealing with its 9,000 cases of domestic abuse was reactive.

So thanks to a subtle rewiring of the system they will now make sure Jane doesn’t have to end up in a hospital bed before anyone raises the alarm.

What will they be doing differently?

First, they’ve recognised prevention is better than cure. So they’ve developed a volunteer outreach programme providing mentoring support. It’s made up of people who have been through what Jane’s been through.

Second, they’ve understood that local people can easily get bewildered by the many different “front doors” agencies. So they are ensuring Jane has a single point of contact. Someone to work with her whole family to join up the dots. That way Jane will speak to the right people at the right time to get the support she needs.

And thirdly, West Cheshire have made sure all relevant local services are in on the act. The police, local authorities, GPs and voluntary services all working together. So Jane will get beefed up security. While her husband will be made to face up to his actions and helped with his broader drinking problems.

Delivering in this way will make a real difference to the whole family and at the same time it will save the public purse £17 million over the next five years.

Local people at the heart of the system

What’s key to West Cheshire, to its fellow pilots, to the whole of our open public service reform programme – of which these initiatives form an integral part – is that they put local people at the heart of the system.

People’s lives are complicated enough. We don’t need to make things even more confusing. What we do need to do is reduce dependency and give individuals a greater sense of independence.

We know our services would be better if they were more responsive to local peoples’ needs, better serving the people that pay for them and use them.

Equally, different areas work best when you, our public sector leaders are unconstrained. What’s more, free people up to innovate and they come up with ingenious, inventive solutions to complex, previously unsolved problems.

And the magic of this approach is that it will save money. Lots of it. Greater Manchester alone, for example, reckons that improving its early years service will save £215 million over the next couple of decades for each year-group of children.

There’s plenty more I could say about the pilots. About how they’ve got eight Whitehall departments working hand in glove with local authorities. About how we’ve taken civil servants out of their ivory tower and parachuted them into the places where the problems lie. About how we’ve managed to get people from all the relevant services, in a room, round a table, talking. But actually I hope you’ll use today to find out more for yourself.

Instead, I’d like to turn to another group of pioneers. I’m talking, of course, about our neighbourhood community budgets. Now these are only part way through their work, yet the signs are already encouraging.

White City, has established that around £40 million is spent on services in their neighbourhood from housing and employment to welfare benefits and adult social care.

Yet it remains one of the most deprived areas of Hammersmith and Fulham with high levels of unemployment and crime, low educational attainment and high mortality rates.

But now local providers and residents are sitting down together to redesign local services. At long last we’re making progress.

Meanwhile, Ilfracombe, in Devon, is developing an innovative virtual bank that shows local people the annual public sector investment in the town and what they are getting for it.

What better way to encourage local people to take the big decisions that affect their area?

So our Whole-Place and neighbourhood pilots are showing us the way forward. Helping us rethink how we’ve always done things. Showing us the merit of going back to the drawing board, following the money and working together.

I don’t expect we will find all the answers here today. But this isn’t about looking for new panaceas or new wonder cures for every one of our country’s ills.

This is about using innovation and imagination to make the most of what we’ve got. And if you’ve ideas and thoughts on what else we can do and where we can go next, I’m all ears. 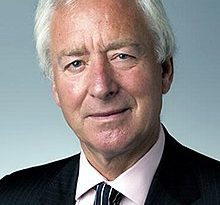