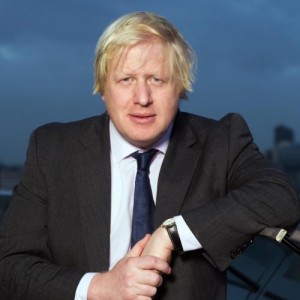 Below is the text of the speech made by the Mayor of London, Boris Johnson, on the draft budget.

Value for money and freezing the precept

Good morning. This administration has been dedicated to delivering value for Londoners’ money, and to leading the city to a strong economic recovery. You must remember that in the last four years we have not only been dealing with the deepest recession for 50 years.We have had to overturn and reform a culture of waste in City Hall.I might mention the £37000 spent on first class tickets to Havana, the £10,000 spent on a subscription to the Morning Star.These were the just the symptoms of a regime that could casually spend £34 m on architects drawings and consultancy for a west London tram that had no chance of happening. A regime that was happy to squander tens if not hundreds of millions on LDA projects, some of which verged on the dodgy.

We have delivered sound finance to London government, with a 25 per cent reduction in managers at TFL, which now has 3500 fewer staff and which will have vacated 23 buildings by March.We have secured £2bn in savings already, and those savings would have been unthinkable under the previous administration. This budget delivers a further £1.5 bn of savings. And it is those savings that have allowed us to concentrate scarcer resources on the priorities of Londoners.

We promised a 24 hour freedom pass – and we delivered it and will protect it.We promised a booze ban on public transport. We delivered it and with the help of hundreds of extra crime fighters we have made the tube network the safest in Europe and brought bus crime down by 30 per cent.I scrapped the vindictive £25 charge on family cars, and I kept my promise and listened to what Londoners really thought of the western extension zone of the C charge. I promised the world’s best cycle hire scheme, and it has been so successful that there are demands for it to be extended to other areas.

We didn’t rage pointlessly at the Train Operating Companies – we persuaded them to take oyster on the overground, with the result that millions of Londoners not only have that convenience but cheaper oyster fares.It is under this administration that the east London line was completed, on time and on budget – and it was this administration that drove forward its second phase, to Clapham junction, to finish London’s first orbital railway. We were the first administration to introduce a roadworks permit scheme, which now has 27 of the 33 boroughs signed up to and the rest shortly to come on board. This is now beginning to control the number of roadworks. They are now down a quarter on the TLRN from their peak. And when we get lane rental the war on roadworks will have a new and formidable weapon.

This budget builds on our success in securing – despite the tightest spending round in generations – funding to deliver in full Crossrail and the Tube upgrades. When we arrived in City Hall we found a creaking public transport system that had suffered from decades of under-investment. It was obvious that the PPP contracts were not delivering upgrades and were wasting hundreds of millions of pounds. It was this administration that ended that madness – and will allow us to ensure that we save Londoners hundreds of millions of pounds, and deliver the upgrades on time and on budget and in a way that suits the needs of the London travelling public.

We know that TFL staff are dealing with antiquated assets – and that when a 1920s signal box goes wrong at Edgware road it can disrupt 250,000 journeys. The hole punch signalling technology at Earl’s Court and the 40 percent of the Tube’s rolling stock past its expected lifespan. If the upgrades didn’t happen these assets would fail more frequently, resulting in a 30 percent reduction in capacity. Londoners will be asking as they make their decision what will be cut by those who call for a £1.2 billion reduction in TfL’s revenue. Perhaps it’s the Bank station congestion relief work, or the upgrades on the Piccadilly and Bakerloo lines. Or perhaps the sub-surface lines. Or congestion relief works at Victoria, Tottenham Court Road and Bond Street stations. Or cutting the Safer Transport Teams and the bus network. Which would it be? I know we will be rehearsing these arguments over and over again and I understand the politics of it. As has my predecessor who has made the same promise in 2000, 2004 and 2008 and yet has never actually delivered on that promise.

Turning now to the MPS budget. It is the first priority of the Mayor to keep Londoners safe and I believe in keeping numbers high. That is why I am re-balancing the precept towards the police to maintain those numbers. And of course again I understand the politically motivated but frankly false claims made by some about “police cuts”. There will be around 1,000 more fully warranted police officers on London’s streets at the end of this term than I inherited. That along with more than doubling the number of specials from 2,500 to over 5,000 and single patrolling has meant that there will be one million more visible police patrols at the end of this term than at the beginning. All of this has meant an overall reduction in crime over this Mayoral term of over 10 percent.

Youth violence is down over 15 percent, robberies down almost 17 percent. Remember back in 2007 the numbers of teenage homicides. Just one is one too many but programmes like Operation Blunt 2, which has taken 11,000 knives off the streets and Time for Action has had a genuine effect with the number of violent teenage deaths, with the number halved. This budget builds on the successes of this term and there will be NO police cuts while I am Mayor. We will keep numbers at what I believe to be a safe level, which is around 32,000. Safer Neighbourhood Teams are sacrosanct under me. They will all retain their structure of at least 2 PCs and 3 PCSOs overseen by a sergeant.I would like to take this opportunity to pay tribute to all of those who served on the MPA the past 12 years. And to Kit Malthouse for his excellent chairing of that body and now leading the MOPC through difficult negotiations to deliver this excellent budget for the Met.

LFEPA has had real success over the last 4 years with the fire brigade engaging much more with the community, increasing the number of home fire safety visits by over 80 percent and the incidences of arsons has halved. This budget builds on the success delivering more savings to a total of £48 million during this Mayoral term. This year saw some of the busiest nights in the Fire Brigade’s recent history and I pay tribute to all of London’s firefighters for managing the situation with their usual professionalism and incredible bravery. The London Fire Brigade has been an exemplar of the public sector doing more for less and sensible investment for long-term savings. In this budget we are using £4.469 million in ear-marked reserves to buy-out outdated terms and conditions, which will save £1.362 million every year hereafter. Under this Mayor there will be absolutely no reduction in fire cover and we will continue to make London a safer city.

The last year has seen the LDA and the HCA successfully integrated into the GLA. My budget cements that ensuring full delivery of their programmes. I promised that I would deliver 50,000 new affordable homes – the most in any single Mayoral term. And despite the terrible economic conditions of the past few years by May they be. And during the next investment round, over 2011 – 2015, we will deliver a record breaking 55,000 affordable homes, which will not only house London’s workers but will also create 100,000 jobs.

The apprenticeships programme has succeeded well beyond our expectations, surpassing our original targets with 40,000 already underway. The budget gives us the means to deliver our new target of 100,000 by the end of this year. This budget allows us to complete the delivery of £216 million to regenerate the capital coming from my Regeneration and Outer London Funds and the Growing Places Fund. Together, these are helping to give our high streets a real boost. Some traders in Orpington and Bromley have seen a significant increase in footfall and sales following investment from round one of the Outer London Fund. And I know we all look forward to the delivery of round 2, which will see 23 projects across 18 boroughs. This budget allows these investments without any extra borrowing – again showing how this administration’s careful stewardship of the public finances will not burden future generations in debt – in stark contrast to the former Labour government.

Last but not least this budget delivers, through the new Mayoral Development Corporation, a true legacy for the Olympic and Paralympic Games, on time and on budget.And this budget delivers the legacy that had been promised. There will be 10,000 new homes – 40 percent of them family sized – and 10,000 permanent jobs in addition to all those already created by Westfield and other regenerated parts of east London. We are carrying forward a £30m programme in grass roots sport – with more to come – to deliver a sporting and health legacy. For young and older Londoners ; and I thank Kate Hoey for everything she is doing on this.

This is a budget that builds on this administration’s achievements over the last 45 months. It delivers the promises I made four years ago and is a budget to grow London’s economy. London has a fantastic future. We are in the right time zone, speak the right language, and unlike virtually any other city in western Europe we have a young and growing population. But that dynamic and growing city needs investment if it is to compete. We need new river crossings. We need to extend and improve the tube network. We need to continue to improve reliability, and to end the scandal of overcrowding on a scale that would not be tolerated for the carriage of livestock.

We have a choice. We could go for a short-term political swindle that will cut more than a billion from our investments – and which would simply drive fares even higher in the future. Or we can keep going with our programme of driving down crime, investing in transport, and growing the London economy.We can go back to the politics of waste and division and posturing. Or we can get on with the work of improving the lives of Londoners. I want to get on with that work, and I commend this budget to the assembly.