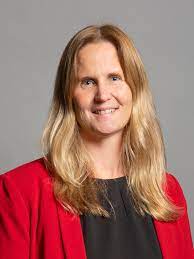 The speech made by Beth Winter, the Labour MP for Cynon Valley, in the House of Commons on 11 July 2022.

I am not going to waste any of my time responding to the appalling and abhorrent comments by the hon. Member for Stoke-on-Trent North (Jonathan Gullis), which were also completely inaccurate and insulting.

I want to put on record my opposition to the regulations, and there are three main reasons. First, it is a flagrant attack on employment rights and a purposeful attempt to inflame industrial relations. The Government are only pursuing these measures to continue to impose their decade-long low pay agenda, holding down the pay of key workers below inflation. It is the Government’s low pay approach that is generating industrial action, and this is a draconian attempt to force people into poverty.

Does my hon. Friend agree that the easiest and best way to stop strike action is to give workers decent pay and good, decent terms and conditions?

I totally agree. That is what we do in Wales.

These measures are unsafe, putting workers and the public at risk. They have been rejected by the Trades Union Congress and the Recruitment and Employment Federation, which said:

I oppose the first of these instruments, in particular, because, as the hon. Member for Arfon (Hywel Williams) said, it conflicts with Welsh Government legislation—the Trade Union (Wales) Act 2017, passed in the Senedd. This Government have made it clear that they intend to legislate to remove that Act through primary legislation when parliamentary time allows. The First Minister of Wales has made it clear that the proposal by the UK Government to revoke the Act is unacceptable. He has said that it is “deeply disrespectful”—

“Not a word in advance, not a letter to say that this is what they intended to do”.

It is hard to believe that any UK Government with a grain of principle and care for the Union could behave in such a cavalier manner. If anyone is going to be responsible for the break-up of the Union, it is this Tory Government by riding roughshod over the devolution settlement. The general secretary of Wales TUC, Shav Taj, has said:

“We will fiercely oppose any attempt to attack workers’ rights and we look forward to a future where workers throughout the UK have the strongest employment rights in Europe, instead of the weakest”,

as it currently stands. This is the act of an out-of-touch Government unaware of their own unpopularity.

We also have to remember why this proposal has come about now. The Government are in a confrontation —they are actually stoking confrontation—with key workers who do not wish to have yet another of this Government’s annual real-terms pay cuts. In the RMT they have found a trade union that is willing to challenge them, and it has my full support, as do all the other unions that are being forced—forced—to consider industrial action, which is always a last resort.

In Wales, the Welsh Government are not in conflict with the RMT. In fact, no industrial action is being taken on Transport for Wales trains, which are publicly owned. The UK Government could have followed suit and taken Network Rail into public ownership, as happened in Wales during the pandemic. The UK Government have so much to learn from the Welsh Government, where a different approach is being taken. The Welsh Government’s approach includes passing legislation to work with trade unions in partnership—the Public Procurement and Social Partnership (Wales) Bill. That is the model that we need to see. The Government are giving a role in statute to businesses and trade unions, and employers and employees, in developing and supporting an atmosphere of co-operation and partnership instead of risk, division and confrontation.

What discussions has the Minister had with the First Minister and Counsel General in Wales on this matter? What discussions has he had with the TUC and trade unions in Wales? What do employer bodies in Wales, or in the rest of the UK, think about his proposals? What consultation has happened with them? What is the view of the new Welsh Secretary on these proposals? I am disappointed that he has not already committed to pausing any progress on overriding the Welsh Government and Welsh legislation while we have a caretaker Government. Is it the Government’s intention to bring forward primary legislation to revoke the Trade Union (Wales) Act 2017, and if so, when will it happen?

This is a Government doubling down on their cost of living crisis. People will not accept it and we will fight back.

Rachel Reeves – 2021 Comments on the Independent Adviser for Ministerial Interests