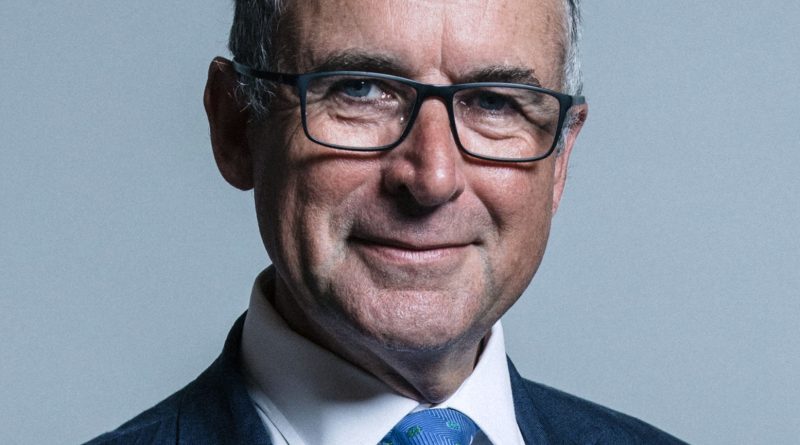 The speech made by Bernard Jenkin, the Conservative MP for Harwich and North Essex, in the House of Commons on 18 May 2022.

It is appropriate that I am following the quite passionate speech by the hon. Member for Nottingham East (Nadia Whittome) about the conversion therapy Bill. I broadly welcome the Queen’s Speech and the Government’s legislative programme. I was always in favour of some kind of legislation about conversion therapy, but the more I have looked at the issue, the less and less happy I am that there should be such a Bill, not because I am in favour of conversion therapy, but because I cannot see that legislation is either necessary or desirable. I am ready to be proved wrong, but I can think of no coercive behaviour that it would ban that is not already illegal. This Bill will be used to stoke exactly the kind of bitter disputes about transsexuality that we need to resolve before we legislate next in this field. Again, I am happy to be proved wrong—let us see the Bill—but we could have done with some pre-legislative scrutiny of such a Bill.

Although conversion therapy and, indeed, hedgehogs are both fascinating subjects, in terms of achieving economic growth, does my hon. Friend agree that what the Government are doing on levelling-up funds and bringing investment that can act as a catalyst for further investment in great small cities such as Gloucester will help to create jobs, footfall and retail—all the things that people in our country value—in order to have the opportunities to bring about that growth?

I am most grateful to my hon. Friend for that intervention, but we should recognise that these issues of conversion therapy and transsexuality are very important to certain sections of society. They need to be addressed, but we need to be sure that we address them in the right way.

I will, but I do not want to give way too often because we are not time-limited.

Some years ago, I brought forward a Bill on the regulation of psychotherapists, which recommended banning conversion therapy. There was a conference that 100 conversion therapists attended, so this is a widespread and abhorrent practice. Does the hon. Gentleman agree that those who say that transsexuality should not be included seem to be those who think that people would go through the process of becoming a transwoman in order to rape another woman? There are a lot of male rapists out there. It seems to be a lot of effort for someone to have their head kicked in by other men. Transgender people should be included in the Bill.

I had not intended to make a great speech about this subject. I note the point that the hon. Gentleman has made and I wish to move on.

I welcome the forthcoming legislation to protect the Belfast/Good Friday agreement. I say to the right hon. Member for Leeds Central (Hilary Benn), who spoke a few moments ago, that perhaps we agree a great deal about the future of the Northern Ireland protocol. The question is whether we can make it happen unless we have some legislation coming down the track as well, because the EU has not changed its mandate.

I want to concentrate today on much more immediate challenges. Covid supply chain disruption persists in many parts of the world, notably China, and now we have Russia’s dreadful war against Ukraine, which frankly has shattered the geopolitical order that we have become used to for decades. We all used to believe in what the Germans called, “Wandel durch Handel”—the mistaken faith that nations that trade together would never go to war with each other. President Putin has smashed that confidence.

Business and Governments are reducing their exposure to dependency on all autocratic regimes. That is throwing globalisation into reverse, creating massive price increases and shortages. Poorer nations are acting to keep their food affordable for their own people. For example, India has just banned wheat exports, following Indonesia, which banned palm oil exports. We have an acute, growing and potentially far greater energy supply crisis in Europe. Europe cannot continue to rely on supply from Russia. This crisis requires a vast reorganisation of Europe’s energy supply and trading arrangements, and this massive adjustment will take years and is unprecedented. Only major food and energy producers in the world, such as Canada and the US, will avoid the worst kind of recession.

At least the United Kingdom can produce some of our own gas and oil and can continue to expand renewables, but why are we pumping our surplus gas out to Europe this warm spring to fill EU storage capacity, when we should be filling our own? The Government shut it down, and we need to reopen our gas storage capacity as quickly as possible. I fervently hope that we can achieve net zero by 2050 without excessive cost. The Government are right to see gas as the essential transition fuel, but why import gas when we can produce our own more cheaply?

Meanwhile, we must all recognise the cost of living crisis—yes, crisis. Even before today’s shock rise in CPI to 9%, the Commons Library had given me striking projections for the effect of this crisis on households. The full-year cost of just energy and food prices will rise by well over £1,000 a year for the lowest 20% of households by income and by £1,500 a year for pensioner households. A summer package to rescue the most vulnerable households is needed to avoid real financial distress and personal anguish and to support the economic demand of the most vulnerable households, or we will be creating possibly a worse recession than is already expected.

I welcome the suggestion in The Times today that the Government are considering a package. The spring statement represented peacetime thinking. Like after the unforeseen covid crisis, the Treasury must adapt to this unexpected war in Europe and accept that this new global energy and economic crisis also requires a very substantial policy response. I have to say that is far greater than the £3 billion package that the Labour party has offered us, though I do not subscribe to the rest of its fiscal profligacy.

I suggest that the £20 uplift in universal credit should immediately be restored. The abolition of VAT on domestic fuel would abolish a regressive tax that hurts the poorest households the most. We can do that now we are outside the EU. The Government should abolish the green levies on energy bills and fund them from the Exchequer, as recommended by Professor Dieter Helm. The Government should provide pensioners and poorer families with the confidence they can afford to stay warm. We should double the warm home discount and treble the winter fuel payment.

This package would cost not £3 billion, but £13.5 billion from July in this current tax year, but that is still less than the recent tax increases we have seen, and it is about 0.6% of GDP and affordable. Now or later, we should also consider relief for middle-income households. The lower 40% of households will feel severe stress from energy and food costs alone. We could start reindexing tax thresholds, or more, and that would have the advantage of incentivising work and productivity.

I have watched Governments—and Oppositions, I think we saw it today—blindsided by their own commitment to outdated thinking and policies of the past. There is no excuse for another such episode. My right hon. Friend the Chief Secretary is right to sound cautious, but we can see what is coming, and I am confident that this Government will act as they must.