Text of comments made on Twitter by Angela Rayner, the Deputy Leader of the Labour Party, on 15 July 2020.

Julian Lewis MP has the Tory Whip removed after being elected as Chairman of the Intelligence and Security Select Committee, after beating hapless Chris Grayling. I wonder who in No10 ordered that the long serving Tory MP had the whip removed? What a grubby shower they are! 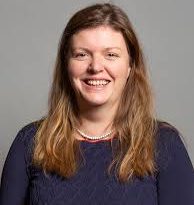