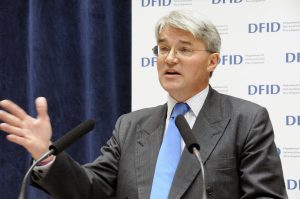 Below is the text of the speech made by Andrew Mitchell, the Conservative MP for Sutton Coldfield, in the House of Commons on 29 March 2019.

I draw the House’s attention to my entry in the Register of Members’ Financial Interests. It is a great pleasure to follow the right hon. Member for East Antrim (Sammy Wilson), whom I first met more than 25 years ago, when he was the mayor of Belfast.

I want to speak up today for compromise. I find myself very much drawn to the arguments put by my right hon. Friend the Member for Chingford and Woodford Green (Mr Duncan Smith)—I was of course his Whip more than a quarter of a century ago, during the Maastricht debates. Today, we are in absolute agreement, and I think he spoke extremely well in the cause of compromise.​

I voted against the Prime Minister’s deal in January because I thought there was time for the overall deal to be changed in the best interests of those I represent in the royal town of Sutton Coldfield. However, I voted for it earlier this month, because I thought the options and the opportunities had narrowed significantly, and I will be voting for it today.

I do not like the deal. I have concluded that it is the least worst option. I am particularly worried about the backstop, but above all the central point that I am worried about, which my right hon. Friend the Member for Wokingham (John Redwood) mentioned, is that the way that we have gone about this has breached the fundamental rule, which certainly applied when I used to go to ministerial meetings in Brussels, that nothing is agreed until everything is agreed. It is the failure to endorse that cardinal principle of negotiating with the EU that has let us down so badly.

The Government have found a way to keep themselves compliant with your directions from the Chair, Mr Speaker, but today we are essentially discussing and voting on the Government’s deal. I will vote for it. If it goes down tonight and the Government fail, this House must accept that we are back, fair and square, in the process set out by my right hon. Friend the Member for West Dorset (Sir Oliver Letwin), which I supported. It was no surprise at all that the House did not make a decision on Wednesday this week and effectively voted no to everything, but if the Government fail today, the House must recognise that the votes on Monday will be extremely important. In my judgment, it is likely that the House will vote yes to at least two of those options.

The right hon. Gentleman is making an important point. Was he not also in some way inspired by the process a couple of days ago, in that on Monday we have an opportunity to vote for something for which there could be a majority? In fact, just two days ago, three options achieved more votes than the Prime Minister’s withdrawal agreement did in two previous votes.

The hon. Gentleman makes an interesting point in his own way, but my point is that on Monday the House will need to choose. If the Government cannot do it, the House must do it, and we must remember that in spite of some of the things that are said, including from the Government Front Bench, the Government are accountable to Parliament and not the other way round. No two colleagues agree entirely in what they say in this House, but in my view there will be a result on Monday, and the Government must honour it.

I am so sorry; I do not have time to give way.

I hope very much that the Prime Minister will agree that members of the Cabinet—all Ministers—can vote freely on Monday. Otherwise, senior Members of Parliament will be disenfranchised from this process. There should not be a Whip. If we come to this on Monday, it will be a House of Commons occasion. The House of Commons must seek to sort it out.​
I find myself in a minority in the House of Commons. I think the House overstates the dangers of no deal. I do not believe there is such a thing as no deal. I think that, were we to leave with what is called no deal, there will be a whole series of smaller deals, some temporary and some more permanent, and some stops, so I do not worry as much as many of my colleagues do about the dangers of no deal.

Equally, I think that the House massively underestimates the dangers of advancing towards a second referendum. The anger, irritation and annoyance of our constituents will be palpable, and in my judgment, it would be very likely to solve nothing at all. Imagine the nightmare of the country reversing the earlier vote and voting 48:52 to remain. What would that mean for our democracy? What would that mean for the votes of the people in both those referendums? For this House to advance down the route of another referendum would in my view be a very serious mistake indeed. However, if the Government cannot do a deal that the House of Commons will accept, and if the House of Commons cannot come to an agreement in the way that I have described, the ineluctable logic of that position is that it will have to be referred again to the British people, and in my view that would be an absolute disaster.

I end on this point. This is an important negotiation. I think that we have been out-manoeuvred as a country by the European Commission and the 27 standing absolutely firm, as they said they would, which many of us did not believe. However, this is an important negotiation, and they have interests and we have interests. In my judgment, unless the European Union and the Commission can show a little bit more of a sense of compromise on what the Government have been saying, it will leave a profound legacy of bitterness across the channel between the European Union and this country. They are our friends and partners. We will trade with them, do business with them and work with them over the coming years and generations. We also have huge security interests that bind us together. I obviously hope that the Government are successful today, but if they are not and we move into those further processes—the unknown—the Commission will also bear in mind its interest in trying to reach a deal that is good for both parties and is not imposed on one of those parties.