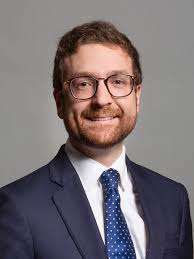 The speech made by Alexander Stafford, the Conservative MP for Rother Valley, in the House of Commons on 21 April 2022.

Much has already been said about the police’s investigation, as a result of which the Prime Minister was issued with a civil penalty. He paid it immediately and came to this House at the earliest opportunity to give a heartfelt apology. Not only that: it is clear that he and the Government do not oppose moving the matter to the Privileges Committee, which shows that his contrition is right and true.

All politicians should be held to the highest standards, be that the Prime Minister, the Leader of the Opposition, the right hon. Member for Islington North (Jeremy Corbyn) or the Scottish First Minister, and all of them have been caught and photographed in covid-compromising positions. They should all be referred to the Privileges Committee to be investigated.

The Prime Minister paid the fine, and rightly so. He has been unequivocal that he respects the outcome of the police’s investigation and that he will always take the appropriate steps. The central issue is whether he intentionally or knowingly—those are the vital words—misled the House. I point to an article published in The Times on Saturday 20 June 2020, the day after the event in question in Downing Street. It reads:

“Boris Johnson celebrated his 56th birthday yesterday with a small gathering in the cabinet room. Rishi Sunak, the chancellor, and a group of aides sang him Happy Birthday before they tucked into a Union Jack cake. The celebrations provided a brief respite after another gruelling week”.

The Prime Minister has said that it did not occur to him then or subsequently that a gathering in the Cabinet room just before a vital meeting on covid strategy—to save lives—could amount to a breach of the rules. That event in No. 10 was reported the next day in a national newspaper and did not then prove controversial. It is unfathomable that the Prime Minister’s team would have alerted journalists to the event and incriminated him if he believed that it was against the rules. That does not make sense. Nevertheless, the Prime Minister apologised and has been punished. Further, for transparency, he has welcomed the matter being moved to the Privileges Committee.

I also want to briefly address an article yesterday in The Times, which reported that

including personal attacks for supporting the Prime Minister. It is outrageous that the Leader of the Opposition came here on a day on which we talked about tolerance in politics to lay out such a threat of bullying against Members of this House. We all have our own minds. We may all disagree, but I and many colleagues have had death threats and to threaten people and to try to stoke that is incredibly dangerous.

There were no threats of bullying made. What we are talking about is an electoral threat. I have had to take two death threats to the police that directly quoted words said in this place by the Prime Minister of our country. People have attacked my office on the basis of the words of our Prime Minister and, when that was raised with him, he said, “humbug”.

We must be honest that we face death threats on both sides of the House—[Interruption.]. No, this is an important point. No one should get abuse in their job. My point is that only yesterday—a day when we were talking about debates—the article said:

through personalised attacks. I am sorry that the hon. Member received death threats; she should not have done.

Is not the point that we all face abuse from being in this place—as one of the youngest Members in the Chamber, I fear every day for the bullying and harassment that I will receive—and that all targeted attacks do is stoke the flames so that we receive more abuse?

Indeed, they do. We should all rise above that and treat each other with the courtesy that everyone needs in a place of work. Sadly, we have witnessed the violence that colleagues have been exposed to and, ultimately, the deaths of two colleagues.

Going forward, the Prime Minister has clearly taken significant measures to improve how things are working in No. 10, and there are more changes to come. We have talked about Christian forgiveness. I am a Christian—a Catholic—and this is a Christian country. Forgiveness is at the core of what we believe. The Prime Minister has offered a heartfelt apology and his contrition. He has come to the House, and he is happy for the matter to go to the Privileges Committee; he does not oppose that. He has apologised. We need to look at that.

It is now time to crack on with the priorities for our country. We have an obligation to deliver on our election promises, and I look forward to the Government focusing on important issues for my constituents in Rother Valley, including getting the Rwanda illegal immigration scheme up and running as soon as possible and winning the war against the fascist Putin. The Rwanda scheme will save lives, defeating Putin will save lives and, through covid, the Government have saved many lives in this country.