Below is the text of the speech made by Alex Cunningham, the Labour MP for Stockton North, in the House of Commons on 16 March 2020.

This Budget is slightly different from others we have seen over the years. Suddenly, spending billions on industrial investment is not being mocked by the Conservatives, as it was when Labour pledged to do it just four months ago. So let me start with what is good about this Budget: hundreds of millions for carbon capture and storage and an indication that Teesside may well be one of the centres for a project. It would, however, be good for the Government to come forward with a statement confirming that Teesside will get a project. After all, it is better placed and more ready than anywhere else to help the Government to deliver the kind of project that can be world leading.

Members may know that I set up, and have been the chair of, the all-party group on carbon capture and storage for the past six years. I have met with Ministers. I think they were all convinced of the case, but nobody could get through to the Treasury. I have tabled questions, written letters, organised events, made interventions, given speeches and secured debates urging successive Governments to invest in carbon capture technology and sites. I have campaigned vigorously for carbon capture to be taken seriously by politicians. Like those in the industry, I was devastated when, in 2015, the then Chancellor, George Osborne—without warning—pulled more than £900 million of funding, halting at a stroke two major projects instantaneously. It was a bad day for the industry and there is some way to go to make up that lost time. I only hope the funding this time will see the cash actually spent before the Chancellor thinks it would be easy pickings for a future cut.

I am really grateful that we are now seeing progress and it appears that we may even be seeing some infrastructure benefits for the Tees valley too, but some of the announcements by the Tees Mayor seem a little wide of the mark. After the Budget, he claimed to have delivered a free port for the Tees, yet there is no mention of it in the Red Book and, as I understand it, there has been no announcement from the Government. Perhaps the Minister can confirm the Mayor’s claim. The same Mayor has also claimed that he secured £80 million for Darlington station. Perhaps the Minister can tell me where I can find that cash in the Red Book or even in the rail network enhancement programme. It is simply not there, so will the Government confirm that the £80 million is actually ready to spend in Darlington?

After 10 years of austerity and a severe lack of ambition, the Budget comes nowhere near to making up for past cuts. The Chancellor was throwing money around like confetti, but, with no real tax increases and a downturn in the economy, it begs the question: where is the cash coming from? Perhaps he has not had time to cost it yet; we always cost our Budgets.

The Budget has done nothing for the chemical industries on Teesside, where companies are still nervous, as there is no provision for the increased costs these firms will face due to the uncertainty over the REACH regulations. I appreciate Ministers taking the time to meet me and organisations concerned about future regulations, but it ​is now time for them to step up and take the action the chemical industries are asking them to take to secure the future of their businesses.

It is not just industry that is worried and under pressure; our public services are, too. I hope that this country pulls through this crisis and that the Government start to truly recognise the impact that health cuts can have because, by the time the crisis comes around, it is too late to restore what has been cut overnight. Perhaps the shortage of ventilators is one of the best examples of the resources in the NHS falling short, and it is in the lives of people that we will pay the price. It is in areas such as mine, where some wards are among those with the lowest life expectancy in the country, that people will be most vulnerable to the coronavirus. As I said in my intervention, I was grateful to the Minister for Health for listening to the case for a new hospital in Stockton—a 21st-century hospital—to address the huge health issues in my community. Since the new hospital was cancelled by the then Tory-Lib Dem coalition in 2010, I have spoken about the need for it in every single Budget debate since. I am pleased that at last we have taken even a tiny step forward, so I thank the Minister.

However, it is not just about hospitals; as others have said, this Budget has also failed to deliver on social care. In the context of our current situation, in which covid-19 is more dangerous for older people, this seems to be an even more severe mistake. What is happening when careworkers come down ill, are self-isolating, at best, and older people in need of those carers are left alone? How are the Government prepared for this particular part of the crisis? Simply put, what the Budget has done is to highlight the inadequacy of our welfare state. It has proven that our safety net is not fit for purpose. We should not simply do and be better now that we are facing a crisis. If we can make procedures and processes more quickly and streamline now, there is no reason why that could not have happened before.

I continue to be concerned about the lack of action this Government have taken for those on lower incomes. I agree with the Union of Shop, Distributive and Allied Workers when it says that the Budget does not address working family poverty. This was the year by which child poverty was due to have been eradicated, and the lack of mention of that in the Budget speech just proves that it is not on the Chancellor’s radar. According to the North East Child Poverty Commission, almost 210,000 children in the north-east are growing up poor. The Budget did nothing for them. I also back the call from USDAW—I am not a member of the trade union—for the two-child limit to be scrapped and the five-week wait period for universal credit to be shortened. That has been echoed by Macmillan Cancer Support. Many people with cancer have to give up work directly because of their illness and it is unacceptable that they have to wait five weeks for their initial payment. It is inhumane and it should never have been part of Government policy.

Inequality in our country continues to grow, yet we see no real intent from the Government to close the gap and it is the people in areas such as mine that will lose out once again. That is why our new hospital is so important. I do not feel that the Budget is fit to address the problems we face as a society, and certainly not on Teesside.

John Page – 1985 Speech on the Televising of the Commons 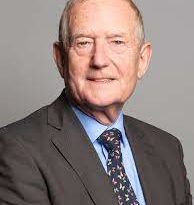 Barry Sheerman – 2021 Comments on His Retirement