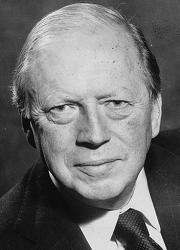 Below is the text of the maiden speech made in the House of Commons by Airey Neave on 29th July 1953.

This is the first time that I have had occasion to address this House and I ask the indulgence of hon. Members. A maiden speech in the House of Commons is a milestone in the life of a new Member and I ask, therefore, for the consideration of hon. Members when I make certain points on the subject of defence.

It may be thought that this is a complicated and difficult subject for a maiden speech, but I have chosen it for certain reasons. In the first place, in my constituency of Abingdon, which I have recently come here to represent, there are certain defence establishments, in particular the Military College of Science at Shrivenham and several other Service establishments, as well as the Atomic Energy Research Establishment at Harwell. As hon. Members will be well aware, my predecessor was much interested in defence matters and it would appear that I shall be connected with such matters through having these establishments in my constituency.

There are personal reasons why I should like to take part in this debate and to put forward a few views which I hope will be regarded as not very contentious. The first is that I served for a long time in the Territorial Army, recently leaving it, when I retired about two years ago, and I specialised during the last war in military intelligence. As a consequence I want to lay emphasis on the subject of training in that sphere, and the points I want to make about National Service men are in respect of the time they will spend in the Territorial Army. I also want to suggest certain measures by which they can be attracted towards remaining in the Territorial Army on a voluntary basis.

It is clear to all hon. Members that a certain amount of radical re-thinking is required upon defence policy. I want to preface my remarks by referring to the need for highly trained Reserves. That applies to the policy of having a system of defence under the North Atlantic Treaty Organisation. Highly trained Reserves are essential to any practical scheme of defence. That point has been made by General Eisenhower on numerous occasions and it is in that connection that I shall call attention to the principle that, in respect of the Territorial Army and other Reserve organisations in the future, it is our duty to seek the highest quality as much as quantity by creating large and skilled Reserves. By encouraging the voluntary aspect of service in the Territorial Army, and by encouraging men to remain on after they have done their National Service, the Territorial Army could be made more attractive to the National Service men of the future.

My first point is that the training of Territorial intelligence officers should be encouraged. That is a type of military service which would be highly suitable for certain types of men who might volunteer to remain on in the Territorial Army. There is at present a certain amount of machinery for that purpose in the field security units which exist in T.A. camps, but it should be carried much further. In the war, no branch of the Armed Forces had a higher proportion of civilian soldiers than military intelligence, and it will be well within the knowledge of hon. Members that many men came from offices and factories to carry out this type of work. It is thoroughly interesting work, and although there may be security problems involved in taking on Territorials for this purpose—former National Service men—I suggest that a lot could be done.

I therefore have three suggestions to make which I hope will find agreement in the House. First of all, we should encourage more language training for Territorials. That could certainly be done more widely than it is at the moment. It would be useful to have a pool of trained linguists available from the resources of the Territorial Army. Secondly, it should be possible to send Territorials abroad in connection with the liaison work which may be required if, unhappily, we have to defend Western Europe through the North Atlantic Treaty Organisation. Individual Territorials could be sent abroad to study such problems in Europe and in other N.A.T.O. countries.

Another point which concerns all Territorial units is training abroad. Would it not be possible to send them abroad a great deal more than is done at present? I know that certain airborne units are being sent abroad for their annual training, but it could be done more generally so that the Territorials could study some of the ground upon which they might unhappily one day have to operate, although we hope that the present relaxation in the international atmosphere will prevent that from occurring.

Speaking of the policy of building up these highly-trained Reserves, I suggest that these are imaginative and interesting methods of training, more likely to attract men to the Territorial Army than an increase in bounty or action of that kind. It may well be that such an increase in bounty would do a lot of good, but if we are to build up skilled Reserves we must attract the sort of people we want by the methods which I have suggested.

My final point can be put much more shortly and it relates not to training in intelligence but to the provision of up-to-date weapons for the mechanics and skilled engineers and, indeed, the infantrymen who are willing and available to join the Territorials at present. I realise that this involves very difficult questions of cost and the whole problem of keeping weapons up to date, but as to the nature of the training, I ask the House to consider that it is very important that mechanics and trained engineers should do a type of voluntary training which does not involve too much in the way of regimental duties or too much foot drill.

Although such duties and training are necessary for certain branches of the Army, I think we ought to provide specialists with facilities to study, in the case of those I have mentioned, the mechanics of new, technical and complex weapons. It seems to me that to adopt this procedure and to cut down the purely regimental duties is a much more effective way of training them, because in my submission it is our duty, in building up a specialist Reserve for the future, to concentrate on quality.

In that connection, although I do not wish to go deeply into the subject, I think the standardisation of weapons should reach down into the Reserves within the N.A.T.O. system. That certainly would be of assistance in bringing about some of the results which I have suggested.

I have made those few points and suggestions for future methods of training in looking ahead to the possibility that we may have to rely upon a long-term plan for training Reserves for the Army and, indeed, the other Services. I believe these are methods by which we can establish an efficient defence system in the future. I thank the House for listening so patiently to my views on the subject.

Emily Thornberry – 2020 Speech on the Joint Comprehensive Plan Of Action

David Cameron – 2006 Speech to the Centre for Social Justice