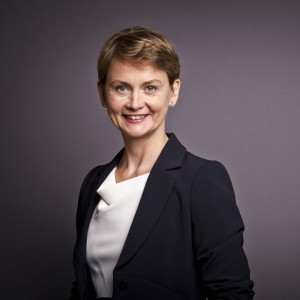 Below is the text of the speech made by Yvette Cooper in the House of Commons on 2 December 2015.

No Parliament ever takes a more serious decision than what we should do to protect the security and safety of our nation and whether to put our forces in harm’s way. I know that every Member of the House will be weighing that decision very seriously, not least because the truth is that we have got those decisions wrong before, and our Governments have got those decisions wrong before, when we went into Iraq in 2003, but also when we failed to intervene early enough in Bosnia a decade before that.

Since the Prime Minister made his case last Thursday, I have raised a series of questions and sought a series of assurances, some of which I have received and some of which I have not. I do not believe that the Prime Minister has made the most effective case, and so I understand why many in this House feel that they are not yet convinced, but I also feel that I cannot say that the coalition airstrikes that are already under way in both Syria and Iraq should stop. If they are not going to stop, and France has asked for our help, I do not think that we can say no. I think that changes need to be made to the Government’s approach, and I will argue for them. I think that there are more limits in the approach they need to take, but I will also vote with the Government on the motion tonight, even though I recognise how difficult that is for so many of us.

The whole House, I think, agrees that we need a strategy that delivers peace and defeats ISIS/Daesh, but I disagree with any suggestion that this can be done as an ISIS-first, or Daesh-first, approach, because that simply will not work. In the end, we know that the Vienna process—the process to replace the Assad regime, which is dropping barrel bombs on so many innocent people across Syria—is crucial to preventing recruitment for ISIS. If we or the coalition are seen somehow to be siding with Assad or strengthening Assad, that will increase recruitment for Daesh as well.

I disagree with the suggestion that there are 70,000 troops who are going to step in and that the purpose of the airstrikes is to provide air cover for those troops to be able to take on and defeat Daesh, because that is not going to happen any time soon. We know that there are not such forces anywhere near Raqqa. We know too that those forces are divided. The airstrikes will not be part of an imminent decisive military campaign.

But I also disagree with those who say that instead of “ISIS first”, we should have “Vienna first”, and wait until the peace process is completed in order to take airstrike action against Daesh. I think the coalition airstrikes are still needed. We know that ISIS is not going to be part of the peace process: it will not negotiate; it is a death cult that glorifies suicide and slaughter. We know too that it has continuous ambitions to expand and continuous ambitions to attack us and attack our allies—to have terror threats not just in Paris, not just in Tunisia, but all over the world, anywhere that it gets the chance. It holds oil, territory and communications that it wants to use to expand. The coalition cannot simply stand back and give it free rein while we work on that vital peace process.

I have continually argued in this place and elsewhere for our country to do far more to share in the international support for refugees fleeing the conflict. I still think we should do much more, not just leave it to other countries. The argument about sanctuary also applies to security. I do not think that we can leave it to other countries to take the strain. I cannot ignore the advice from security experts that without coalition airstrikes over the next 12 months, the threat from Daesh—in the region, but also in Europe and in Britain—will be much greater.

I think we have to do our bit to contain the threat from Daesh: not to promise that we can defeat or overthrow it in the short term, because we cannot do so, but at least to contain it. It is also important to ensure we degrade its capacity to obliterate the remaining moderate and opposition forces, however big they may be. When the Vienna process gets moving properly, there must be some opposition forces; the peace debate cannot simply involve Assad and Daesh as the only forces left standing, because that will never bring peace and security to the region.

If we are to do our bit and to take the strain, we need more limited objectives than those the Prime Minister has set out—to act in self-defence and to support the peace process, but not just to create a vacuum for Assad to sweep into. That makes the imperative to avoid civilian casualties even greater. Where there is any risk that people are being used as human shields to cover targets, such airstrikes should not go ahead however important the targets. It makes the imperative of civilian protection even greater, but that is not mentioned in the Government’s motion. It should be the central objective not just for humanitarian reasons—to end the refugee crisis—but to prevent the recruitment that fuels ISIS.

I also think there should be time limits, because I do not support an open-ended commitment to airstrikes until Daesh is defeated—the Foreign Secretary raised that yesterday—because if it is not working in six months or if it proves counterproductive, we should be ready to review this, and we should also be ready to withdraw. We will need to review this. I think we should lend the Government support tonight and keep it under review, not give them an open-ended commitment that this should carry on whatever the consequences.

Finally, I say to the Government that I accept their argument that if we want coalition airstrikes on an international basis, we should be part of that, but I urge them to accept my argument that we should do more to be part of providing sanctuary for refugees fleeing the conflict. There are no easy answers, but I also say, in the interests of cohesion in our politics and in our country, that the way in which we conduct this debate is immensely important. However we vote tonight, none of us is a terrorist sympathiser and none of us will have blood on our hands. The blood has been drawn by ISIS/Daesh in Paris and across the world, and that is who we must stand against.

Lyn Brown – 2021 Comments on Race Equality in the Probation Service