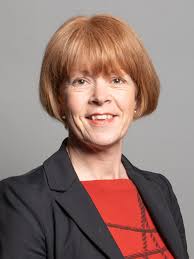 The statement made by Wendy Morton, the Parliamentary Under-Secretary of State for Foreign, Commonwealth and Development Affairs, in the House of Commons on 27 January 2021.

The UK is appalled by the politically motivated detention of Alexei Navalny on arbitrary charges. As the Foreign Secretary made clear, Mr Navalny is the victim of a despicable crime, and we call for his immediate and unconditional release.

The Foreign Secretary has also condemned the Russian authorities’ unacceptable use of violence against peaceful protesters and journalists last weekend, and we have called on the Russian Government to respect their international commitments and to release those detained during peaceful demonstrations.

The UK has galvanised the international community in condemnation of these deplorable detentions. As G7 president, the UK issued a G7 Foreign Ministers’ statement on 26 January, emphasising our deep concern at these developments and calling on Russia to adhere to its national and international obligations.

The UK has led international efforts in response to Mr Navalny’s poisoning in August. We have worked closely with our international partners at the Organisation for the Prohibition of Chemical Weapons, to urge Russia to uphold its obligations under the chemical weapons convention. Last December, the UK led a joint statement in the OPCW, supported by 58 states parties, calling for Russia to be held to account.

We have also taken robust, bilateral action. In October, the UK enforced asset freezes and travel bans on six individuals responsible for the poisoning of Alexei Navalny, as well on one Russian organisation. We keep further sanctions designations under constant review. However, it would not be appropriate to comment at this stage on possible future designations, as that could undermine their impact. We carefully consider all options under the relevant sanctions regimes.

The UK has been clear in condemning in the strongest possible terms the chemical weapons attack against Mr Navalny last year. He was the victim of a nerve agent attack, and the UK has called repeatedly for the Russian authorities to investigate and explain the use of a chemical weapon on Russian soil and to declare its Novichok programme to the OPCW.

The confirmed use of chemical weapons against opposition figures further undermines democracy and political plurality in Russia. More broadly, Mr Navalny’s detention is a further demonstration of the concerning deterioration in the human rights situation in Russia. We raise that regularly with the Russian Government, making it clear that Russia must uphold its international human rights responsibilities. I raised the issue myself during my visit to Moscow in November 2020, and our ambassador to Moscow raised Mr Navalny’s case immediately prior to his return to Russia, to underline that the UK was closely monitoring Russia’s actions.

We condemn the detention of thousands of peaceful protestors and journalists on 23 January and the Russian Government’s continued disregard for the fundamental rights of its people to freedom of expression, association and peaceful assembly. The UK has also urged Russia to fulfil its commitments under the international covenant on civil and political rights, the European convention on human rights and all the relevant instruments of the Council of Europe and the Organisation for Security and Co-operation in Europe, and to guarantee those rights, including the right to freedom of expression, to its citizens.

The UK’s policy towards Russia is clear: we want a different relationship, but Russia must stop its destabilising behaviour towards the UK and its partners. Russia’s pattern of aggressive behaviour undermines its claim that it is a responsible international partner upholding the rules-based international system.