The statement made by Volodymyr Zelenskyy, the President of Ukraine, on 22 July 2022.

Dear all our defenders

Today, our state and the entire civilized world have reached an important agreement – we have an agreement that allows us to unblock Ukrainian ports and restore Ukrainian agricultural exports.

From the first day of the full-scale invasion, Russia did everything to not just close Ukraine’s access to the sea, but to destroy the very potential of our exports – port infrastructure, our railways, warehouses and silos. We did not allow it.

And now we can not only restore the operation of our ports on the Black Sea, but also keep them protected. This has been worked out with our military and with our intelligence. The military assured me of one hundred percent control of the approaches to our ports.

For a long time, all the details of the initiative signed today in Istanbul were discussed with our key international partners and the United Nations. Many leaders were involved in helping to restore our exports by sea. And I am grateful to UN Secretary-General António Guterres and Turkish President Recep Tayyip Erdogan for their efforts.

The text of the document signed today is published, and everyone can read its points. They fully meet the interests of Ukraine.

First. About 20 million tonnes of last year’s grain harvest will be exported. And also it will be possible to sell this year’s harvest – and it is already being harvested. These are the incomes of farmers, the entire agricultural sector and the state budget. These are jobs. These are funds for next year’s sowing season.

We now have approximately $10 billion worth of grain.

Secondly. Finally, there is a chance to reduce the severity of the food crisis provoked by Russia. There is a chance to prevent a global catastrophe – a famine that could lead to political chaos in many countries of the world, in particular in the countries that help us.

And the thirdly. This is another illustration that Ukraine is able to withstand this war. It is important that everything in the territorial waters of Ukraine will be controlled by our state.

And it is clear to everyone that there may be some provocations on the part of Russia, some attempts to discredit Ukrainian and international efforts. But we trust the UN. Now, it is their responsibility and responsibility of international partners to ensure compliance with the agreements.

And I want to thank all our soldiers who cleared Snake Island from the enemy, defend Odesa and Mykolaiv, gradually advance in Kherson region, liberating our territory. I’m thankful to all of you who proves every day: Russia will not win this war.

We are preparing for the start of the second Kyiv Summit of First Ladies and Gentlemen tomorrow. This initiative of the First Lady of Ukraine was founded last year and proved that it can turn the soft power of the wives and husbands of the leaders of the states to solving various problems of national and global scale.

This year’s summit will be devoted to the post-war reconstruction of Ukraine. And it’s not just about reconstruction. It is about the return of people, that is, about displaced people who should not become refugees. About all the necessary help and rehabilitation for those who suffered from the war. And about the revival of social life in communities and cities that were destroyed by the occupiers.

In particular, within the framework of the Summit and on the basis of our public charity platform United24, fundraising for specialized ambulances for Ukraine has already begun.

I won’t reveal everything prepared by the First Lady of Ukraine and her team, but I feel that it will be a powerful event from a diplomatic point of view.

I spoke today with a great friend of Ukraine, Boris Johnson. First of all, about security and defense cooperation. We are waiting for a new package of military support.

Relations between Ukraine and the UK are built on common values. And no matter what happens in politics, the ties between our countries and societies will only strengthen.

In the evening, I signed another decree on awarding our soldiers. 180 combatants were given state awards, 100 of them posthumously.

Eternal memory to all those who gave their lives for the independence of Ukraine!

Eternal glory to all who fight for our country! 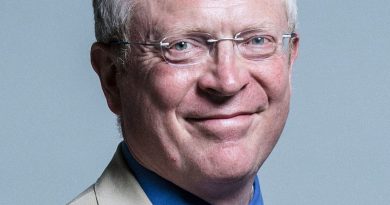