The statement made by Volodymyr Zelenskyy, the President of Ukraine, on 19 July 2022.

Every day, the occupiers give new reasons for recognizing Russia as a terrorist state. Last night, they carried out a missile attack on a village in the Odesa region – 7 sea-based “Kalibr” missiles against an ordinary village. These are not cheap or simple missiles – Russia was very proud of them. And what did they hit? An ordinary rural field and a non-working farm, rural houses, outbuildings, a lyceum, a cultural center. No military sense. Just terror.

Fortunately, there were no casualties – people reacted in time to the air-raid warning signal. But six locals were injured, including a 5-month-old child. She and her mother are given all the necessary aid. These are the targets of Russian cruise missiles. And what kind of wimp do you have to be to fulfill commands for such missile strikes at peaceful villages and cities? Even fish and rapana in the Black Sea have more dignity than the officers of the Russian fleet.

Over the past day, the targets for Russian shelling were also Nikopol and other settlements of the Dnipropetrovsk region, the Kharkiv region, Mykolaiv, Kramatorsk – a cruise missile hit the center of the city, Slovyansk, Toretsk and other cities of Donbas. Many casualties, many wounded… The occupiers shelled the border areas of the Sumy region. At the captured Zaporizhzhia NPP and in Enerhodar there are new facts of terror against workers and local residents… No matter how the occupiers try to hide, the Armed Forces of Ukraine and our intelligence will ensure retaliatory strikes and our state will identify every Russian criminal who is guilty in the terror of Ukrainians.

Increasing American support for Ukraine, additional assistance to protect people from Russian terror, addressing humanitarian needs are all the tasks of the ongoing visit of the First Lady of Ukraine to the United States. Today, on the second day of the visit, a meeting at the White House with First Lady Jill Biden took place – President Biden, Vice President Kamala Harris and her husband came to greet the First Lady of Ukraine. I am grateful to the presidential couple of the United States, all representatives of the American Administration and every American family for their warmth towards our country and our people.

And I expect from this visit of the First Lady significant results for Ukraine in cooperation with America. It is important right now. There have already been meetings with Secretary of State Antony Blinken, with Samantha Power and other influential female politicians representing the government and parliamentary structures of America. Tomorrow Olena will speak in the Congress – on behalf of all Ukrainian mothers, all Ukrainian women, and it will be an important address. And I really believe that it will be heard by those on whom decision-making in the US depends.

Today I had phone conversations with three leaders. I informed President of Poland Andrzej Duda about the situation on the frontline. We discussed further steps in countering Russian aggression. I spoke with Prime Minister of Italy Mario Draghi. I thanked him for his honest and principled position in defense of our common European values. In the evening, I also spoke with the President of Côte d’Ivoire. I informed him about our efforts to counter the food crisis, which was created by Russia and which threatens the world with large-scale hunger.

I am grateful to the members of the competition commission on the election of the head of the Specialized Anticorruption Prosecutor’s Office for finalizing the competition. The decision on the winner has been approved.

A new Minister of Social Policy of Ukraine – Oksana Zholnovych – was appointed as well. I expect her to be more active in explaining to people all the nuances of state social policy – specific people’s rights, payment mechanisms and other opportunities provided by the state. It is also necessary to speed up the modernization of the regulatory framework for social policy, and the role of the minister in this should be significant.

It is very important that today the Verkhovna Rada of Ukraine implemented the initiative of Head of the Office of the President Andriy Yermak to set up a special commission to control the use of weapons provided by our partners. The commission included representatives of all parliamentary factions and groups.

I want to emphasize: there is no ground for any claims to our state in this regard. Our partners are fully informed about how we use the weapons provided. But in order to put an end to any manipulations of Russian propagandists and those who help them in Ukraine or somewhere else, such an additional parliamentary control tool will enter into force.

I signed another decree on awarding our warriors. 185 servicemen were awarded state awards, five of them posthumously.

Eternal memory to all those who gave their lives for Ukraine!

Glory to all who defend and strengthen our state! 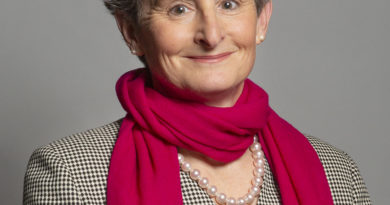