The statement made by Volodymyr Zelenskyy, the President of Ukraine, on 12 July 2022.

Today I would like to highlight one decision that looks like a technical one, but there is a lot of symbolism and meaningful political work behind it. Ukraine became an associate member of NATO’s special multilateral program on technological interoperability. To put it more simply, it is about Alliance’s standards. Now Ukraine not only implements NATO standards, but also can participate in the development of new standards.

The experience of our military, the capabilities of Ukrainian institutions, the IT potential of our country – all this will now be the Ukrainian contribution to the development of collective security in Europe.

And when does it happen? On the 139th day of a full-scale war, with which Russia planned to destroy us in a week. And the Ukrainian state not only survived, not only defends itself, but also develops and will help the development of its partners. Such success is worth noting.

Every day we receive and experience a lot of painful news. The war continues, Russian shelling does not stop for a single day. Today there were regular strikes at Mykolaiv – missiles, artillery. The occupiers once again hit Kharkiv and the communities of the region – Staryi Saltiv, Zolochiv, Bayrak and others. There are victims – wounded and killed. In Donbas, offensive attempts do not stop, the situation there does not get easier, and the losses do not get smaller. We must remember this. We must see this, draw attention to this.

And it should also be remembered that even in such conditions, the state takes steps forward – in cooperation with partners – in institutional development. And, of course, on the frontline.

The occupiers have already felt very well what modern artillery is, and they will not have a safe rear anywhere on our land, which they occupied. They have felt that the operations of our reconnaissance officers to protect their Homeland are much more powerful than any of their “special operations”. Russian soldiers – and we know this from interceptions of their conversations – are truly afraid of our Armed Forces.

139 days of such a war, almost 20 weeks… The so-called second army of the world is afraid of Ukrainians and is able to do something only on the basis of bottomless stocks of old Soviet weapons.

They no longer have strategic strength, character, or understanding of what they are doing here on our land. They also don’t have even an iota of courage to admit defeat and withdraw troops from Ukrainian territory.

Today in Kyiv, I held talks with Mariusz Błaszczak, Deputy Prime Minister and Minister of Defense of Poland. And he brought us “Krabs” – those that will powerfully feed our enemy with fire.

Of course, the key topic of our negotiations was further defense cooperation. But it is important not only what we talked about, but also how we talked. With absolute confidence in the Ukrainian future. In the Ukrainian European future.

The same goes for all my other negotiations. It is always felt.

When millions of people work sincerely for this – each and every one at their own level – the result will be inevitable.

And you know, for some reason I rarely thanked ordinary people who work in Ukraine. Who stay here no matter what. Who do their job every day. With faith in Ukraine, with faith in victory. Now I want to thank you all. Thank you for having you. Thank you for being with Ukraine.

In the evening, as always, I signed the decree awarding our heroes. 156 warriors were awarded state awards. 56 of them – posthumously.

Eternal glory to all those who gave their lives for Ukraine!

Eternal glory to all those who fight for the future of our people! 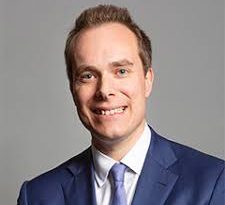