The statement made by Volodymyr Zelenskyy, the President of Ukraine, on 3 August 2022.

These days, in our information space and in social networks, there are a lot of reports about conflict situations and threats that exist in other geographies. First – the Balkans, then – Taiwan, now it may be the Caucasus… All these situations seem different, although they are united by one factor, namely: the global security architecture did not work. If it worked, there wouldn’t be all these conflicts.

And this is actually what Ukraine has been drawing attention to not only for 161 days since the start of the full-scale war, but for years. Since Russia has completely ignored international law, the interests of humanity as such.

2014 became a turning point. Then, in quite obvious situations – with Crimea, with Donbas, with the downed Malaysian Boeing – Russia avoided immediate and tangible responsibility, preserved business and political ties with the world… And now many in global relations believe that they will manage to do so as well.

That is why Ukrainians are now doing a very important thing for everyone in the world. Our people united the free world not just around their struggle for freedom, but around understanding how fragile our freedom is. The freedom of every nation in Europe and in other parts of the world.

This fragility can only be protected by joint action, and for this to work in the long term, there must be an effective global security architecture that ensures that no state can ever again resort to terror against another state.

At the system level, at the level of global institutions, this is exactly what we are currently working for – both the Ukrainian state and all our partners.

Today I spoke with the student community of Australia. More than 20 universities, as well as the interest of Australia’s leading media, politicians. I called on all our Australian friends to help us in the information war and spread the truth about Ukrainian defense and Russian terror as much as possible.

It is necessary to solve an extremely important national task: the Ukrainian point of view should be seen and heard in those parts of the world where Russian propaganda is still very loud. This applies to the Pacific region, the countries of South and East Asia, the Arab world, Africa and Latin America. And that is why information support is needed from all our people and all friends abroad whose voice can be heard.

Today I met with the Minister of Foreign Affairs of Estonia who visited Ukraine. I thanked him for starting the visit with the topic of restoring Ukraine. In the Zhytomyr region, in the framework of our Fast Recovery Plan, we will begin the construction of the first kindergarten out of fifteen objects that have been proposed to the Estonian Government for help in the reconstruction of the region. This is extremely important right now – when displaced people are returning home.

Estonia is one of those countries that started helping us even before February 24 and whose support has become extremely important. Ukraine will always remember this.

Switzerland has today joined the European Union’s seventh package of sanctions – and I am grateful for that. When such a country does not remain neutral in the protection of values and human morality, it is a very important signal for the whole world.

Now it is felt that Russia has begun to realize the inevitability of being recognized as a terrorist state. After all that the Russian army and allegedly private Russian military companies have done, no other terrorist organization in the world can claim primacy in terror. Russia is definitely number one among terrorists. And this definitely deserves legal consequences, in particular, in the decisions of the United States and other world actors.

And precisely because of this, a new propaganda activity started in Moscow. They suddenly decided to define “Azov” as terrorists, although when a terrorist state does this, it is obviously absurd. They are activating various emissaries with theses that the terrorist state allegedly wants negotiations… If Russia really wanted the end of the war, it would not accumulate its reserves in the south of Ukraine now and would not create mass graves of murdered innocent people on Ukrainian territory.

Well, in general, it is simply disgusting when former leaders of powerful states with European values work for Russia, which is fighting against these values.

Therefore, we need to fight, we need to beat terrorists on our land, we need to spread information about Ukrainian interests and achieve success and victories for Ukraine. Each and every one at their own level – both Ukrainians and partners. Terror can be stopped only by a joint indomitable force.

I signed a new decree on awarding our warriors. 194 combatants were awarded state awards. 28 of them – posthumously.

Eternal memory to everyone whose life was taken by terrorists!

Glory to all who fight for Ukraine!

Dominic Raab – 2020 Statement on Britain in the World 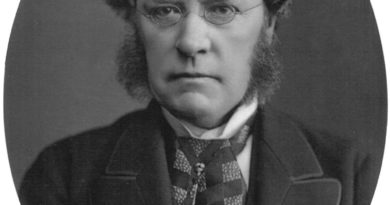