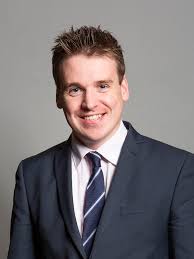 The speech made by Tom Hunt, the Conservative MP for Ipswich, in the House of Commons on 23 May 2022.

There is a clear distinction and a difference between what I think everybody in this place would want to defend, which is peaceful protest, and what we see demonstrated by a very small minority of people who seem to have very little consideration for the welfare of others and for the general economy. I think that this Bill makes that distinction. I do not see anything in this Bill, just like I did not see anything in the policing Bill, that threatens peaceful protest. That is not on the table today.

What is on the table, though, is a Bill that seeks to strike the balance right between allowing peaceful protest and putting clear limits in place when it comes to the reckless activity that meant I had—and I always remember this—one email from a constituent whose carer could not get to them because of the consequences of the reckless behaviour that we saw in East Anglia. Try telling that person who depends upon that care that the Government should not make this issue a priority. I absolutely think that, if I spoke to that constituent today, they would be pleased that this Bill was being debated today and they would see it as a priority. So I am not going to trivialise the importance of this Bill, as some on the Opposition Benches have done.

My hon. Friend is making a very important point about the role of the Opposition in opposing this Bill in principle. Whatever concerns one might have about some details, the fundamental point that something needs to be done about the issues that Members on both sides have mentioned is the reason why this Bill is being proposed, which is why it is of such great concern that the Opposition are opposing on first principles.

I very much agree with my hon. Friend’s comments. We have heard—both today, but also outside of this debate—from senior Opposition Members that they get it, and that actually they do want to put some restrictions in place to stop excessive protests that can have very damaging consequences for people. But we have seen absolutely no evidence that, in practice, they are prepared to do that, and whenever there is an opportunity to vote in favour of what they claim they support, they have opposed it, which I do think is quite damaging.

This points to the wider problem that those in the Labour party have, which is that, on the one hand, they know that actually the majority of people do see this distinction between peaceful protest and the reckless behaviour of a minority, but on the other they want to pander to extremist elements to the left of the political spectrum, and they are caught between those two different pressures. Fortunately, on this side of this House, we feel no such pressure. On this side of the House, we are absolutely clear who we support. We support the 63% of people who, when polled very recently, said that they support the criminalising of locking on—and actually it is not populist to listen to the overwhelming majority who find it deeply frustrating.

In East Anglia, we were among the worst regions impacted, partly because of the oil terminals around Tilbury, the Thames estuary and south Essex. We were incredibly badly affected for days on end by the behaviour of some of these individuals, and on a bank holiday weekend. We obviously have the story of the care giver, but we also have the example of businesses—small businesses—desperately trying to get themselves back on their feet after an incredibly difficult period, being stifled and limited in their ability to do so, again because of the reckless behaviour of a small minority. I myself remember the day—I think it was the Monday that was particularly bad in our area—that it was only at the sixth petrol station I got to that I was able to get petrol. The amount of petrol that the average petrol station held in East Anglia went from I think 45% of capacity to lower than 20%. That is a direct consequence of the protesters’ behaviour.

I welcome the fact that we are introducing these new criminal offences for some of the most reckless behaviour, such as the individuals who go on to the M25 and block hugely strategic roads. That is dangerous to themselves, it is dangerous to drivers and it causes immense disruption, and the targeted action the Government have taken is to prevent that reckless activity. But the point here is that there have been too many occasions where the police have not been as hands-on as they should be. It has caused huge frustration to my constituents when they have seen pictures of reckless protests. Actually, let us be clear: these are not protesters; they are criminals. I am going to stop calling them protesters, because at the point at which they decided to sit down on the M25 and endanger themselves and others, they ceased to be peaceful protesters, so I will unashamedly call them criminals.

When these individuals take that decision, why are we seeing images of police forces that are just, frankly, dilly-dallying—dancing around and doing very little? Why are we seeing that? Why, when the roads to key oil terminals in south Essex are blocked, cannot the police immediately go in there, intervene and move them off, with no pause and no delay whatsoever? So, yes, this Bill is a step in the right direction, and I very much hope that it will create a powerful deterrent to prevent this sort of activity, but I also believe that a firm signal needs to be sent to the police that there have been times when perhaps they have not been as proactive as they could have been in moving some of these individuals on.

I have spoken about the Opposition and what I think of their views on this matter, but some of the comments made by organisations such as Greenpeace and Amnesty International have also been deeply regrettable. Trying to compare the measures in this Bill with measures promoted and implemented by the Putin regime and the regime in Belarus deeply demeans the whole argument, and those organisations do themselves no service whatsoever if they cannot in their own minds make the distinction between peaceful, legitimate protest by individuals in Russia campaigning for democracy, free speech and the ability to live in a world without persecution or fear and the behaviour of individuals who have every democratic channel open to them but who just want to get their own way. These people say, “I’ve used every democratic channel open to me, but I haven’t got exactly what I want, so I am going to disrupt and undermine our economy and divert police resources.” That is not good enough.

I will not. This Bill provides further evidence that this Government and Conservative Members get the difference between peaceful and other protests, and that they understand the anger of my constituents and others who are sick of being in hock to an extreme fringe. We do not have the conflict that exists in the Labour party, and I welcome this Bill.