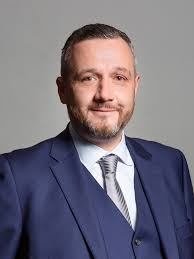 The speech made by Steven Bonnar, the SNP MP for Coatbridge, Chryston and Bellshill, in the House of Commons on 17 May 2022.

What solutions have the Government brought forward? There are 38 new laws in the Queen’s Speech but zero solutions for right now, and zero relief for struggling families and individuals. There is no benefit uplift, no subsided electricity or gas payments, and not even a food voucher for our most vulnerable citizens—nothing from a Prime Minister bereft of ideas and a largely AWOL Chancellor who hides behind IT issues.

Not a day goes by, however, without a pearl of wisdom from out-of-touch, morally-redundant Tory Back Benchers. They have suggested utterly contemptible methods of dealing with a crisis that has been inflicted by them, made worse by them, and reinforced by them daily in this place. The hon. Member for Ashfield (Lee Anderson) is not in his place, but I gave him notice that I would mention him. He talked about meals for 30p on condition of a cooking lesson. I suppose he will be back next week to tell us how people should cook them when they cannot afford to put a fiver on their electricity meter. It is reprehensible that people who earn the money that we MPs earn are lecturing desolate people on budgeting.

The reality is that workers’ rights have been decimated and zero-hours contracts are commonplace. Vacancies may well be at an all-time high, but fire and rehire has not been banned. Companies can sack workers over Zoom and manhandle them off their sites, and the Government do nothing about it. Scotland does not accept that, but has to endure it. With every passing day that the UK Government fail to use their reserved powers to tackle the cost of living crisis, they demonstrate to us and the people of Scotland that independence is the only way for Scotland to boost our incomes and build the fair society that we all want.