The comments made by Steve Reed, the Shadow Justice Secretary, on 16 December 2021.

It is vital, especially during this pandemic, that our leading scientists have the freedom to give public health advice to the public and to offer their expertise without fear of reprisal.

As the Omicron variant spreads rapidly through Britain, there must not be any sign of the Government censoring or intimidating our leading scientific experts.

[the press release in full below]

Labour has called on the Justice Secretary, Dominic Raab, to force his PPS, Joy Morrissey, to apologise or face the sack over her attack on the Chief Medical Officer.

In response to Chris Whitty’s comment made yesterday that “people should be prioritising the things that really matter to them”, Morrisey posted an attack on him on social media, suggesting Whitty should “defer to what our ELECTED Members of Parliament and the Prime Minister have decided.”

Morrissey’s attack on the Chief Medical Officer was followed in the House of Commons by Conservative MPs Steve Baker, Greg Smith and former Health Minister Steve Brine, in a further indication that Boris Johnson’s waning authority over his party is enabling Conservative MPs to undermine crucial public health messaging. 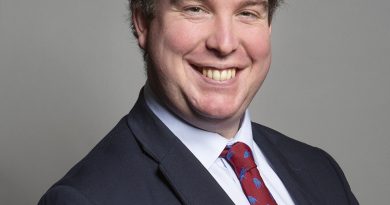