I read Gordon Brown’s speech this morning with interest and agreement.

It is a timely moment to note that whoever becomes our Prime Minister this week, he will be far more than Leader of the Conservative Party.

As for every Prime Minister, he must act for our nation as a whole – not just one part of it. He must also remember that no-one born this century voted for Brexit – let alone a “no deal” Brexit.

Words and actions have consequences, and never more so than when they are those of the Prime Minister. As the evidence mounts of the probable economic and social damage of a “no deal” Brexit – and of the rising opposition to it – the new Prime Minister must choose whether to be the spokesman for an ultra-Brexit faction, or the servant of the nation he leads. He cannot be both, and the choice he makes will define his Premiership from the moment of its birth.

As the most powerful politician in the four nations of our United Kingdom, any Prime Minister has the right to expect support but – if he acts as the spokesman for one hard-line faction only – he cannot complain if he faces uncompromising opposition from those who believe they have had their views ignored.

I hope our new leader understands this, and is fully prepared for the enormity of the task before him.

Bridget Phillipson – 2022 Comments About 310,000 Children Being Out of School 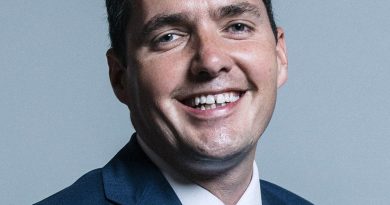