Below is the text of the statement made by Sajid Javid, the Home Secretary, in the House of Commons on 2 May 2019.

Last year, we published a public consultation on the initial findings of a review of the legislation, guidance and practice surrounding police driving in England, Wales and Scotland. As we said last May, this Government are determined to get ahead of and tackle emerging threats like motorcycle-related crimes, including those involving mopeds and scooters. People must be able to go about their daily lives without fear of harassment or attack and criminals must not think they can get away with a crime by riding or driving in a certain way or on a certain type of vehicle.

Since this work commenced, we have already seen an impact on offending behaviour through operational responses, such as ensuring that merely removing a crash helmet will not result in the police discontinuing a pursuit. The Government will continue to work closely with the police in England, Wales and Scotland, the ​College of Policing and other organisations to clarify driver training standards, including the requirements for refresher training.

I am grateful to the 383 individuals and organisations that responded to the consultation, including 222 police officers, forces and other related organisations. We will be publishing a full response later today on gov.uk. I am pleased to confirm that the overwhelming majority of responses were supportive of the proposals set out in the consultation, either in full or in principle. In addition, during and since the consultation period, we have also continued to work with the Independent Office for Police Conduct, the Crown Prosecution Service, the Police Federation, the National Police Chiefs Council and others in order to refine our proposals.

The Government will seek to introduce a new test to assess the standard of driving of a police officer when parliamentary time allows. This new test will compare the standard of driving against that of a careful, competent and suitably trained police driver in the same role rather than use the existing test which compares driving against a standard qualified driver who would not normally be involved in police action.

As a result of the responses to the consultation and the related work, the Government have also decided to examine how we can best:

Make clear that police officers should not be regarded as being accountable for the driving of a suspected criminal who is attempting to avoid arrest by driving in a dangerous manner, providing the pursuit is justified and proportionate.

Review the various emergency service exemptions to traffic law to ensure they remain fit for purpose.

We have been clear from the beginning of this review that we must ensure that the outcome of these changes enables the police to do their job effectively and keep us safe while ensuring that we continue to keep our roads among the safest in the world. I believe that the action we intend to take will do just that, while giving police officers greater confidence that they will be appropriately protected by the law if they drive in accordance with their training with a view to protecting the public.

We would like to develop a uniform approach across Great Britain and will engage with the devolved Administrations in recognition of devolved interests. 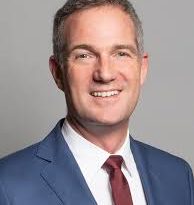 The comments made by Anneliese Dodds, the Chair of the Labour Party, on 24 September 2021. It’s such a pleasure