The comments made by Sadiq Khan, the Mayor of London, on 30 November 2021.

I agree with the Government and Mayors across the country when they say other regions should have “London-style” transport services.

But the irony is that a failure to provide enough operational and capital funding for TfL means that it won’t be long before London itself will no longer have “London-style” transport services.

Instead, we’ll be forced to move into managed decline – leading to run-down services reminiscent of the 1970s and 80s.

This is no exaggeration.

If the Government continues to starve TfL of funding, bus services would have to be reduced by almost a fifth, and Tube services would need to be cut by nearly 10 per cent.

In practice, this could mean more than 100 bus routes being withdrawn and less frequent Tube timetables on a number of lines and branches. TfL is even having to look at potentially closing a whole Tube line to achieve the savings it may need to make.

And that’s not all.

There would also be an increase in road and tunnel closures due to a lack of money to maintain London’s key transport infrastructure.

This combination of deteriorating public transport services and an increase in road and tunnel closures would cause wide-spread disruption and gridlock across the capital.

Not only would this have a devastating effect on passengers, but it would put the national economic recovery at risk.

On 11 December, the existing temporary funding deal between TfL and the Government comes to an end.

So it’s time to remove short-term political thinking and to come together to call on the Government to provide the long-term funding TfL urgently needs. 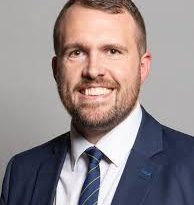