Below is the text of the comments made by Rachel Reeves, the Shadow Chancellor of the Duchy of Lancaster and Shadow Cabinet Office Minister, on 11 July 2020.

This leaked letter lifts the lid on a growing sense of chaos and confusion between Cabinet Ministers at the Government’s complacent approach to vital preparations ahead of 31 December.

There is growing alarm from the business communities in Northern Ireland and increasingly in Britain that Ministers aren’t being entirely open about the state of preparations.

These issues will affect countless businesses and jobs and are simply far too important to be left to written correspondence like this. This extraordinary letter deserves answers, not just given to the House of Commons, but to the industries and people who stand to be affected if the Government gets this badly wrong. 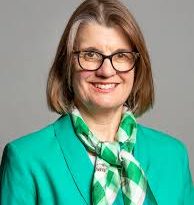 Luke Evans – 2020 Maiden Speech in the House of Commons