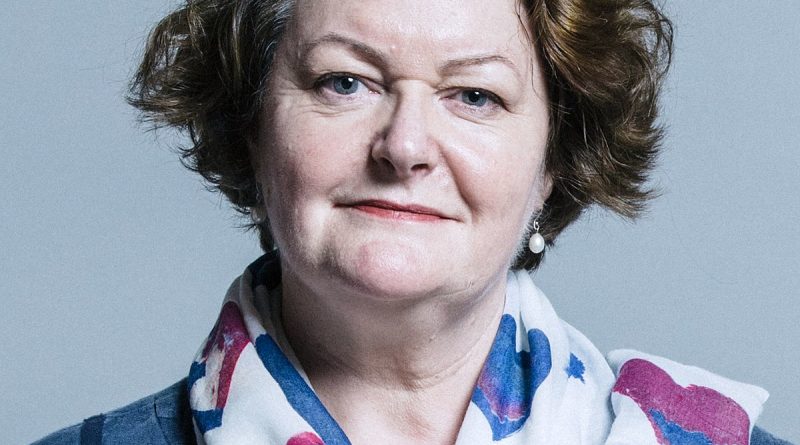 The speech made by Philippa Whitford, the SNP MP for Central Ayrshire, in the House of Commons on 27 June 2022.

The Bill unilaterally sets aside significant provisions of the Northern Ireland protocol, an international agreement for which the Prime Minister was quite happy to take credit when he claimed in the 2019 election campaign that he would “get Brexit done”. The Foreign Secretary has said that the Bill is needed to protect the Good Friday agreement, but dismantling the protocol against the will of the majority of people in Northern Ireland also risks undermining that agreement. She said that the protocol needs cross-community consent. Indeed it does, but does she have consent from both communities for this Bill? I doubt it.

Scant consideration was given to the Province by Brexiteers before the referendum, nor was consideration given thereafter to the fact that the majority in Northern Ireland, as in Scotland, voted to remain in the EU. It is the UK’s exit from the EU, rather than the protocol, that has created the difficult situation for Northern Ireland. That was recognised by the then First Minister Arlene Foster when she demanded a special trading arrangement for Northern Ireland shortly after the referendum—a request for special treatment that she and her party now repudiate.

As my hon. Friend the Member for Gordon (Richard Thomson) has already highlighted, there were only three choices: a border on the island of Ireland; close alignment between UK and EU standards to reduce checks, including a veterinary agreement; or checks carried out at Northern Ireland ports. The return of border infrastructure in Ireland was seen as an unacceptable threat to peace, but it was the Prime Minister’s choice of a hard Brexit with maximal divergence from the EU that inevitably left checks on Irish sea crossings as the only remaining option.

The issues posed by an Irish sea border were clearly highlighted in the Government’s own impact assessment, which undermines the claim of sudden necessity and means that the Prime Minister’s December 2019 claim that there would be

was disingenuous, to say the least. The UK Government state that there is no need for checks, as current UK regulations are close to those of the EU; indeed they are, but the Government are proposing a bonfire of EU regulations and are already negotiating trade deals that would allow lower-standard foods and goods to be imported into the UK.

The Prime Minister cites economic failure and the outcome of the recent Northern Ireland elections as justification for tearing up the agreement, despite a clear majority of Assembly Members supporting the protocol in principle, and despite recent economic data showing Northern Ireland outperforming Great Britain. Business surveys by the Northern Ireland Chamber of Commerce and Industry show that two thirds of local businesses have now adapted to the protocol, and 70% claim that they see advantages in their dual position, which is something that the rest of us in the UK have lost.

My hon. Friend is quite right that there is an advantage to business and to the economy of Northern Ireland. Interestingly, last week the Secretary of State for Northern Ireland could not tell me whether the Government had done any economic analysis whatever.

“would have been an act of self-harm.”

If that were to happen, it would make it even more obvious that the Northern Ireland protocol was an economic advantage to Northern Ireland. It would not be doubly hampered—first by this, and secondly by the completion of Brexit borders.

I thank my hon. Friend for that intervention. It is without question that issues with, in particular, the implementation of the protocol remain: 29% of businesses are still experiencing some difficulties, although the number of businesses facing serious problems has dropped from 15% to 8% since last year. That improvement over time suggests that some of last year’s problems could have been avoided if businesses had been given more than a matter of weeks to get ready for last January.

I think we all recognise that supply chains from GB producers and manufacturers would certainly benefit from technical improvements, especially improvements to reduce the burden on goods that are for sale purely in Northern Ireland, but while the EU proposed mitigations last October—including an express lane for exactly those kinds of goods—the UK Government have not engaged in any discussions since February, so talk of 18 months of solid negotiation is nonsense. Despite the remaining challenges, Northern Ireland business leaders have made it clear that while they seek improvements, they do not want the protocol to be removed.

The loss of trust in the UK Government to honour their commitments is already holding back participation in Horizon Europe to the detriment of research teams across the UK, especially in Scotland, where they had disproportionate success in attracting EU funding. Disapplying almost half the protocol undermines a key part of the withdrawal agreement, and, as others have said, runs the risk of provoking a trade war with the EU, further exacerbating the cost of living crisis. The EU would then be likely to place tariffs on UK exports, and, given that Scotland produces the UK’s leading food and drink exports—whisky and salmon—Scottish businesses would bear the brunt of such retaliatory action.

It is vital that the UK and the EU get back round the table with all the stakeholders from Northern Ireland to discuss practical improvements to the implementation of the protocol, reducing the friction and intrusion to a minimum while keeping the economic benefits for the Province. Solutions can be achieved only with willingness, trust and good will, but, sadly, those are now in very short supply, and unlikely to be improved by the Prime Minister’s plan to wreck an international agreement that he signed less than three years ago.