Below is the text of the speech made by Patrick McLoughlin, the Secretary of State for Transport, in the House of Commons on 19 May 2016.

Mr Speaker, before I introduce the debate I would like to make a brief statement about the loss of Egyptair air flight MS804.

The aircraft – an Airbus 320 was carrying 56 passengers and 10 members of crew between Paris and Cairo – disappeared from radar at approximately 01:30am UK time, over the waters of the Eastern Mediterranean.

We understand that one of those passengers on board is a UK national and that consular staff are in contact with the family and are providing support.

I know that the House will want to join me in saying that our thoughts are with the family and friends of all those on board.

The government is in touch with the Egyptian and French authorities and has offered full assistance.

The Air Accidents Investigation Branch has offered to assist with the investigation in any way it can.

Mr Speaker, it is a pleasure to open this debate on Her Majesty’s gracious speech.

I welcome this opportunity to talk about our plans for transport and infrastructure.

Yesterday’s speech was all about building a stronger, more resilient, more modern economy.

Which provides security for all people.

And opportunity at every stage of life.

A country fit for the future.

No matter what challenges it faces.

Because if we’ve learned anything from the past decade.

It is that we need to be better prepared.

More responsible during times of plenty.

So we can weather the more difficult times.

In the last Parliament we had to make some tough economic decisions.

But they were the right economic decisions.

We earned a hard-fought recovery from the recession and the financial crisis.

In 2014 Britain was the fastest growing major advanced economy in the world.

In 2015 we were the second fastest after the United States.

And in 2016 the employment rate hit yet another record high.

More families are benefitting from the security of a regular wage.

And unemployment has fallen once again.

The deficit is down by two thirds as a share of GDP.

And the OBR forecasts that it will be eliminated by 2019-20.

So, that recovery is still going on today.

And with the global economy slowing, it is even more vital that we stick to our long-term economic plan.

But it is not just a responsible fiscal strategy that we need.

We also need to invest for Britain’s future.

To create the capacity and space we need to grow.

For decades, we have been slipping down the global infrastructure league table.

If I take an example from recent history, let’s say the period between 1997 and 2010, Britain slipped from 7th to 33rd in the world.

We’ve watched as our roads have grown increasingly congested.

And our town centres choked with traffic.

But if we can’t move people or goods efficiently from one place to another, how can we expect businesses to invest in Britain?

Building the infrastructure that Britain needs to compete is one of the defining political challenges of the age.

So we have spent the past 6 years in government turning things around.

Climbing up the global infrastructure investment league table – and now in the top 10 ahead of France, Japan and Germany.

And action is underway.

In the south-west: widening the A30 and the A303. Brand new express trains on order.

In East Anglia: the A11, open; the Norwich Distributor Road, under construction; finally taking action on the A47 and the A14.

In the Midlands: a transformation at Birmingham New Street; the M1, partly converted to four lane running.

I could go on. Crossrail in London. Action right around the country.

A Treasury report last year revealed that over £400 billion of infrastructure work is currently planned across the country.

And the biggest slice of that is transport.

Overall, transport infrastructure spending will rise by 50% this Parliament.

That means we can invest £15 billion to maintain and improve our roads.

The largest figure for a generation.

And giving local authorities multi-year funding settlements, for the first time ever.

With an additional £250 million fund to help tackle potholes.

We’re adding over 1,300 lane miles to our motorways.

We are delivering the most ambitious rail modernisation programme since the Victorian era, a £40 billion investment.

New carriages being built in a new factory, opened by the Prime Minister, in the north east by Hitachi.

And of course HS2, which starts construction next year.

This is a new start for infrastructure that will make Britain one of the world’s leading transport investors.

And the gracious speech also supports legislation to back the Infrastructure Commission.

The commission’s influence is already being felt.

On top of the record £13 billion already committed across the north.

Given the green light to HS3 between Leeds and Manchester.

And allocated £80 million to help fund the development of Crossrail 2.

This all adds up to an ambitious pipeline of schemes, that will not only free up capacity, boost freight, and improve travel.

But that will also help us attract jobs, rebalance our economy, and make us a more prosperous country.

Now of course while some of this is happening there will be disruption.

There will be inconvenience.

We need to plan for it and get it right.

And when the work’s done you get the benefit: as at Reading station, or the new Wakefield station, or Nottingham station.

Infrastructure that will prepare Britain for the future.

A bill to pave the way for the technologies and transport of tomorrow.

We are already developing a charging infrastructure for electric and hybrid vehicles.

Now, driverless cars and commercial space flight may seem like science fiction to some.

But the economic potential of these new technologies is vast.

And we are determined that Britain will benefit by helping to lead their development.

Driverless cars will come under new legislation so they can be insured under ordinary policies.

These new laws will help autonomous and driverless cars become a real option for private buyers and fleets.

The UK is already established as one of the best places in the world to research and develop these vehicles.

Just as we are leading the way with real world testing to ensure cars meet emissions standards, cleaning up the air in our cities.

Through this bill, we will strengthen our position as a leader in the intelligent mobility sector, which is currently growing by an estimated 16% a year.

And which some experts have said could be worth up to £900 billion worldwide by 2025.

This bill will allow for the construction of the first commercial spaceport.

A full range of viable options have been put forward and we support those bids.

This bill will create the right framework for the market to select what the best locations will be.

We will also legislate to encourage British entrepreneurs to make the most of the commercial opportunities of space.

This will form part of wider government support for the UK space sector, aimed at raising revenues from almost £12 billion to £40 billion by 2030.

That is around 10% of the global space economy.

We are also preparing for HS2.

The biggest infrastructure scheme this country has seen for a generation.

To transform railway travel across Britain.

To free up capacity on the rest of the network

And to rebalance our economic geography.

Already before a single track is laid the “HS2 Factor” is having an impact.

While HSBC has relocated its retail banking headquarters from London to Birmingham.

And cited HS2 as a significant factor in its decision.

And cities like Leeds, Manchester, Crewe and Sheffield are preparing for Phase 2.

For businesses, HS2 means they can access new markets.

Draw their employees from a much wider catchment area.

And – perhaps for the first time – consider moving offices away from London.

So when HS2 construction begins next year, we will be building something much bigger than a new railway.

We’ll be investing in our economic prosperity for the next half a century and more.

We’ll be training a new generation of engineers.

Developing skills for a new generation of apprentices.

Rebalancing growth that for far too long has been concentrated in London and the south-east.

And we’ll be firing up the north and the Midlands to take full advantage of this transformational project.

After overwhelming support in this house, the bill has now moved on to the other place.

And I look forward to the Lords Select Committee.

Mr Speaker I am a strong supporter of remaining in the European Union.

But I am glad that we will no longer only be able to get a high speed train from London to Paris or to Brussels but we will also be able to get them to Manchester, to Leeds, to Sheffield, and to Birmingham.

But no matter how big the scheme.

And how vital for Britain’s national infrastructure.

We always remember that the vast majority of journeys people make are local in nature.

So local transport, and the local infrastructure, is no less crucial to preparing Britain for the future.

So we’re devolving power out to cities and regions.

To give communities a much bigger stake in local planning.

Transport is just one aspect of that.

But as we heard yesterday, the Neighbourhood Planning and Infrastructure Bill will also give communities a much stronger voice.

To make the local planning process clearer, easier and quicker.

And support our ambition to build one million new homes.

While protecting the areas we value most, such as green belts.

Our reforms have already resulted in councils granting planning applications for more than a quarter of a million homes in the past year.

But our plans go much further than that.

To become a country where everyone who works hard can have a home of their own.

Which will allow local authorities to retain 100% of local taxes to spend on local services by the end of this Parliament.

That is worth an extra £13 billion from business rates.

Now they’re getting it.

A real commitment from central government.

And real self-sufficiency for regions across England.

Arguably the biggest change in local government finance for a generation.

The bill will give authorities the power to cut business rates, to boost enterprise, and grow their local economies.

As announced in the Budget, we will pilot the new system in Greater Manchester and Liverpool.

It will deliver for passengers, local authorities and bus companies.

All working in partnership together to improve services.

Stronger partnerships will allow local authorities to agree a new set of standards for bus services.

Including branding, ticketing, and how often buses run.

Passengers want to know when their next bus is going to turn up.

And how much it is going to cost.

So the bill will mandate the release of fares, punctuality, routes, and real time bus location information.

This will help the development of transport apps.

As it has already in London, now right across the country.

New journey planners, and other innovative products, to help passengers get the most out of buses.

This is about delivering for customers, and empowering local communities.

New powers to franchise services will be available to combined authorities with directly elected mayors.

Just as they are in London.

And private operators will be able to compete through the franchising system.

Together these measures demonstrate government’s ambition to deliver transport that helps the public to get around and get on.

Madam Deputy Speaker, the government has a record to be proud of.

Helping local people get the homes and the infrastructure they need.

A stronger economy is at the heart of the gracious speech, and transport infrastructure is playing its part. 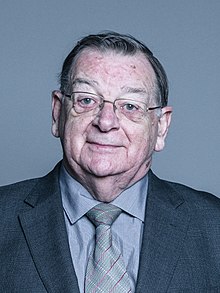