Below is the text of the speech made by Patrick McLoughlin, the Secretary of State for Transport, in Leeds on 16 May 2016.

Thank you for that introduction.

I’m delighted to be here this morning, and to be joined by my PPS Stuart Andrew MP, a local MP who is well in touch with what is happening here in Leeds.

I’m delighted to be here today for the launch of the ITC report this morning and I’m grateful to Matthew, John and everyone at the ITC who helped put it together.

There is no doubt in my mind that major cities like Leeds, Birmingham, Manchester, Sheffield – now I’ve got to be careful here because I don’t want to miss anyone out – Liverpool, Newcastle are, without any doubt, where a lot of our country’s wealth is generated.

Where we see inward investment directed.

And we want to see most jobs created.

So it’s no surprise that Britain’s journey over the past six years, from recession to recovery, has been driven by our city regions.

Yet compared with the majority of major cities on the continent, ours have been suffering from a distinct disadvantage.

While we continue to rely on an overcrowded Victorian railway network, western Europe worked out a long time ago that in our modern world the best way of carrying large numbers of passengers between cities – quickly, efficiently, comfortably and reliably – is high speed rail.

But although we’re late joining the high speed club, we do have one very important advantage: we can learn from the experience of others.

I know there have been various reports in the papers, about; whether HS2 is going ahead, whether it is going to Leeds and going to Manchester?

I can tell you today that it is going to Leeds and it is going to Manchester. Because we are totally committed to the whole of the high speed network.

Of course it’s controversial. It’s controversial in certain areas, which will have a train line going through where they wouldn’t have had one before, perhaps with no station so they feel they’re not going to get any direct advantage.

I understand that, and I don’t dismiss these concerns.

But it is worth remembering, when the very first railway between London and Birmingham was put before parliament it was defeated in the House of Commons, because the canals were considered perfectly adequate.

But I can tell you this: that if the government was considering planning a brand new motorway from the north to the south, it would also be incredibly controversial.

There is no major infrastructure project which is not controversial at the time of construction.

But there aren’t any major infrastructure projects that I can think of, that once they are there, that people turn round and say: “No, you shouldn’t have built it.”

So I’m not dispelling some of the problems that there are.

It’s about addressing the balance between transport infrastructure investment between London and the north.

There are those that think its unequal. Judith (Councillor Blake) might complain – in fact I’ve heard her complain! – that there is not enough investment in some of our cities.

I have some sympathy with that.

But I would point out that some of the improvements we’ve seen, for example at King’s Cross Station and St Pancras Station, actually benefit northern cities too.

These stations used to be places where you didn’t want to spend a minute longer than you needed.

Today both St Pancras and King’s Cross are destinations in their own right. And if you arrive half an hour early for your train, you really don’t mind.

The fact that we are now just a year away from construction means that the report being launched today is well-timed.

Given the size of the project – the biggest infrastructure scheme in this country for generations – it’s critical that we continue to develop and hone our plans.

Indeed, the HS2 project has always been about listening to people’s views, and continually improving.

Since 2010, when we set out our plans for a new high speed railway HS2 has never stopped evolving. It’s included: the biggest public consultation in government history; a massive programme of engagement with local communities; and of course, rigorous examination as the Bill passes through all its parliamentary stages.

At every stage we have listened, learned, and adapted to make HS2 the very best it can be.

And that process continues. That’s why we’re here today.

I’m pleased the report reinforces the message that HS2 will not just improve transport and not just speed up journeys – it will also improve capacity too.

I have to confess that being called HS2 can sometimes overshadow what it’s also about.

When people call for more local services, they don’t seem to appreciate that once built, HS2 will give us that capacity.

But it is also a catalyst for revitalising and regenerating our cities.

I welcome the emphasis it puts on close engagement and collaboration, the importance of improving transport connectivity around HS2 stations, and the need to be responsive to change.

And I echo the advice that cities with HS2 stations need to show leadership, so each of them grasps the unprecedented opportunities that this extraordinary project offers.

These are the guiding principles of the ITC report.

And it’s good to know that many of them are already in evidence – particularly for Phase One of the scheme.

Leeds, Manchester, East Midlands, Crewe, and Sheffield are also preparing for the construction of Phase Two.

Just as government has been engaging and listening, so have HS2 cities; working closely with local businesses, local authorities, and local people.

And where necessary adapting their programmes.

Here in Leeds, a station redesign has delivered a much more integrated and successful result.

While HSBC has relocated its retail banking headquarters from London to Birmingham, and cited HS2 as a significant factor in its decision.

For businesses, HS2 means they can access new markets, draw their employees from a much wider catchment area, and – perhaps for the first time – consider moving offices away from London.

The benefits of working in cities like Leeds are self-evident: more affordable housing; a higher standard of living; quick access to beautiful countryside – whether it be Yorkshire or Derbyshire!

In Doncaster and Birmingham, construction of our High Speed Rail training colleges has begun. Councils are saying that school leavers are already applying for places at the college.

A recent article in the Financial Times reported how hotels in Crewe are already seeing an upturn in business, and quotes Cheshire East council saying that the difference HS2 is making to the town already is “tangible”.

So the economic benefits of HS2 are clear, even before a single track is laid.

So it’s heartening that many aspects of the report reflect work that is under way here in the UK, but it also provides fresh insight that I’m sure will be valuable to all our HS2 cities – particularly the detailed study of high speed on the Continent:

How Bordeaux launched a competition to find the best way to build 50,000 homes in the region;

How Utrecht collaborated and worked with residents;

And how different European cities have sought to attract a new generation of young people to support regeneration around stations.

I also know the report’s illuminating analysis of each city region here in the UK will be of real value.

Quite rightly it shows how each location faces distinct challenges.

But also how HS2 cities can benefit by working together and sharing knowledge.

But most of all it reinforces the message, that when HS2 construction begins – and that is next year, actual construction by the way.

Sometimes people ask me when you will start work on HS2.

Every time I go and see HS2 Ltd in their office and I see for myself there is a vast amount of work going on, a vast amount of expertise that’s already being engaged, because a lot of the work is in the planning.

But construction will begin next year.

And we will be building something much bigger than a new railway. We’ll be investing in our economic prosperity for the next half century and more.

Now sometimes perhaps there’s a feeling that everything has to be done on a 30 year basis.

In that case the Jubilee line, when its BCR was 1, would never have been built.

The Limehouse Link, which had a BCR of 0.47, but has been absolutely essential for the regeneration of The City, would never have been built.

So sometimes BCRs are not the only thing we have to address when we’re looking at such investments.

We need to look at future capacities, for our northern cities, around the midlands, not just for the next 20 to 30 years but for the next 60, 70 or 100 years.

Of course there will always be pressure to look at costs, and to make sure we’re getting the best value for money – it would be insane not to do so.

But it would also be insane not to say ‘what is our transport system going to look like in 30, 40, 50 years time?’ and to make sure our great cities have those same opportunities that London has, and make sure that young people look to those cities to base their lives on, and not to move away from them.

Theresa May – 2014 Speech on Chinese Visas 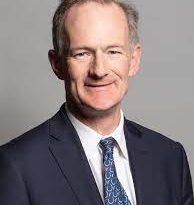 John Penrose – 2022 Speech on the Resignation of Lord Geidt