The comments made by Nick Thomas-Symonds, the Shadow Home Secretary, on 22 July 2021.

It is the height of hypocrisy for the Home Secretary to praise the police in public with warm words, but let them down so badly when it comes to meaningful action. So it is no surprise that the Police Federation have taken the extraordinary step of confirming that they have lost confidence in Priti Patel.

The truth is it is not just on pay where police officers have been let down.

We also saw the Home Secretary promise action on getting priority access to vaccines for police and failed to deliver, in addition to taking the name of police representatives in vain, by suggesting they had been calling for additional powers to police protests, which was not the case. Little wonder the Conservatives are trying to mark their own homework, by having one of their own Ministers chair the new Police Covenant, this is clearly wrong.

The Home Secretary’s position is clearly untenable, and the police deserve nothing less than urgent action from the Prime Minister and this government. This must include opening negotiations on a fair police pay rise and work to reconstitute the Police Covenant. 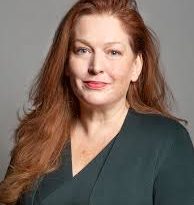