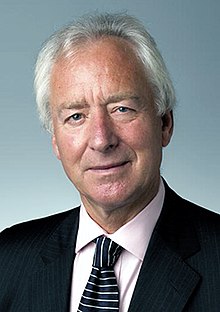 This text is from the diaries of Michael Spicer, the then Conservative MP for West Worcestershire.

Masses of phone calling. Twenty names pledge to Michael Howard. Arrive in London. Michael Howard calls at 7.30pm, “come round”. Reveals to me that William Hague will join us if he is to be chairman of the party. We have the makings of a dream ticket. Do we tell Francis Maude, Norman Lamont et al at dinner? No. I leave Howard’s home by pre-arrangement at 9.20pm. I go to a phone box and ask Howard if “all clear”. “Yes, come back”. Hague and I arrive at same time at the Government house. Deal consummated.

Champagne flows. I return to Daniel Hannan’s flat in Marsham Court to drink more champagne and discuss details of volunteers.

We are close to victory. Arrange to meet – all of us – at my house in Maunsel Street tomorrow. There are the makings of real stability and continuity at the top of the Conservative Party. Hague would be well placed to follow Michael Howard as leader.

Michael Howard rings at 07.30am, disaster – possibly fatal. Ghastly mistake not to have issued a joint declaration at once. William Hague has rung Michael Howard to say he has changed his mind.

In retrospect we should have issued a joint statement last night. At the time it was all so certain that the imperative was to achieve the maximum impact at the press conference today.

It never occured to me that Hague would rat. Decision taken to let the press know. Michael Howard very hesitant about this and angry when it goes high profile in the news. This causes another Tory squabble – what a tragedy.