Below is the text of the speech made by Matt Warman, the Conservative MP for Boston and Skegness, in the House of Commons on 26 March 2019.

I was, Mr Speaker, 27. I was not a child, but I was, I think, too young to know how to bear some of the sadness that I felt in 2009. Some people have, by the age of 27, borne far more emotion: they have married, had families, served and sometimes died for their countries, and in many instances they have also buried both their parents. However, 27 is young to be an orphan in the western world. I struggled to admit it then and I struggle to admit it now, but I found it impossibly hard. I should have looked for help, because grief makes us all angry, irrational, upset and difficult.

Perhaps too many of us in the House think that that strength is incompatible with weakness. Perhaps too many of us are stubborn. It is often said that that which does not kill us makes us stronger; perhaps that which kills those closest to us can make us stronger still, but few can do it on their own. In this Adjournment debate, I want simply to say to those who struggle with the loss of loved ones—and even the loss of close family members who are not so obviously loved—that there is already help out there, and to say, “You are strongest when you take it up, and go to the doctor or just talk to friends.” However, it is also true that more can be done by Government and by others.

This week, we celebrate Mother’s Day. Mothers up and down the country will be appreciated through cards, breakfast in bed, and often questionable artwork from their children. For some, though—myself included—that day is a reminder of what we have lost. To use the modern jargon, it is a trigger. I thank you, Mr Speaker, for letting my personal circumstances have some influence on the parliamentary calendar. Changing it seems to be all the rage at the moment, but you know that MPs are surely at their best when we draw on our personal experiences.

The coming of Mother’s Day gives this debate a broader relevance, because I also want to raise the question of what more we can do in government to support those who have been bereaved, and how we can encourage wider society to make small, seemingly insignificant changes that can prevent immense upset for so many people. The bereavement charity Cruse currently claims on its home page that it can “help this Mother’s Day”, and that is hugely welcome, but such is the volume that the charity has suspended its email help service, and its phone lines are not open 24/7. It takes more than charity to tackle bereavement; it takes society, in all its little family platoons.

The Government have done great work in introducing bereavement counselling for parents who lose children, thanks in part to my hon. Friends the Members for Colchester (Will Quince) and for Eddisbury (Antoinette Sandbach), as well as other Members on both sides of ​the House. I am not calling for a similar kind of bereavement leave for everyone, because businesses, in truth, are largely respectful, and they are also hugely varied. However, I know from personal experience that many people do not feel the true impact of their loss for weeks, months, or even, in some instances, years after the person whom they have loved has passed away. Often they are in shock or trying to be strong for others, and that is on top of all the mundane considerations that have to be dealt with in such circumstances.

My hon. Friend is making an incredibly powerful speech, and I know how proud his parents would have been to witness him doing so. I know about the delay that he has mentioned. My father died 30 years ago this year, of mesothelioma, and I remember reading my mother’s diary, in which she was crying out for help nine months later. It is incumbent on us to recognise that delay, and I appreciate everything that my hon. Friend is saying.

I thank my hon. Friend for that intervention, and that is why in some ways I am calling on the Government to have ongoing support for those who are recently bereaved and an open-ended offer of counselling on the NHS which can be accessed when they are ready, not at the easiest point for the NHS.

I also commend the hon. Gentleman on securing this debate and telling his own personal story. Across the United Kingdom of Great Britain and Northern Ireland one in four people suffers from mental health issues, and many of them are a result of the grief from someone close to them leaving, especially when that is sudden. Early intervention is key, and I would like the Minister to respond on that. Does the hon. Member for Boston and Skegness (Matt Warman) agree that we should have early intervention through the use of Cruse and perhaps other groups—I am thinking of church groups and ministers who are on call if needed?

I thank the hon. Gentleman for his intervention, and I agree with him and will mention that issue in a few moments.

There should be a dedicated mental health helpline provided through the NHS, which under the long-term plan will be accessed via 111. It is important that there is an understanding within that that bereavement for a long time is an exacerbating factor in loneliness, suicide and more; it is a red flag that should be recorded for a long time.

The importance of such ongoing support cannot be overstated. We have spoken in this House many times about the tragedy of the rise in male suicide; while things are improving there is still a huge stigma around men feeling unable to open up and show their emotions—although I am hopefully doing all right today.

This is why it is particularly important to normalise the support around bereavement, and we must not leave it solely to those affected to reach out to organisations such as the Samaritans or Cruse. That registrar who I spoke to 10 years ago should have been trained to offer a signpost—although I confess that if he was or if he did I was in no state to listen—and the NHS and our ​volunteering strategy should include better plans to encourage more people to train as volunteer bereavement friends and counsellors, as in the hugely valuable work we see with Dementia Friends, or, as Sue Ryder has called them, the bereavement “first aiders”.

My hon. Friend is making a fantastic speech and a series of good points. I am not at all ashamed to say that I had bereavement counselling when my son died, and I can’t see why anyone wouldn’t; we go to the doctor when we are feeling unwell, and of course we go to the bereavement counsellor when we need help with grief. Does my hon. Friend agree that it is very important that we normalise this?

I absolutely agree. There is also a role for us to play in opening up the debate and shining light on steps outside organisations can take to make bereavement in general more bearable, but also, on the theme of this debate, to make Mother’s Day or Father’s Day less difficult for those who have experienced loss.

I wonder if there may be a role for funeral directors in this, given the links they have with families. I congratulate the hon. Gentleman on his moving speech.

I thank the hon. Lady for her kind words. The Co-op has done interesting and very valuable work on this, and the Department can put some of these initiatives together.

One interesting example I would like to see introduced across the board is the new policy from an online flower company called Bloom & Wild. It has given customers the opportunity to opt out of Mother’s Day emails as it recognises that it can be a very sensitive time for some. If other companies were to follow suit, the dread—and I do mean dread—around this day might be mitigated for many people. I personally do not feel, for whatever reason, the same dread about Father’s Day marketing, but obviously it should be treated equally in case anyone is worried. Organisations such as the Advertising Standards Authority could perhaps make this part of a voluntary code around data. I am not a Tory asking for some enormous nanny state. I am saying that providing another tick box for when people sign up for yet more emails would be kind. Companies bang on about corporate social responsibility all the time, so why not try this?

This debate is important to me for three reasons. Yes, this is a sad anniversary, but I am lucky to have this platform to say that the Government are right to acknowledge that they need to do more to ensure that there is ongoing support for those who have lost someone they love. This is also a chance to open up the discussion on how everyone in society and business can play a role in increasing the sensitivity with which these difficult days, which last for many years, are handled. I hope that by securing this debate, through your good offices, Mr Speaker, we will move fractionally closer to ensuring that all men and women who, like myself, have not always felt comfortable discussing such emotional topics are able to do so more freely, to seize the help that is there and perhaps ultimately to need that help just a fraction less.​ 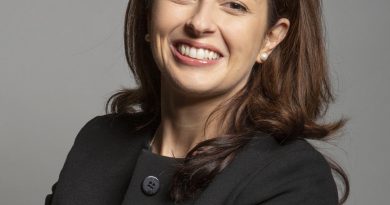 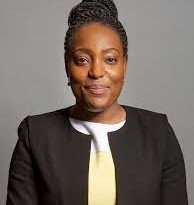