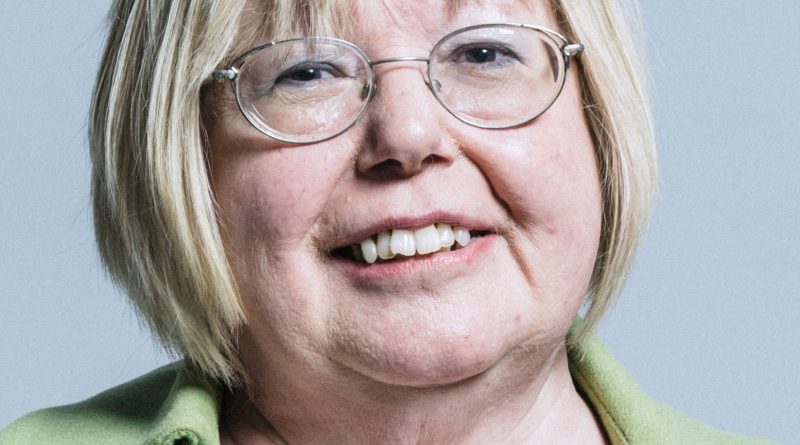 The speech made by Liz Twist, the Labour MP for Blaydon, in the House of Commons on 13 July 2022.

That leave be given to bring in a Bill to provide for a Code of Practice to be followed by retailers of fashion clothing, footwear and accessories in their relationships with their suppliers; to set up an Adjudicator with the role of enforcing that Code of Practice and encouraging compliance with it; and for connected purposes.

The covid-19 pandemic saw major disruption within the retail sector. As shops shut, retailers cancelled orders from suppliers, refused to pay for goods already in production or in process, delayed payments by long periods and demanded reductions in price for clothes that had already been shipped. Meanwhile, issues of worker exploitation and covid-unsafe working environments made their way into the headlines. In June 2020, workers in Leicester garment factories were found to have been paid as little as £3 an hour and were alleged to have been trafficked, to have been forced to go to work despite testing positive for covid-19 and to have been involved in furlough fraud.

The revelations about working conditions were not confined to the UK: 2020 saw millions of workers—largely women—made destitute in Bangladesh, Cambodia, Myanmar, Pakistan, Sri Lanka and Vietnam as suppliers were forced to lay off workers and were unable to pay living wages. Indeed, the garment sector has been identified by the United Nations International Labour Organisation as one of the hardest hit by covid’s disruption of trade. It estimates that 86 million garment workers worldwide are now in extreme hardship and unable to pay their rent, feed their families or send their children to school.

These problems are not new, but they are connected. They illustrate much wider problems in the garment production system. For decades, UK retailers have imposed purchasing practices on their suppliers that have at times amounted to illegal breaches of contract and can be abusive. The volatility facing suppliers as a result of these practices, and the need to meet their fixed costs, have led to the problem being passed down to workers in the form of wage reductions and mass unemployment. This problem was reported on in 2019 by the Environmental Audit Committee, which identified a

“race to the bottom culture”

in the fashion industry that

“creates an environment for precarious employment.”

The covid-19 pandemic shed fresh light on the power imbalance between buyers, suppliers and workers in the ready-made garment chain that drives these unfair practices. For example, in December 2021, retailers were still paying the same price for garments that they had been paying in March 2020, despite costs associated with the rising prices of inputs and covid-19 mitigation. These practices amount to an example of gross market failure and poor contract enforcement, which has become the mechanism by which a desire for cheap and flexible supply translates to poor working conditions and insecure employment. Many contracts do not have clauses enabling such practices, but supplier dependency on their consumers has created a climate of fear that has prevented suppliers from taking retailers to court.

So far, engagement with this issue by the Government has amounted to affirmation of their commitment to review issues of non-compliance with labour rights legislation. This demonstrates a misunderstanding of the relationship between abusive purchasing practices and labour law violations. Enforcement of labour laws will not prevent the conditions that drive their evasion. When suppliers feel that they cannot meet the demands of retailers without violating statutory minimums, their poor treatment of workers will be driven underground. Furthermore, the failure of retailers to make long-term commitments to purchase from suppliers precludes the possibility of establishing better working conditions in the future. There is an upshot to this predicament. Although the UK Government may be limited in their ability to intervene in the enforcement of worker protections overseas, introducing a fashion watchdog to regulate the purchasing practices of domestic retailers would reduce supplier incentives to evade labour laws both here in the UK and in supplier countries, creating a better foundation for establishing good working conditions across the globe.

Sadly, UK retailers are considered to be among the worst in the world according to analysis by Bangladeshi suppliers. According to evidence submitted by the charity Traidcraft Exchange to the Environmental Audit Committee, by June 2020 more than 80 UK retailers had cancelled orders worth more than £750 million owed to suppliers in Bangladesh alone. The decisions of individual companies have a significant impact. For example, as of June 2020, Primark had cancelled more than £98 million-worth of orders that had previously been placed with more than 100 Bangladeshi suppliers, impacting hundreds of thousands of workers. I am glad to say that Primark later committed to pay for outstanding orders.

We also saw in Traidcraft Exchange’s evidence that, in the worst cases, suppliers received an email cancelling an order with no possibility of a follow-up or resolution. In this manner Peacocks, part of the Edinburgh Woollen Mill Group, sent emails advising its suppliers that products already landed in the UK would not be paid for, and cancelling more than $4 million-worth of orders from Bangladeshi suppliers. One supplier wrote to their trade association:

“They are holding the goods at the destination port to pressure us to give huge discount. These unethical buyers don’t care of our people starving and struggling…we are communicating with them every day and request them to release the goods, but they never reply.”

And workers have been struggling and starving.

In Bangladesh, where the garment trade produces 85% of export earnings and employs 4 million workers, an estimated 50% of factory owners and managers say they have been subjected to one or more abusive purchasing practices. During March and April 2020, at least 25% of workers in Bangladesh lost their job.

A recent survey of female garment workers in Cambodia—where 1 million people are employed in the sector—by the University of Nottingham and Royal Holloway found that 85% had been suspended from work by October 2020 and that average take-home pay had fallen by 20%. This disruption drove the problem of food insecurity and exacerbated an existing crisis of over-indebtedness among garment workers.

The victims of these practices are not only workers but small and sustainable businesses that are unable to compete in such an unfair environment. Paragraph 135 of the EAC’s report says,

“We heard concerns about the extra costs and barriers that the UK’s sustainable fashion businesses face. Innovators are faced with competition from businesses who are focused on reducing costs and maximising profits regardless of the environmental or social costs.”

To end these abusive purchasing practices and regulate the relationship between retailers and suppliers, the Department for Business, Energy and Industrial Strategy should set out a timetable for establishing a garment trade adjudicator. This fashion watchdog would prevent fashion brands from cancelling orders without compensation or making last-minute changes, thereby levelling the playing field for fashion retailers and suppliers, and creating an environment in which suppliers are not compelled to evade labour law enforcement.

This proposal should be modelled on the Groceries Code Adjudicator, which was established in 2013. The evidence suggests that this adjudicator’s enforcement of a fair purchasing code has drastically reduced the prevalence of abusive purchasing practices that were once widespread in the sector. In the annual supplier survey conducted to assess the effectiveness of this regulator, 79% of suppliers experienced a breach of the statutory fair purchasing code in 2014, reducing to 29% of suppliers in 2021.

The Government need to consult on what is included in the statutory code. It should include the principle of fair dealing to enable suppliers to act with certainty, and it should replicate the characteristics of the Groceries Code Adjudicator. These measures are necessary to break the climate of fear that has thus far prevented suppliers from challenging retailers.

Question put and agreed to.