The statement made by Lindsay Hoyle, the Speaker of the House of Commons, in the House on 18 October 2021.

In a moment I will ask the Prime Minister to move a motion for the Adjournment of the House, which will give an opportunity for us to pay tribute to Sir David Amess. As I said earlier, the issues raised by the circumstances of Sir David’s death will be looked at urgently and with the utmost priority. I remind hon. and right hon. Members that a police investigation is ongoing, so our focus this afternoon should be on Sir David’s life and his contribution to our democracy.

In nearly four decades in this House, Sir David was second to none in his determined commitment to his constituents, first as the Member for Basildon between 1983 and 1997, and since then as the Member for Southend West. He was tireless in making sure that the voice of Southend West was heard in this Chamber—it is difficult to believe that we will not hear him make the case for Southend achieving city status before the next recess.

Sir David worked equally hard outside the Chamber for his constituents, always going the extra mile to make sure their case was heard and their needs were met. He used his skills as a parliamentarian to pilot numerous pieces of legislation on to the statute book, reflecting his political priorities, such as fuel poverty and, of course, animal welfare. He was a much admired member of the Panel of Chairs, respected across the House for his fairness and expertise.

I would like to thank the Speakers from around the world who have sent messages of support, including—along with many, many more—Speaker Pelosi and Speaker Smith of Australia, who wanted to let us know that Congress and the Australian Parliament are thinking of us, David’s family and all at this time.

On a personal level, David was a lovely man. He was well liked by Members and staff alike, and during his almost four decades here built a reputation for kindness and generosity. Sustained by his faith, David was devoted to his family. As much as we will miss a much loved fellow parliamentarian, the loss felt by David’s wife Julia and their children is unimaginable. I know the whole House will want to join me in sending them our deepest condolences. [Hon. Members: “Hear, hear.”]

I call the Prime Minister. 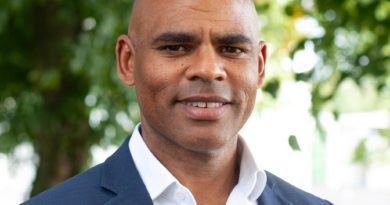