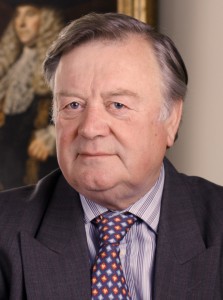 Below is the text of the speech made by the then Justice Minister, Ken Clarke, at the 2011 Conservative Party Conference on 4th October 2011.

I don’t know whether you remember, but at last year’s party conference, I called for regime change – regime change in our prisons.

To turn them from places of idleness, Into places of hard work and reform. Prisons with a purpose – straight from the manifesto.

Instead of doing nothing.

Instead of plotting their next crime.

Earning money to pay back to victims,

Instead of creating new victims.

It’s not rocket science and it can be done.

At Altcourse Prison near Liverpool, prisoners do forty hours of hard work every week in a metal workshop.

Part of their earnings goes to fund services for victims of crime.

So the burden on the taxpayer, on you and me, is less.

I intend to expand this Working Prisons programme quite dramatically.

But this is not something Government can do alone.

No: We need the private sector on board.

And they are coming on board.

This morning, eight companies – including Virgin, National Grid, Marks and Spencer give the idea their support, in the FT.

They – along with the CBI – are helping us to ensure that companies can make the most of this..

..Are not disadvantaged or undercut.

I want to see hard work flourishing in every single jail in the UK.

More criminals doing an honest day’s work, instead of sitting idle in their cells.

That will make us safer.

Help us break the cycle of crime.

I believe if we want prison to work,

Then our prisoners have got to be working.

A brief note to my Labour opponent, Sadiq Khan:

You probably won’t be able to remember any policy proposals he has put forward.

Because Labour hasn’t got any significant ones.

His proudest boast last week, was that he does not fall asleep during his Party Leader’s speeches –

That is an achievement, Sadiq.

Many people do go to sleep during Ed Miliband’s speeches.

They bequeathed us not just a broken economy, but a broken society and an unreformed Justice system that failed to break the cycle of crime.

They wasted billions of pounds on justice and prisons.

And you know what?

It was all a con.

They made prison sentences appear longer and longer,

Whilst devising all sorts of ways to let people out earlier and earlier.

I have legislation before Parliament

– being carried through by Crispin Blunt and Jonathan Djanogly – which aims to reform, simplify, scrap failed gimmicks and give us a system which works better to contribute to a safer, sounder and more honest society.

…how to save taxpayers’ money whilst striving to repair our broken society.

Because Labour left us failed policies, a broken society..

When it comes to public spending,

We’ve got to show leadership.

We’ve got to show purpose.

We’ve got to stick to our guns.

Frankly, if you look across the western world, most democratic politicians are out of their depth.

They cannot cope with the consequences of this dreadful crisis.

We are just about the only government in the Western world where people really think we are going to tackle the deficit.

People look at this coalition, they look at the spending plans and say – they’re going to deliver.

George and David are going to ensure that we do not waver in our commitment to reduce public spending and debt and they have my total support.

When you look at the scale of the economic crisis, I don’t believe we can possibly say…

… we’re not going to save money on criminals…

… but we are going to have reductions in spending on Police and Defence, on Transport and Local Government.

You can’t say that like the health sector, criminals are exempt from the cuts.

Every criminal we have in jail costs you and me about

And I just do not believe that we can follow the old brain-free policy of throwing money at the problem.

That’s what Labour did.

And look where it got them. And all of us.

The most shocking reminder of how broken a society ours is.

In this summer’s riots, more than 75 per cent of the adults charged were repeat offenders.

1 in 4 of them had been convicted of ten crimes or more.

Our feral underclass is too big, has been growing, and needs to be diminished.

The question for me and my ministry now, is how do we reform the Criminal Justice System so that these unreformed, recidivist criminals, are dealt with more effectively and at  less cost to the taxpayer.

That’s why we need prisons that work.

And prisons that are drug free.

Where problems like addiction and mental health are tackled properly.

Where the treatment doesn’t suddenly stop when prisoners leave jail, which usually happens with those on short sentences.

But continues in the outside world.

So that we are better protected.

If we want less crime, we need fewer criminals.

This year, we have been carefully but quite rapidly developing the concept of Payment by Results –

A system which concentrates on only paying for what works.

And the first group of pilots is now underway.

One of them is at Doncaster Prison, a new contract run by Serco and a charity called Catch 22, which started on Saturday.

If they deliver law-abiding people back onto the streets, we will pay them. If they fail, and the ex-prisoners they take on reoffend, we will not pay.

There are twelve of these projects around the country.

Private or public, businesses and charities, paid for resolving the drugs, the lack of skills, the rootlessness which lies behind much of the reoffending.

Saving money and protecting the public;

Paying for what works.

I believe that at its heart our British justice system is still one of the best in the world despite all Labour’s efforts.

We have policies under way to

– Bring competition into the management of prisons

– Speed up the process of the courts and make them more witness, litigant and victim friendly

– Scrap referral fees to end the culture of those ambulance-chasing claims advisors.

I have spent my entire political life being a vigorous, controversial reformer of public services – but this time it is different.

Now, I am in a coalition Government which is dealing with the worst economic crisis since the war.

People are insecure and sometimes a bit frightened.

We must give strong, confident and principled government.

How do you set about public reform in a difficult area like mine?

New Labour did the opposite.

They spoke toughly and carried a pea-shooter.

I never have mastered the speak softly bit, but the big stick has always appealed.

In office you’ve actually got to make a worthwhile difference.

That’s what you’re in office for.

Justice needs to be swift, firm and fair.

Sounds obvious when you think about it.

Delivering the obvious is what the public want.

And most Governments do not deliver.

I remember Iain MacLeod thrilling me when I was a delegate here many years ago.

Others may dream their dreams, others may scheme their schemes but we have work to do.

Those appalling riots brought home to me again that in our broken society, we certainly have work to do at the Ministry of Justice.

And my team and I are proud to be getting on and doing it.

Give us your support.