Below is the text of the speech made by James Brokenshire, the Secretary of State for Housing, Communities and Local Government, in the House of Commons on 14 May 2019.

On 29 November 2018 I told the House that I was launching a statutory consultation on the proposal for reorganising local government in Northamptonshire which I had received from seven of the area’s eight principal councils. The councils had submitted this proposal in response to the invitation issued on 27 March 2018 following the recommendations in the independent inspection report on Northamptonshire County Council.

I have received a total of 386 responses. The district and county councils—except for Corby Borough Council—and councillors and public service providers, including the Police and Crime Commissioner and health partners, generally supported the proposal. Responses from businesses, members of the public, parish councils and community organisations were more mixed.

Ninety per cent of respondents to the telephone survey agreed that there was a need to make changes to Northamptonshire local government and 74% agreed with the unitary proposal; 83% of the over 6000 individuals who responded to the open questionnaire agreed that there was a need for change, with 67% agreeing that a number of unitary councils should be introduced and 44% supporting the proposal for two unitary councils.

I have now carefully considered the councils’ proposal, along with the results of the consultation exercises, a report by the Northamptonshire Children’s Commissioner, submitted to my right hon. Friend the Secretary of State for Education and me, on how best to ensure continued improvement of the fragile children’s social care service in Northamptonshire in the context of reorganisation, and all other relevant information and material available to me. I have concluded that the proposal meets our publicly stated criteria for local government reorganisation. If implemented, I am satisfied that the proposal would improve local government and service delivery in the area, has a good deal of local support and the area of each new unitary represents a credible local geography.

This is on the basis that there is a children’s trust covering the whole of Northamptonshire, which, with my support, my right hon. Friend the Secretary of State for Education is minded to establish, as recommended by the Children’s Commissioner, if the unitary proposal is to be implemented. With such an arrangement children’s social care would not be disaggregated with the trust discharging functions on behalf of both councils. My right hon. Friend will be publishing the Commissioner’s report today. It is also on the basis that work continues to be taken forward in Northamptonshire to do more to integrate adult social care and health services.

I have therefore decided, subject to the issuing of statutory directions requiring the establishment of a children’s trust and to parliamentary approval of the secondary legislation, to use my powers under the local government and public involvement in Health Act 2007 to implement the proposal. These powers enable me to implement a unitary proposal with or without modification and in this case, having carefully considered all the material available to me, I have decided to make one modification to the proposal.

This is to extend the period for fully implementing the new arrangements so that the new councils are operational from 1 April 2021. While I recognise that a ​delay in implementation will mean potential savings estimated in the proposal will not be realised for another year, I am clear that the extended implementation period means we can be confident that there will be a safe and effective transition to all the new service delivery arrangements across the whole of the area, including for those crucial services supporting the most vulnerable. Throughout this extended period my Commissioners will be able to continue to support the County Council.

I now intend to prepare and lay before Parliament drafts of the necessary secondary legislation to give effect to my decisions. Establishing these new unitary councils will be a significant step towards ensuring the people and businesses across Northamptonshire can in future have the sustainable, high-quality local services they deserve. I welcome the commitment of all the existing councils and their partners to drive forward this process of establishing new councils and transforming local service delivery. I am confident this will continue.

Oliver Dowden – 2021 Statement on the Future of Channel 4 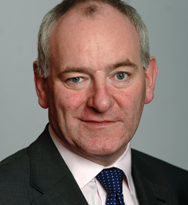 Mark Durkan – 2010 Speech on the Saville Inquiry and Bloody Sunday