Below is the text of the speech of the then Education Secretary, Estelle Morris, to the 2002 Labour Party Conference.

A few days ago some youngsters asked had it been tough in the last two weeks. I said yes, but not as tough as it has been for our students who have been left uncertain about their examination results.

Today the inquiry I initiated has given further details of what happens next and a firm date by which we will know of any changes.

The reason the last few weeks have been so difficult, why it’s worried so many people, is because it’s uncertainty about something that is so very important. It matters that we have an exam system in which everyone can have confidence, that’s why we must make sure this never happens again.

You know, in this job I am invited to do a lot of prize givings, in schools up and down the country. And a bit like now I get to be on the stage. And from the stage you can see the faces of all the parents. You can spot the parent whose child’s name has just been read out. You can see the pride in their faces and the light in their eyes.

As parents, you know that feeling. And we know as a party that pride we have in education.

Education has always been at the heart of everything we’ve wanted to do. We have always wanted to tear down the barriers that hold people back.We have always said that the street you were born into should not determine what you will achieve. We have always told people to aim high and believe that what you dream about as a child you can achieve as an adult.

That gives us a responsibility. If as a party we give people that hope, we must give them the means to achieve it.

Think how much more important education is for our children then it was for us. More than any other generation, they need qualifications to get jobs. Yes, they have opportunities unknown to their grandparents but when they grow up into a world where the challenges are greater than any previous generations.

Our children are the genome generation. It is they who will have to grapple with the big decisions about how far we go with genetic research, how we temper the advances in technology with the needs of our environment, how we plan for our society as more people live longer.

What we give tham to help them on their journey, our inheritance to them, is education. It is education that provides the bridge from ambition to opportunity to reality. That is why we need a world-class education system and that is why those who work in schools, colleges and universities are in one of the most important professions there is.

We know that our government has achieved a great deal:

· Standards rising in our inner cities

· More students in our colleges and universities

· The fabric of our schools never better

But you know there is another list as well:

· One in four children cannot read and write at the proper level at age 11.

· 50 per cent of children have still not got five good GCSE passes.

· Seven million adults still do not have basic skills.

· The link between social class and poverty is still strong.

Now we face a choice. A choice that comes to every generation perhaps only once. And the choice is this. We can settle for what we have got , which is a good education system, or we can have the courage of our ambitions and go for being great.

And if we show that courage, as Tony said yesterday, there’s nothing we cannot do. New Labour is doing a lot. Bold Labour will do even more. But if we turn our back on this chance, it may never come our way again.

That choice between settling for what we’ve got, or striving for what we [want], is at the core of every challenge we face in education.

The old rigid selection system – so valued by the Tories – couldn’t have achieved that.

But it has not delivered everything I wanted. It hasn’t achieved all that we campaigned for. I thought it would break the link between poverty and achievement. It hasn’t. I hoped it would end the massive underachievement of ethnic minorities. It hasn’t.

So we face a choice. We can settle for what we have already or we can have the courage to reform. I tell you what I mean by a post-comprehensive era. It cherishes the values of opportunity and worth, but it’s honest about it’s strengths and weaknesses, and brave about where it goes next.

And that’s why over time we want every school to be a specialist school – teaching the national curriculum, but playing to its strengths and developing a centre of excellence.

And that’s why we’ll develop advanced schools – our best schools responsible for leading the rest.

And that’s why we’ll develop city academies, a new model of schools in areas where everything else has failed.

And that’s what we mean by getting rid of “one size fits all.” Each area, each pupil is different, so we need different types of schools to meet their needs.

And when we come to the school workforce we’ve got a choice here too. We can carry on as we are now – a model of staffing schools that has hardly changed for half a century, teachers working harder than ever before but using their time on things that others could do, a school timetable that offers too little flexibility.

Or we could do what we’ve always wanted to do – staff our schools so we can meet the needs of each individual child. But that’s the harder choice. It will mean new staff with new skills, new ways of working, so teachers are freed to do what they do best, teach. And it will mean using our classroom assistants – properly trained and supported – in more productive roles. It will mean teachers rewarded for high performance. It will mean every school with state of the art information technology. And that way we can change how our children learn.

And this is not a pipe dream. It’s beginning to happen in our best schools.

And there’s a choice for parents and children as well. We have a wonderful generation of young people. They achieve more. They work harder. You only have to listen to them play music and perform to see how good they are.

They are a credit to themselves, their families and their schools and we should be proud of them.

But there is a minority who misbehave and are out of control. And they make life a misery for teachers and their classmates.

Teachers cannot teach if children are disruptive. One child threatening or abusing one teacher in one of our schools is one too many. Actually, one child showing just disrespect to a teacher is one child too many.

So we have a choice. The easy choice is to say nothing can be done. It is a sign of the times. We can choose to be a society that throws up its hands in horror but is unwilling to do anything about it.

Or we can give a clear message about the behaviour we expect from our pupils. We must back teachers and make parents take responsibility.

It’s not asking a lot. Why shouldn’t all children start school knowing the difference between right and wrong? Why shouldn’t our children know it’s wrong to swear? Why shouldn’t they understand that they should respect the authority of the teacher? How is it that most primary aged school children who are found truanting are with a parent or another adult?

And although almost all parents support teachers, the small numbers who do not, damage their childrens’ future. I hear too many stories of parents questioning a teacher’s right to exercise discipline in the classroom. It has to stop.

It sometimes seems as if we put the responsibility for solving all the ills of society on the shoulders of those who teach in our schools, colleges and universities. But the truth is that we all have our part to play.

We have responsibilities as a government. For the first time ever, every permanently excluded child is now guaranteed full time education. They’re no longer slung out of schools, dumped on the streets, allowed to run wild and finally end up as a law and order statistic in the magistrate’s court.

In all these areas, in all that we do, this is the choice the education service faces. To settle for what we’ve got, or to do what we came into politics to do.

Don’t tell me it can’t be done. I see it every single day in our best schools.

So don’t let anyone say that more means worse. Don’t ever be persuaded to drop our sights. Don’t any one of us ever be embarassed by excellence.

If ever there was a time when education should have the confidence to take on reform, it’s now. We’re a party that understands that education matters. We’ve got a government that’s consistently invested in education in a way that’s never happened before. And we’ve got the best generation of teachers ever. Don’t let’s falter now.

I have made my choice. I have chosen ambition and reform over caution and settling for second best.

That’s why though it’s hard, there is only one choice. Falter now and I know we’ll live to regret it. Make the right decision and it will be one of the proudest achievements of Labour in power. 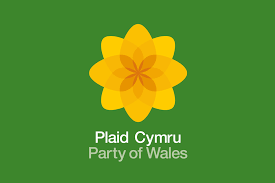 Cefin Campbell – 2021 Comments on Made in Wales Brand