Below is the text of the speech made by the Minister Ed Vaizey to the Future of Library Services Conference in London on 28th June 2012.

I’m delighted to have the opportunity to speak at today’s conference. This is a great opportunity to talk about the thriving library service that we have in England.

For example: Southwark’s new library in Canada Water is a state-of-the-art facility for the community, and just one of several new libraries in the borough; Oldham’s impressive Fitton Hill Library and Neighbourhood Centre has just opened; and Worcestershire is opening The Hive – the first ever joint public and academic library in the country.

Add to that significant refurbishment programmes – from Nottinghamshire to Newham – and you get a taste of the good news out there.
And Birmingham is planning to open the biggest library in Europe next year, costing almost £200 million.

And thanks to stories like this, we learned from today’s Taking Part survey that library visits remain stable – they are not declining. I know that the library service is facing challenges. But I want to get the good news out, and present a more balanced picture.

As I often point out, libraries are emphatically a local authority service, and are fully funded by local government and run by local government. Nevertheless, they can benefit from having a national development agency to push innovation and best practice.

And our decision to give responsibility for libraries to the Arts Council (ACE) will provide exactly that service.

The move unites cultural policy with library policy for the first time, as was envisaged in the 1950s debates that led to the Public Libraries and Museums Act of 1964. It builds on the work ACE already does – funding important organisations that support libraries, such as the Booktrust, the Reading Agency, and Writing West Midlands to name just a few.

This also includes financial support. The Government and the Arts Council have already invested more than £500,000 to support development work by library authorities.

Today I am delighted to announce that the Arts Council will be allocating £6 milllion from its Grants for the Arts programme over the next two years for library authorities to lead projects working with artists, arts organisations and other cultural organisations on arts and cultural activity through libraries.

This fund will aim to stimulate ambitious, innovative partnerships between libraries and artists and arts organisations. It will help raise the ambition and expectation of libraries, and represents a significant commitment by the Arts Council to their new role.

As well as supporting libraries with funding for programmes, it’s also important that we identify library authorities that may need specific help to address particular issues.

Today I am therefore also pleased to announce an initiative with CIPFA to identify areas where individual authorities might be able to improve.

CIPFA’s new ‘comparative profile reports’ have been developed to benchmark local council services against comparable authorities, or “nearest neighbours” as CIPFA calls them. My Department will be commissioning reports on all library authorities in England, which will be available in December this year.

My Department will use the reports to look for ways in which we can help local authorities.  I must emphasise that this is not an attempt to sanction local authorities and certainly not a return to top-down, inflexible library standards. But if we see wildly diverging opening hours between two similar authorities with similar budgets and infrastructure, there will be an opportunity to ask questions and look at how opening hours could be improved.

Or if one authority is spending twice as much on book stock as another, but providing a similar number of books, we can ask if there are ways to improve efficiency in the authority in question.

I should also say that these reports will be publicly available, allowing MPs, councillors and other interested members of the public the chance to see how their local service measures up, and to ask well-informed questions – and also make well-informed suggestions for improvement.

Libraries in the Digital Age

Library buildings are and remain important.  And in the digital age, paradoxically, a bricks and mortar service is still extremely valuable.

The People’s Network put in place by Chris Smith made a big difference to libraries.  Millions of people now use their library to access the internet. I heard recently that the Society of Chief Librarians’ target to get 500,000 people on line for the first time by the end of 2012 was actually passed in April this year.

Now we need to go further. In the age of the smartphone and tablet, wifi is becoming an essential aspect of every-day life, and it is an ambition of mine for wifi to be in every library in England by 2015.  So I’ve asked my officials to explore how best to achieve this, working with colleagues across government.

Government support for libraries can be more effective if it works across Departments.

We are now working with the Department for Education to provide automatic library membership for primary school pupils, to encourage them to use their local library – a wonderful idea put forward by children’s author Michael Rosen.

In September we will pilot different approaches to test the most effective ways of supporting children and their families to use their libraries and read more widely.

And libraries have been a key part of the Cabinet Office’s Race Online 2012 initiative to get the digitally excluded on-line. Libraries’ staff and volunteers saw 2.5 million people getting online, which is a very real demonstration of the role they play in tackling the digital divide. Arts Council and SCL are currently working with the Post Office to support the Government’s programme to get more people using government services online. This approach will be piloted in Birmingham this autumn.

And the Cabinet Office has recently awarded £127,000 from the Social Action Fund to the Reading Agency to support teenage volunteers in libraries.

So more Departments are getting the message that libraries can help them deliver their services more effectively – whether it’s education, digital literacy or volunteering.

Libraries have always benefited from the work of volunteers. And volunteers, particularly those who have retired but want to remain active in their community, have also benefited.

I would also like to pay tribute to the growing number of young people who support the Summer Reading Challenge.  Last year there were over 3000 young volunteers and we are expecting a significant increase in that number this year.

This is a really good example of where volunteers add value to a scheme and also where they gain a really valuable work experience.

I am also pleased to see community supported libraries coming into play, particularly where a local authority is planning to close a building. Community run libraries are contributing to a diverse picture of libraries located within village halls, pubs, shops, churches, day care centres, tourist information centres and enterprise hubs.

Community managed and community supported libraries will never replace the extensive network of council run libraries we enjoy.  But they do provide an important additional element of provision, and an important alternative model which can add to the rich variety of services already available.

It is precisely because of this that my Department is currently working with the Arts Council, LGA, Defra, and DCLG to create a new information resource  for authorities considering establishing community supported or community managed libraries in their areas.  It is important that local authorities and community groups work together to ensure that library assets transferred to communities are sustainable in the long term.

Let me take this opportunity to state once again, that libraries are and will remain a statutory service.  The challenge for local authorities therefore is the provision of that statutory service in a tight financial climate.

The Arts Council’s Envisioning research will help Councils think about what their service should look like in the future. And as a highlight of best practice, the LGA yesterday launched an invaluable publication ‘Local Solutions for Future Local Library Services’ which – as the name suggests – is packed full of useful case studies, some of which I’ve referred to today. It picks up on areas where libraries can improve the delivery of the service – and offers tangible solutions.

I have made it clear from the moment I became a Minister that no library authority should contemplate closing libraries unless they have conducted a proper review of their library service.

While some local authorities have put forward controversial proposals since 2010, all of them have conducted a library review, as I made clear to them they would have to do when I took office. I have no doubt that the efforts of library campaigners have also brought about welcome changes in some of the more extreme proposals put forward.

Nevertheless, I am always mindful that libraries are a local service, paid for by local taxpayers.  As far as possible, local democracy not Whitehall diktat should have an impact on how they are shaped. A library inquiry is a power of last resort – it has only ever been used once in fifty years. It is not a tool to be used lightly, or for political expediency

A figure of 600 library closures is regularly quoted in the media – but it is very wide of the mark.  A truer picture of building closures would be about a tenth of that.

But even while there have been closures, sometimes services merge or move to community-management, and it’s important that we are able to have an intelligent debate about this. And it’s also important to remember that many libraries are also opening.

I look to a future where:

But we must always remember that libraries are a local service – free to serve their local community, to innovate and adapt to local needs.

I hope you will join me in continuing to spread the good news, and to highlight the excellent service provided by so many people throughout England. 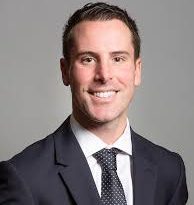