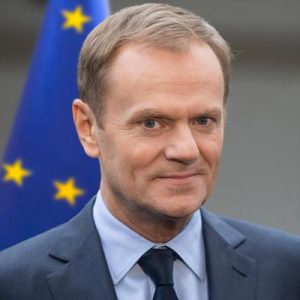 Below is the text of the speech made by Donald Tusk, the President of the European Council, in the European Parliament on 5 July 2016.

First of all I would like to thank you for your contributions to today’s debate. It is fully understandable that events of the past days have produced a lot of negative emotions. But we cannot give in to these emotions. We have to preserve the ability to make sober assessments and rational decisions.

First, I would like to stress that the EU is ready to proceed with an amicable divorce with the UK even today. In this process we will stand firmly on the grounds of the Treaties, which have prepared us for such a situation. And one thing must be clear: the Treaties have left the decision on the initiation of the divorce proceedings to the member state that wishes to leave the EU. In other words we cannot effectively force this decision on the UK.

Secondly, before launching the divorce procedures, we will not undertake any negotiations on the future shape of relations between the EU and the UK. These future relations will be based on a balance of rights and obligations. I would like to reassure you that wherever there may be a conflict of interest, we will act in the interest of the EU, and we will do so effectively.

Thirdly, today we have heard a lot of severe and critical comments aimed at member states. I want to tell you that in our talks with the leaders of member states I always repeat that there is no EU without the EU institutions. In the current situation, attacks on the EU institutions, including the Commission and the Parliament, can only deepen the confusion. The national capitals must undertake an effort to stop accusing the EU and its institutions of weaknesses and failures. The referendum in the UK was lost, also because the political elites have for years been building a negative and often unfair vision of the EU. But there is no EU without the member states either. It is impossible to solve serious problems in the EU against the will of the member states. Taking responsibility for one’s own words applies also to representatives of EU institutions. Today we must combine all our efforts to agree on what is our common interest, as opposed to constantly demonstrating individual importance, in some kind of perpetual vanity fair.

Rishi Sunak – 2021 Comments on Levelling Up