Below is the text of the maiden speech made in the House of Commons by David Trippier, the then Conservative MP for Rossendale, on 21 May 1979.

My first task is the very pleasant one of congratulating the hon. Member for Kilmarnock (Mr. McKelvey) on a speech which was both fluent and articulate—indeed, amusing—and I thought that it was quite profound. I have with him, on this occasion, a fellow feeling, as this is the first occasion on which we have both spoken in this House, and I think that it may well be the last occasion on which we shall have this in common. None the less, I congratulate him on a very successful speech.

As many hon. Members are aware, my constituency of Rossendale has for some time been regarded as a barometer of political opinion, as it has been represented by no fewer than four different Members of Parliament over the last nine years. That is not only an indication of the importance of the seat to the two major political parties, but it is also an indication that my constituents are well aware of the importance which is attached to their opinions. In short, the seat is not only marginal or critical, but “intensive care”.

The Rossendale valley is important for two other reasons. First, it is an attractive valley, and, although the area would be classed as primarily industrial, its industry does not detract from many of its aesthetic features, most notable of which are the hills and moorlands common to north-east Lancashire.

All the Members of Parliament for Rossendale have represented the interests and concern of those industries in this House to the best of their ability. But I wish to pay a warm tribute to my immediate predecessor, Mr. Mike Noble, who made a significant contribution in this respect. His concern for the welfare of those industries could not have been more clearly demonstrated. I should like to assure the House that I intend to carry on the campaign which he and his predecessors so ably fought.

Whereas these two industries experience quite different problems in certain areas, they have common difficulties in others. Both are subjected to unfair import competition and both are recipients of Government largesse through the medium of subsidies. 1 April this year was the final date for applications for temporary employment subsidy. That was replaced by the compensation for short-time working. This latter subsidy is by no means as effective as TES and has been claimed by comparatively few firms because it is so inappropriate to the present needs of industry in the valley. Only 16 per cent. of those who benefited from TES are in receipt of the compensation for short-time working.

I am convinced, however, especially after my experiences over the last few weeks, and particularly during the election campaign, that until the economic climate improves and until these industries can enjoy stricter control of unfair import competition, existing or alternative subsidies must be maintained to preserve these essential British industries.

I compliment the trade unions which represent the workers in these industries, which have acted in a very responsible way during a period of great transition for these industries since the last war.

Whilst emphasising the need for employment subsidies, it is equally important for me to draw the attention of the House to the system of Government grants which have been made available to industry to encourage expansion. The vast majority of the money made available for this purpose is offered to those companies which wish to expand their existing premises, whereas little or no money is available for new plant and equipment.

Although the idea is sound in principle, it rarely works in practice. In order to increase efficiency and thereby increase production in a very competitive world, it is vital that modern methods and modern machinery are used if we are not to fall further behind in the industrial league.

To replace old and outdated machinery does not necessarily require more space, just as extensions to existing premises do not guarantee increased productivity. That is why I believe that in this complex chicken-and-egg situation it is much more important to ensure that what Government moneys are available for grants are used in the replacement of plant and machinery rather than in the expansion of premises. Nowhere is this so true as in Rossendale, where one frequently finds comparatively small textile and footwear firms operating in very large Victorian mills whose size was more appropriate to the labour-intensive firms of that era than to the more modern firms of today.

On the other hand, modern machinery and methods improve output and productivity, and increased productivity means an increase in jobs. Only with a higher demand for a company’s products and a resultant increase in jobs does the company begin to think of extending existing premises.

I spoke earlier of the unfair import competition which faces the textile and footwear industries. To a certain extent, the multi-fibre arrangement protects the textile industry, but, even so, I believe that the current restrictions imposed should be tightened when the MFA is renegotiated in 1981 and the bilaterals are renegotiated the following year.

Already we have seen that certain countries have broken their quota levels, and I ask that the present Government give a firm undertaking that quota levels will not be exceeded in the future. At the same time, the present anti-dumping procedures are cumbersome and time-consuming, and they should be made much more effective.

In the footwear industry, there is no binding international agreement to protect the industry. As a consequence, footwear manufacturers have to face increasing competition from South Korea, the Philippines, Brazil, India and the COMECON countries. I believe that it is essential that a new form of international agreement is introduced for the footwear industry—a multi-footwear arrangement, very much on the same lines as the MFA. It is essential to establish this agreement through the European Parliament as soon as possible, and certainly before Greece, Portugal and Spain are eventually admitted to the Community.

I refer, finally, to a major problem which came to a head in my constituency during the recent election campaign. This concerns the sad plight of the working widows who are employed mainly in textiles and footwear in Rossendale but also in other industries. My right hon. Friends the Secretaries of State for Industry and for Employment are aware that the widow’s pension is grossly inadequate, and that many widows find it essential to supplement their pensions by going out to work. Their contribution to productivity is greatly appreciated by the industries which employ them, but the State chooses to penalise them by taxing them on every penny they earn. As the widow’s pension is £974 a year and is classed as earned income and as they are entitled to only a single person’s tax allowance of £985 a year, it naturally follows that all money earned by the widow in employment is subject to tax, which I think is unfair.

I therefore appeal to my right hon. Friends seriously to consider the introduction of a widow’s tax allowance set at a higher level than the single person’s allowance although lower than the married man’s. The introduction of such an allowance would take account of the fact that a working widow has practically the same overheads as a married man, especially if she has a family at home, but is without the benefit of two incomes coming into that home. It would also be a clear indication on the part of this Government that our objective of restoring the incentive to work applies to widows as it does to everyone else in the land.

Thomas Boardman – 1967 Maiden Speech to the House of Commons 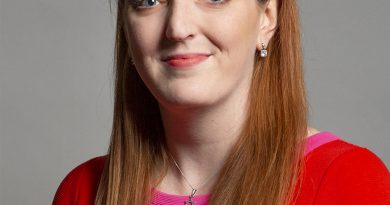