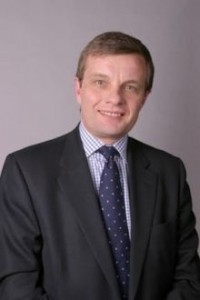 Below is the text of the speech made by David Jones to the 2013 Conservative Party Conference in Manchester.

Good morning; and it’s a huge pleasure to be here at the first session of the final day of this excellent conference.

The United Kingdom has always been a family of nations and it is good to see the three Celtic members of that family represented here this morning.

Later today, we will be hearing from Ruth Davidson, the leader of the Scottish Conservatives, who will be telling us why it is so important for Scotland to remain a strong part of our United Kingdom.

And from the Welsh perspective, I can only agree that each and every region and nation of our country is stronger by virtue of our all being part of a greater whole.

I am proud to lead a Wales Office that is playing its own part in ensuring that we have a sound devolution settlement and making sure that the UK Government delivers for Wales and the people of Wales.

Let me thank my excellent Parliamentary Under Secretary of State, Stephen Crabb, for the hard work he is doing, and Daniel Kawczynski, my Parliamentary Private Secretary, for his unflagging support.

We have a great team at Gwydyr House.

In 2010, we Conservatives inherited the worst economic legacy that any incoming government has known for generations.

Since we came to power, however, Wales has seen – again and again – the benefit of the strong economic and other policies that this Government has pursued.

We in the UK government have shown our commitment to Wales and to hardworking Welsh families.

Last year, we announced that the Great Western railway line will be electrified as far as Swansea, bringing Cardiff within two hours travel time of London.

Contrast that with Labour’s 13 years in power, when Wales remained the only country in Europe – apart from Albania – without a single centimetre of electrified track.

This year, Chris Grayling has announced that a new £250 million prison is going to be built in Wrexham.

Not only will this help ensure that North Wales prisoners can be accommodated closer to home, but it will mean the creation of up to 1,000 high quality jobs and an annual injection of £28 million into the local economy.

We’ve invested in Wales’s digital infrastructure, too, providing £57 million to give the whole of Wales the latest superfast broadband.

Only a couple of days ago, BT announced that over 150 more towns and villages across Wales are to benefit from superfast connections, giving businesses in even the most rural locations the same competitive advantage as their counterparts in the big cities.

But we don’t intend to rest on our laurels.

We are determined to do all we can to ensure that Wales continues to see improved infrastructure, giving Welsh businesses the tools they need to do the important job of growing the Welsh economy.

Giving them the help they need to succeed in the global race.

So we are working with Patrick McLoughlin at the Department for Transport to examine ways of improving the North Wales coast railway line; and also the Wrexham – Bidston lines, which links the two great Enterprise Zones on Deeside and the Wirral.

We are looking at options for upgrading the M4 in South Wales.

And, through our Infrastructure Group, we are looking at ways to maximise the enormous potential of Wales’s great ports.

In short, we in the Wales Office regard doing all we can to improve the Welsh economy as our first, second and last priorities.

And we at working across Whitehall to that end.

But we can’t do it alone.

In Wales, many of the levers for economic development are in the hands of the Welsh Government.

If Wales is to succeed in that global race, then it is absolutely crucial that both governments – at Westminster and Cardiff – work closely together.

And we mustn’t underestimate the scale of the challenge.

Wales is the poorest part of the United Kingdom and Welsh GVA is only three quarters of the British average.

So the Welsh government, in partnership with us, need to pursue policies that will help make Wales more prosperous.

Sadly, however, they seem, in many respects, to be doing quite the opposite.

Whilst we have a policy of reducing regulation through the principle of ‘one in, two out’, there is no sign that the Welsh government intends to follow our example.

We are pursuing policies to give hardworking Welsh families a helping hand; they are slow to follow suit.

We think that improving and increasing the housing stock is essential.

Not only to provide the new homes that hardworking people aspire to, but also to give a boost to the building industry, which is so economically important, particularly in Wales.

That’s why we are giving the sector a boost through our Help to Buy scheme, which will mean that aspirational young people can get a foot on the property ladder with only a 5 per cent deposit.

And that’s why Eric Pickles is doing all he can to reduce unnecessary regulations on builders.

In Labour-run Wales, however, none of this is happening.

Whilst Welsh house buyers do get the mortgage guarantee element of Help to Buy, Labour have no equity loan scheme in place in Wales.

That means that young Welsh buyers need to find 25% of the purchase price as a deposit – often way beyond their reach.

And, in Labour-run Wales, regulations on builders are considerably more onerous than in England – including the bizarre proposal to fit every new house with a sprinkler system.

The consequence of this over-regulation is that fewer houses are being built in Wales.

In the 12 months to May – July of this year, new home registrations in England were 34% up.

That isn’t just a statistical blip.

That is a sign that things are not healthy in Labour-run Wales.

And nothing could have been starker than the announcement last week by Persimmon Homes that they are pulling out of entire sections of the Welsh housing market because of the red tape coming from Cardiff.

So my challenge to the Welsh government is this.

Look at what we are doing at Westminster.

Think about giving young, aspirational people in Wales the sort of helping hand that we are providing young house-buyers in England.

Get an equity loan scheme in place as soon as possible.

Cut the red tape that is pushing builders out of the Welsh market.

Use devolution as something that can give Wales a competitive edge in the global race, rather than as an excuse to regulate.

And work with us to make Wales a place where hardworking people are more prosperous.

Where business can succeed.

And where the world wants to come to, to do business. 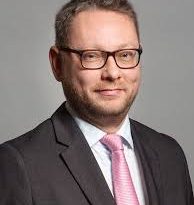