Below is the text of the statement made in the House of Commons by David Cameron, the Prime Minister, on 29 June 2016.

With permission, Mr Speaker, I will make a statement on yesterday’s European Council.

This was the first Council since Britain decided to leave the European Union. The decision was accepted and we began constructive discussions about how to ensure a strong relationship between Britain and the countries of the EU.

But before the discussion on Britain, there were a number of other items on the agenda. Let me touch on them briefly.

On migration, the Council noted the very significant reductions in illegal crossings from Turkey to Greece as a result of the agreement made with Turkey in March. But it expressed continued concern over the central Mediterranean route and a determination to do all we can to combat people smuggling via Libya.

Britain continues to play a leading role in Operation Sophia with HMS Enterprise. And I can tell the House today that Royal Fleet Auxiliary Mounts Bay will also be deployed to stop the flow of weapons to terrorists, particularly Daesh, in Libya.

On NATO, Secretary General Stoltenberg gave a presentation ahead of the Warsaw summit and the Council agreed the need for NATO and the EU to work together in a complementary way to strengthen our security.

And on the economic situation, the President of the European Central Bank (ECB) gave a presentation in the light of the outcome of our referendum.

Private sector forecasts discussed at the Council included estimates of a reduction in eurozone growth potentially between 0.3% and 0.5% over the next 3 years. One of the main explanations for this is the predicted slowdown in the UK economy, given our trade with the euro area.

President Draghi reassured the Council that the ECB has worked with the Bank of England for many months to prepare for uncertainty, and in the face of continued volatility our institutions will continue to monitor markets and act as necessary.

Mr Speaker, returning to the main discussions around Britain leaving the EU, the tone of the meeting was one of sadness and regret. But there was an agreement that the decision of the British people should be respected.

We had positive discussions about the relationship we want to see between Britain and our European partners, and the next steps on leaving the EU, including some of the issues that need to be worked through and the timing for triggering Article 50.

Let me say a word about each.

Many of my counterparts talked warmly about the history and values that our countries share and the huge contribution that Britain has made to peace and progress in Europe.

For example, the Estonian Prime Minister described how the Royal Navy helped to secure the independence of his country a century ago. The Czech Prime Minister paid tribute to Britain as home for Czechs fleeing persecution.

Many of the countries of Eastern and Central Europe expressed the debt they feel to Britain for standing by them when they were suffering under communism and for supporting them as they joined the European Union.

And President Hollande talked movingly about the visit that he and I will be making later this week to the battlefields of the Somme, where British and French soldiers fought and died together for the freedom of our continent, and the defence of the democracy and the values that we share.

So the Council was clear that as we take forward this agenda of Britain leaving the European Union, we should rightly want to have the closest possible relationship that we can in the future.

In my view this should include the strongest possible relationship in terms of trade, co-operation and of course security, something that only becomes more important in the light of the appalling terrorist attack in Turkey last night.

Mr Speaker, as I said on Monday, as we work to implement the will of the British people, we also have a fundamental responsibility to bring our country together. We will not tolerate hate crime or any kind of attacks against people in our country because of their ethnic origin. And I reassured European leaders who were concerned about what they had heard was happening in Britain. We are a proud multi-faith, multi-ethnic society – and we will stay that way.

Turning to the next steps on leaving the EU, first there was a lot of reassurance that until Britain leaves, we are a full member. That means we are entitled to all the benefits of membership and full participation until the point at which we leave.

Second, we discussed some of the issues which will need to be worked through. I explained that in Britain there was great concern about the movement of people and the challenges of controlling immigration, as well as concerns about the issue of sovereignty.

In turn, many of our European partners were clear that it is impossible to have all of the benefits of membership without some of the costs of membership. And that is something that the next Prime Minister and their Cabinet is going to have to work through very carefully.

Third, on the timing for Article 50, contrary to some expectations, there wasn’t a great clamour for Britain to trigger this straight away. While there were 1 or 2 voices calling for this, the overwhelming view of my fellow-leaders was that we need to take some time to get this right.

Of course, everyone wants to see a clear blueprint appear in terms of what Britain thinks is right for its future relationship with the EU. And as I explained in my statement on Monday, we are starting this work straightaway with the new unit in Whitehall, which will be led by a new Permanent Secretary Oliver Robbins.

This unit will examine all the options and possibilities in a neutral way, setting out their costs and benefits so that the next Prime Minister and their Cabinet have all the information they need with which to determine exactly the right approach to take and the right outcome to negotiate.

But the decisions that follow from this – including the triggering of Article 50 – are rightly for the next Prime Minister and the Council clearly understood and respected that.

Mr Speaker, I don’t think it’s a secret that I have, at times, found discussions in Brussels frustrating. But despite that, I do believe we can be proud of what we have achieved.

Whether it is putting a greater focus on jobs and growth, cutting the EU budget in real terms for the first time and reducing the burden of red tape on business, or building common positions on issues of national security, such as sanctions to stop Iran getting a nuclear weapon, standing up to Russian aggression in Ukraine and galvanising other European countries to help with the lead that Britain was taking in dealing with Ebola in Sierra Leone.

In all these ways, and more, we have shown how much we have in common with our European partners, as neighbours and allies who share fundamental values, history and culture.

It is a poignant reminder that while we will be leaving the European Union we must continue to work together, for the security and prosperity of our people for generations to come. 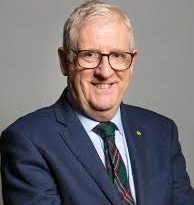