The speech made by Dan Jarvis, the Labour MP for Barnsley Central, in the House of Commons on 2 March 2022.

During his abhorrent dictum on the illegal invasion of Ukraine, President Putin used false claims of genocide to justify his callous actions. That is a cruel irony, not least given his appalling track record of international law breaches and human rights abuses. We witnessed his brutality in Georgia and did nothing. We witnessed his brutality in Syria and did nothing. True to form, we are witnessing his brutality once again in Ukraine. This must the last of the suffering that he is allowed to cause.

We are all inspired by the resolve, determination and spirit shown by the Ukrainian people, but there will be inevitable tragic consequences to their heroism. The more they resist, the worse Putin will react, and those unable to defend themselves will pay the price for his petulance. Standing with Ukraine means delivering economic, military and humanitarian support today, but it also means delivering justice tomorrow; it means ensuring that the man responsible for Ukrainians’ suffering is held to account and made to answer for his crimes. The Prime Minister says, “Putin must fail.” He must, but that alone is not enough. Putin must pay.

On Monday, the International Criminal Court announced that it would open an investigation into alleged war crimes and crimes against humanity that have been committed in Ukraine since 2013, and any new alleged crimes. That is a very important announcement. Innocent men, women and children are being murdered in schools and hospitals and in their homes. Amnesty International has now verified four attacks on Ukrainian schools, including the cluster bombing of a nursery, which killed a child and civilians. Human Rights Watch reported an attack on a hospital, again with a cluster bomb, which killed and injured civilians, including healthcare workers. The vicious bombardment of Kharkiv on Tuesday, in which homes were targeted, left dozens of civilians dead. According to Ukraine’s ambassador to the US, a thermobaric weapon was used against Ukrainian forces.

Although Russia is not a signatory to the convention on cluster munitions or to the safe schools declaration, international humanitarian law prohibits the use of indiscriminate attacks with indiscriminate weapons, but it is clear that Putin is already becoming increasingly desperate. As the Ukrainian resistance evolves towards insurgency, civilian deaths will almost certainly surge.

Putin is safe, a long way away from the frontline, but the blood of the innocent is on his hands. This is his war and it may not end soon, but it is imperative that he pays for what he has done. If he does not, Ukraine will not be the last to suffer.

When the Ukrainian ambassador to the UN learned of the invasion, he said:

“There is no purgatory for war criminals. They go straight to hell.”

It will be difficult—some say impossible—but wherever Putin ends up, the UK must do everything we can to ensure that it is via a court. 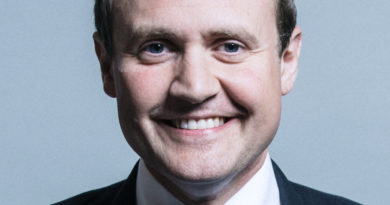