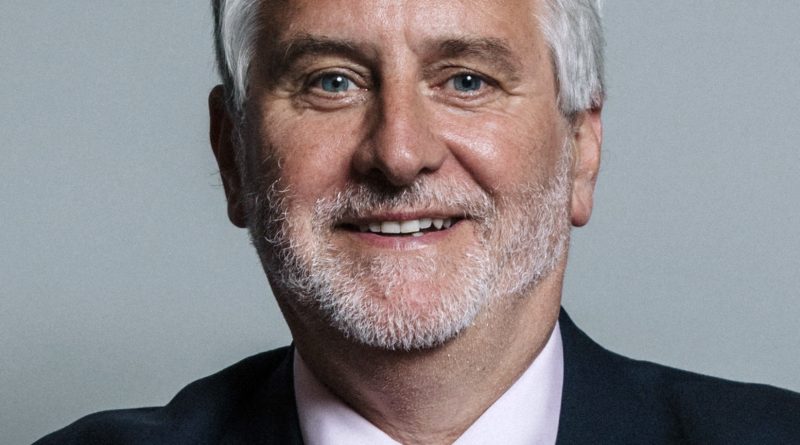 The speech made by Clive Efford, the Labour MP for Eltham, in the House of Commons on 7 June 2022.

It is a pleasure to follow the hon. Member for Devizes (Danny Kruger). He did a fine job of trying to defend the indefensible, but the thing that undermines his argument is the timing of the changes to the code: the coincidence that, just as the Prime Minister is to be investigated by the Committee on Standards in Public Life, he has decided he wants to move the goalposts. That is obvious, and it is not lost on members of the public that he has changed the rules. The reason why he has done so is that he fears what is going to come in the future—the not too distant future.

We are here having this debate today really because we have seen this conduct on an industrial scale at No. 10. The PM has been fined, the Chancellor has been fined and so have numerous members of staff. What those charged with upholding standards in the future have to look at is what has been said to this House and what rules were in place at the time the events took place that have led to the Prime Minister rushing to make these changes.

It is worth reminding ourselves that, when the wine and cheese party took place in the garden of No. 10, people were allowed only to meet one other person from outside their household, as long as it was in a public place and 2 metre social distancing was maintained. Friends and family were not allowed to go to one another’s homes or gardens. Later in that year, after the rules had changed, the rules prohibited indoor gatherings of two or more people. An exception was allowed for work if it was reasonably necessary for work purposes, and in those circumstances the necessary participants could physically attend such meetings and social distancing had to be applied. Those charged with upholding the rules and code must satisfy themselves that what was said in this House, and the rules that applied, are consistent. We have seen photographs of the garden party, and a photograph of the Prime Minister inside No.10 at a party on 13 November. Allegra Stratton talked about a party that took place in No.10 on 18 December. She was head of media for the Prime Minister, and if she were rehearsing a response to the press about an alleged party that took place in No.10 on 18 December, it is inconceivable that she would not go to the Prime Minister and warn him that he might be quizzed about that party.

Again, going back to the code that we are debating, we must be satisfied and demand answers to ensure that the code has been adhered to. This is what was said on 1 December at the Dispatch Box by the Prime Minister, in response to a question from the Leader of the Opposition about the party in No.10:

Order. I want to give a little caution about any comments made about anything that is before the privileges committee. Please be very careful. We are talking about conduct in public life generally and about the ministerial code of conduct, but without going into detail on things that are being adjudicated and that will come before the House in time.

I am grateful for that guidance, but I thought I would be in order because I am quoting the public record—I am reading from Hansard—on what was said in relation to these events. I am doing that because we have a debate about the code of conduct, and we must be satisfied that when the response comes back, these questions are answered.

“May I begin by saying that I understand and share the anger up and down the country at seeing No. 10 staff seeming to make light of lockdown measures? I can understand how infuriating it must be to think that the people who have been setting the rules have not been following the rules, because I was also furious to see that clip.”—[Official Report, 8 December 2021; Vol. 705, c. 372.]

I think it inconceivable that people were not advised that questions may be raised about the party that took place in No.10 Downing Street, and I would like that to be measured against the code we are talking about today. The Prime Minister has given repeated assurances that clearly need to be investigated further. His repeated assertions to this House were that no rules were broken and there were no parties, and we must have an answer to that question.

Order. I am sorry. Irrespective of whether it is in Hansard, this matter is before the Committee of Privileges, which is considering it specifically. The specifics of whether the Prime Minister misled, or inadvertently misled, the House is not for today’s debate.

With due respect, Mr Deputy Speaker, I am not making the conclusion that he has done so; I am just raising questions that I expect to be answered.

My next point is about how the code has been applied in the past, because Ministers have resigned when they have inadvertently misled the House. The most recent example I think of is that of the former Home Secretary, Amber Rudd, who inadvertently misled the House about immigration figures, and as a consequence of the information that was supplied to her, resigned from her post. It is not true that the ministerial code requires only a slap on the wrist for senior members of the Government—far from it. There are numerous examples of Ministers who have gone because they have inadvertently—not deliberately or maliciously—misled this House. Should the conclusion to the investigation be that people have misled the House, inadvertently or otherwise, resignations should follow. The public expect nothing less. Last night’s vote was an opportunity to draw a line under the sorry situation in which we find ourselves, because it is undermining our democracy and undermining this House, and it is time that it was drawn to a conclusion. Last night Conservative MPs missed that opportunity, but I do not think the public will when their time comes.

John Major – 1995 Speech at the Britain in the World Conference