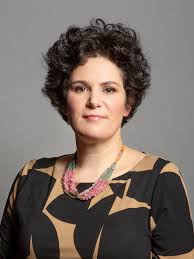 Below is the text of the speech made by Claire Hanna, the SDLP MP for Belfast South, in the House of Commons on 20 May 2020.

Thank you, Madam Deputy Speaker. We in the Social Democratic and Labour party have put on record our concerns about the concept of upending the trade environment for businesses, particularly while many are in the fight of their lives against covid, as well as our scepticism about the possibility of negotiating this deal in just seven months, given the social distancing and travel restrictions on us all.

We have another few objections to the content of this Bill. The first concerns democratic oversight and the Bill’s failure to uphold basic principles of scrutiny and oversight, including around delegated powers. When Brexit was fought for on the basis of powers for this Parliament, it seems bizarre that MPs would vote to hand those powers to the Government unchecked to allow them to negotiate and sign, with incomplete scrutiny, trade deals that could have a massive effect on many aspects of our lives. Trade is a reserved matter, and this has particular implications for those of us in devolved regions where the powers may very well cut across devolved matters.

Our second objection relates to the protection of the national health service. The Bill fails to provide cover for that, despite numerous invitations to the Government to do so. The Government may say that the national health service is not for sale, but many people feel that actions in the medium and recent past make that unlikely to be true. Many have pointed out that we had applause for the national health service just last Thursday, but on Monday of this week a Bill was introduced that will seriously hamper the ability to provide health and social care services. Leaked papers from last year make very clear—if they were not already—the US’s interests in a ​trade deal, namely further access to NHS contracts and data. If the Government want people to believe that that will be off limits, they need to legislate specifically for that.

We also have serious concerns about the environmental ramifications of the approach set out in the Bill, which we do not think is compatible with an acknowledgment of our obligations to address climate change and improve resilience. The Bill should be underpinned by binding high environmental standards and non-regression provisions, but it is not. If done badly, these trade deals risk a race to the bottom on environmental protections and standards, as well as labour protections and standards. The fact that the Government rebuffed attempts to introduce standards via the Agriculture Bill will convince many people that the Government are not serious about such protections.

That leads me on to farming. Farmers in Northern Ireland and, I would imagine, elsewhere were dismayed by the Government’s failure to accept reasonable amendments to the Agriculture Bill. That leaves farming and many other sectors facing an uncertain future. That is particularly true for farmers in Northern Ireland—I am sure it is the same in many other regions—who trade and market on the basis of exceptionally high standards. They now fear that they will face competition from products of low and, indeed, unknown standards.

I want to finish with some questions that I hope the Secretary of State will address in her wind-up. One is about the trade arrangements that we currently enjoy with other territories—I think there are 74. How many of those arrangements have been rolled over to date, given that we require them all to be so within a matter of months? Does she anticipate that any countries that have rolled over, or that have indicated a willingness to do so, will seek to renegotiate in the light of the tariff schedule that was published yesterday? Does she acknowledge that every differential between the UK and the EU tariff schedules adds to the list of goods at risk in the Northern Ireland protocol and offers incentives for smuggling? Does she believe that that is yet another unfortunate consequence that people in Northern Ireland have to deal with, despite having rejected Brexit at every turn?

Rebecca Pow – 2020 Speech on the Reopening of Zoos, Aquariums and Wildlife Sanctuaries