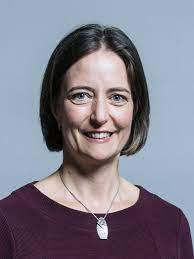 The speech made by Carol Monaghan, the SNP MP for Glasgow North West, in the House of Commons on 29 June 2022.

That leave be given to bring in a Bill to make provision for granting permission to work to asylum seekers who have waited six months for a decision on their asylum application; and for connected purposes.

Over the last few months, we have been enjoying returning to normal life—going to shops, on holiday, or to pubs and restaurants. However, staff shortages caused both by Brexit, and by companies struggling to recruit post-pandemic, have meant that the return to normality has not always been as smooth as we would have hoped. Meanwhile, we have a willing resource within many of our communities: asylum seekers who have fled war, persecution and violence, coming here to build a new life. The problem is that, except in a small number of shortage—[Interruption.] I apologise, Madam Deputy Speaker. It appears that some Members are not able to follow the conventions of the House. The problem is that, except in a small number of shortage occupations, asylum seekers are currently banned from working. That ban is a clear example of the Government’s hostile immigration environment—a hostility that includes criminalising those seeking refuge, with barbaric detention centres and GPS trackers. Such policies may please those of a UKIP mindset, but they certainly do not support our communities.

The benefits of lifting the ban would be significant. We could increase the workforce in areas of most need, allowing asylum seekers to take up roles as HGV drivers, baggage handlers and farm labourers, or even as civil servants, processing passport applications and driving licences. There are good financial reasons why that makes sense. Lift the Ban’s most recent calculations show that over the last 10 years, the Treasury has wasted nearly £1 billion as a result of preventing people from working. If even 50% of those currently waiting more than six months for a decision were able to work full time on an average salary, the Chancellor would receive more than £190 million annually in tax and national insurance contributions, and that is before we consider the staggering amount of money—£120 million—that was frittered away on the disastrous Rwandan deal. Instead of wasting stupid amounts of money on ineffective policies, it is time that this Government implemented policies that make economic sense, and the right to work is just that.

Currently, asylum seekers may apply for permission to work only if they have been waiting for a decision on their asylum claim for more than 12 months. Even then, there are only a small number of occupations that they can work in—as a geophysicist, for example, or a ballet dancer. Why is the current situation a problem? According to the Government’s own statistics, 76% of people waiting for a decision on their asylum claim are now waiting for more than six months, and people are left with no other option than to claim asylum support of £5.84 per day. But that masks a much bigger problem, because many are waiting year upon year for that decision, and meanwhile their life prospects and wellbeing are put on hold. Those Home Office delays force people to live in utter poverty, and sadly, in such circumstances, some people become victims of trafficking.

Some would have us believe that asylum seekers are here to “scrounge off the state” and—paradoxically—to “steal all our jobs”. In truth, however, the vast majority of asylum seekers in this country are willing and committed to work, and to contribute. According to a survey by Lift The Ban, 94% of individuals with experience of the asylum system would work if they were given the chance to do so. The Bill simply asks that they are afforded that dignity.

Today, this Government continue to talk about making asylum claims through “safe and legal means” and about the so-called “pull factor” of the UK’s asylum system, although it is, in fact, one of the least generous in the western world. For most people seeking asylum, there are no safe and legal routes. The UK’s immigration rules make no provision for people to come, or apply to come to the UK to claim asylum. Home Office policy is explicit that for someone to claim asylum in the UK, they must already be in the UK. The current situation in Afghanistan is an example of that. It is important to recognise that many of those fleeing war and persecution are coming from parts of the world where Britain has had, or continues to have, an influence. We cannot embark on foreign wars without accepting our responsibility to those who are then displaced or forced to leave. Rather than interfere and then wash our hands of the resultant chaos, this Government could take seriously their responsibility by rebuilding such countries and supporting those who have left.

Working while awaiting an asylum decision would not only allow asylum seekers to function independently but facilitate language learning and the formation of bonds between people from different cultures. Early intervention, including access to the labour market, is crucial for the successful integration of refugees. The Government have hailed the post-Brexit era as one of “global Britain” that is both open and outward-looking, and giving those seeking sanctuary the chance to integrate into communities is crucial to delivering that promise. Internationally, the UK lags far behind almost all its counterparts in Europe and North America. Countries such as Canada and Sweden allow near immediate access to the labour market, and Germany and Belgium grant access after three and four months respectively. If the UK were to reduce the 12-month waiting threshold to six months, it would join ranks with the United States, France, Spain, the Netherlands, and Denmark. There is no reason for us to remain an outlier.

The justification given by this Government, which is that there could be pull factors if the rules were liberalised, has no basis in evidence. Those fleeing trauma, war and persecution have no inclination that they will be banned from working when they arrive in the UK; they simply seek safety, and often hope to reunite with family members already here. Although the claimed pull factor is the core argument put forward to rebut calls for change, the Government have yet to produce a single shred of evidence for it. Despite the Government’s hostility, lifting the work ban has great public support, with a recent YouGov poll reporting public backing of 81%. Indeed, the Deputy Prime Minister himself has made his “open-mindedness” towards lifting the ban well known.

This Bill is a small contribution to a policy area that demands considerable reform. We must apply common sense. There is nothing controversial or unreasonable in the contents of the Bill, and those who object to it are basing their arguments on fear or populism, rather than on facts and public opinion. In the context of a global pandemic, a shambolic Brexit and a well-documented worker shortage, the untapped potential of asylum seekers is especially pertinent. Are we really in a position where this Government would further damage the economy rather than soften their hard-line immigration policy? It makes little practical or political sense to prevent asylum seekers from working, and I hope Members across the House will join me in calling for the ban to be lifted. This is a small change that will transform lives and communities. 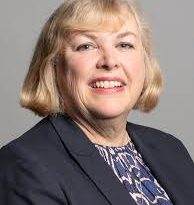