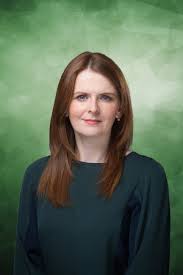 The comments made by Caoimhe Archibald, Sinn Fein’s Spokesperson on the Economy, on 18 June 2022.

For months the cost of living has been on a steep upward trajectory, inflation is now predicted to hit 11% over the next couple of months and this is impacting on workers, families and businesses.”Boris Johnson and his government need to listen to workers and act now.

While the Tory government did announce some measures in recent weeks, further action is urgently needed, particularly in relation to rising petrol and diesel costs.

Petrol and diesel prices are heading towards £2.00 per litre and many people are calculating the cost of every journey and only making the ones they can’t avoid.

The British government should act immediately to cut duty on fuel further and also slash VAT on fuel and energy.

Workers and families are struggling as their pay packets don’t go as far now as they previously would have, and we need to empower workers to uphold their rights to decent pay and conditions.

We need the DUP to join immediately with other parties to form an Executive so we can tackle the cost of living crisis and get money into the pockets of workers and families.