Below is the text of the speech made by Zarah Sultana, the Labour MP for Coventry South, in the House of Commons on 23 March 2020.

This is an unprecedented crisis.

How this House, the Government and the Prime Minister respond will determine the fate of millions. We are making life-and-death decisions—choices that either save millions of people from poverty or plunge them into it. They are choices about priorities and about what and who is important. They are political choices, and I am concerned about the choices the Government are making. For example, the rich can buy a covid-19 test at private health clinics, but frontline NHS staff are not getting them. That cannot be right. In response to this emergency, we must change our priorities. Public health must come before private profit.

I welcome the fact that an amendment has been accepted that gives protections to Muslim and Jewish communities, who feared that the Bill would have resulted in forced cremations. I hope that the provisions on those protections are heeded. I have a number of ongoing concerns; given the time constraints, I shall limit myself to three.

First, even after the passing of the Bill millions of workers—including low earners, the self-employed and workers in the gig economy—will not qualify for statutory sick pay. For the people who do qualify, at £94 a week it is the second lowest rate in Europe. The Secretary of State himself has admitted that he could not live on it, so he should not expect our constituents to. I urge the Government to raise the rate to the equivalent of a week’s pay at the real living wage and extend it to cover all workers.

Secondly, the Bill will have an impact on disabled people by suspending the duty to meet the needs of disabled people and their carers. It will weaken the duties to meet children’s educational requirements and ​relax the safeguards for detaining people under the Mental Health Act. The virus presents us with huge challenges, but it cannot be an excuse for abandoning disabled people. Ten years of cuts have already drastically eroded disabled people’s rights; coronavirus must not be allowed to hit them hardest, too.

My third and final point is on migrants’ rights. There are now confirmed cases of covid-19 in Yarl’s Wood detention centre. The virus will cause a health disaster unless the Government release detainees. It is not just migrant detainees who are at risk; in spite of the fact that NHS staff from around the world are on the frontline battling the pandemic, migrants are still being charged for NHS treatment. Adding covid-19 to the exempted conditions does not go far enough. As long as there are charges for some conditions and the NHS is sharing data with the Home Office, migrants will be deterred from seeking medical help when they need it the most. That is unfair and it is a public health risk, so I urge the Government to release detainees from detention centres, suspend NHS charging, end data sharing between the NHS and the Home Office, and make sure that NHS staff and migrants know about it all with an information campaign.

I will finish by saying this. Crises show us who we are. They show us what we care about, and across the country people are answering. They are reaching out to elderly neighbours they do not know, offering support and reassurance. Strangers are organising food deliveries for vulnerable people they have never met. In cities across the country, networks of support and solidarity are springing up. That is one answer; it is an answer that says we value everyone and that no one should go through this alone or unsupported, but that is not the answer the Government are giving. Instead, they are abandoning the self-employed, neglecting the sick and disabled, letting businesses lay off staff, and leaving sick workers destitute. They are giving millions to profiteering private health companies, while NHS staff do not even get basic protective equipment and are resorting to using bin liners. That is not a response true to our values, so before it is too late, I urge Members: let us rise to the challenge and beat this virus together.

Theresa May – 2019 Speech at Burns Supper 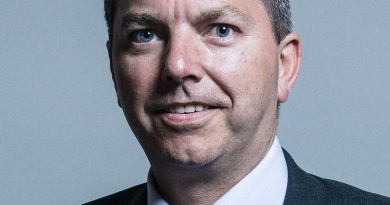