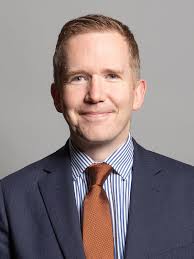 The speech made by Stuart McDonald, the SNP MP for Cumbernauld, Kilsyth and Kirkintilloch East, in the House of Commons on 13 June 2022.

I sincerely thank you, Mr Speaker, for granting this urgent question.

This is not world-leading policy. If anything, this leads to the total shredding of the refugee convention. This cash-for-deportations policy is akin to state-sponsored trafficking and transportation. What is more, it is a grim political stunt being rushed out to shore up the Prime Minister again. Why else was this flight organised before the relevant provisions of the horrible Nationality and Borders Act 2022 were brought into force? What is the Minister’s explanation for that?

More fundamentally, why are Ministers pressing ahead when even the most basic safeguards are not in place? I fear that the age assessment processes are totally inadequate and will see children sent to Rwanda. As I understand it, such a difficult process is being crammed into a 30-minute interview with two immigration officers, with young people left unaware of their rights to challenge the decision that they are an adult. Is that accurate? How on earth can such vulnerable people as trafficking victims, torture survivors and LGBT people be identified by a basic screening interview, which is another process that the Minister know takes a long time? Why is it permissible at all for trafficking survivors to be part of the inadmissibility procedures?

Access to legal advice is crucial, so let me ask: can the Minister confirm how many of those scheduled to be on the flight tomorrow have not yet been able to seek legal advice? There is no functioning joint committee or monitoring committee yet, so how can it possibly be right to proceed when these basic oversight bodies are not yet established? He knows that the overwhelming balance of legal opinion, including that of the United Nations High Commissioner for Refugees, is that this policy is totally illegal. Surely, if the Government had any final shred of respect for the rule of law, they would at least wait until a final ruling in July before commencing this policy.

This is a policy that will not work on its own awful terms. Will the Minister confirm that the Rwandan asylum system has capacity only for a couple of hundred new cases each year, and has he been made aware of the evidence that, even now, more risky routes are already being tried by smugglers as a result?

In conclusion, this will not hurt horrendous people smugglers one jot, but it will badly hurt those who have fled persecution and sought protection here, and this policy brings shame on the UK internationally.

I am grateful to the SNP spokesman for his questions, and it is fair to say that we will have to agree to differ on this. We have had many debates over the last few months on this issue, and I will comment on the broad issues he has raised, while of course reflecting the fact that there are ongoing judicial proceedings.

First, I want to say that I feel the hon. Member’s use of language at the beginning of his remarks was not the sort I would expect from him. He is usually temperate in his use of language, but to compare the new partnership with human trafficking is, frankly, plain wrong and very offensive not just to this Government, but, I would argue, to the Rwandans.

The hon. Member knows full well, because I have said so repeatedly, that unaccompanied asylum-seeking children will not be transferred as part of this partnership. There will be a thorough screening process in place, and that is ongoing. Of course, cases are looked at on a case-by-case basis, taking proper account of all the relevant circumstances. On the point about access to legal advice, people are able to access legal advice in detention in the usual way.

It probably has not escaped the hon. Member’s notice, and the House’s notice, that the UNHCR places asylum seekers in Rwanda, which I think speaks volumes about its judgment. [Interruption.] Hang on! The shadow Home Secretary likes to chunter from a sedentary position, but she will have her opportunity in a moment. The truth is that the UNHCR, through its actions in placing people in Rwanda, clearly believes that it is safe for people to be placed there. We have of course been through our own thorough processes to make judgments with our country information notices, and that is the right and proper way of handling this.

Again—I have said this many times before, but it bears repeating—we will always live up to our international obligations and the laws that we are supposed to be subject to.