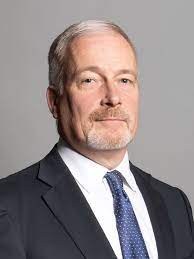 The speech made by Richard Fuller, the Conservative MP for North East Bedfordshire, in the House of Commons on 23 May 2022.

It is a pleasure to follow the hon. Member for Brighton, Pavilion (Caroline Lucas). She certainly put out the most certain bet that she has been on more protests than most other people in this House and she is honourable for doing so. She said that the contributions to the debate from the Government Benches had promoted divisiveness. I do not agree with her—people have been trying to express their point of view—but, standing alone, perhaps I shall be a sole voice in expressing some reservations about the intent behind some of the measures in the Bill.

I was grateful to hear some of the contributions by the Home Secretary, particularly her willingness to look at the Bill’s focus. I would like to take that up with the Policing Minister, who has been able to explain to me some of the more detailed provisions of previous Bills.

At some points in the debate, it has not been clear whether Members have been focusing on the Bill in the context of protest, climate change or criminal damage. The Bill is at its best when it focuses on those who would use protest as a cover to cause damage or create unreasonable disruption. It starts to lose its way when it strays away from that into an area where all democratic Governments need to be careful, which is how a Government of the day pass legislation that has an effect on protest.

My first concern of principle, then, relates to imprecision, in respect of which I shall mention a couple of clauses. Before I started to speak, I wrote down that I had concerns about why, with the Government having only recently taken a large Bill through Parliament, we had the provisions sort of re-presented today in this Bill. The right hon. Member for Normanton, Pontefract and Castleford (Yvette Cooper), who spoke for the Opposition, had a point about why these measures have come back to the House so soon and whether we have had time to see the impact of the measures passed previously. Again, I can see the rationale for the Bill when it is tight to its intent; when it goes broader than that, I have significant questions.

One reason I am a Conservative is that I believe in freedom of speech—the right of people to express themselves freely. Indeed, as a Government we are emphasising that in a number of other pieces of legislation we are bringing forward. In questions to the Secretary of State for Education earlier, we highlighted the importance of free speech in schools and the need not to have ideological perspectives. We are talking about it in universities, too. As I thought in respect of the Police, Crime, Sentencing and Courts Bill, the Government are at risk of being in conflict with their freedom of speech priorities in proposing a Bill that focuses on some of the restrictions on protests.

Another point that came up in respect of the previous Bill and does with this one, too, is the risk that it puts on police officers being seen as political because of their decisions, given the very broad framework that is set out and the fact that it is hard to explain to someone who is being noisy or disruptive why they are being selected rather than others. I do not expect the Policing Minister to address that today, but it would be helpful to learn a bit more about that in my conversations with him.

I think all Members present will recognise my final concern of principle. It is surely true that our politics have become far more divisive over the past decade. Whatever the reasons for that may be—perhaps it is a matter of political decisions or of social media—when people feel very divided on politics it is important that we keep open to them as many avenues as we possibly can for them to express dissent or an opinion or to say where something is wrong. That is an important context for the Policing Minister and the Government to consider as they think about the application of the Bill.

Let me turn to some points about the Bill’s provisions. I talked earlier about it being imprecise and straying from areas in which it is strong—its focus on the use of protest as cover for criminal damage—and unfortunately clauses 1 and 2 are where that level of imprecision starts. They are worded far too openly. Everyone here seems to know what attaching on means. Is that the phrase? I cannot remember exactly what it is.

I thank my hon. Friend. I have no clue what locking on is. I do not know. Some colleagues have made the point. What does one have to attach oneself? I have no idea and there is nothing in the Bill to explain to me what locking on may be. It would be helpful for the Government to produce further provisions on that. It is disappointing that the Government are then extremely precise in clauses 3, 4 and 5 about some of the measures they wish to introduce. Precision is clearly not unavailable to them; it is a matter of choice where they have applied it.

A number of Members have spoken to clause 7, which introduces powers on stop and search. Some people have rightly made the point about the disproportionality of stop and search, which has been an important issue for me in my time in Parliament. My right hon. Friend the Member for South Holland and The Deepings (Sir John Hayes), who is no longer in his place, made his point by saying, “But what about the number of knives and the number of offences that have been caught?” First, that does not answer the question of disproportionality, which is the fundamental reason why many of us have concerns about the use of stop and search. Secondly, that argument is completely inappropriate when stop and search is applied to people going on a protest, because it is about not the other aspects of serious crime or serious drug dealing that we talk about, but people expressing their points of view. I say to the Government, “Please, if you are going to look at the extension of stop and search, think carefully before putting that provision in this legislation.”

The issue is not just the extension of stop and search but many of the extensions in the Bill. I was struck that, if Lord Hain—then Peter Hain—could be convicted of criminal conspiracy for leading direct action events in the 1970s, which he was as part of the anti-apartheid movement, why do we need this panoply of illiberal measures now? The law was more than capable of dealing with many of the same issues 40 or 50 years ago.

The right hon. Gentleman is entitled to his point of view about the broader panoply; my point is specifically about stop and search. I hate the fact that a black man, perhaps with his son, who walks in the streets of London or in my constituency in Bedfordshire is 14 times more likely to be stopped, and very often for no good reason. He may then have to explain to his son or daughter why that has happened. Until we as a population start to find some balance about whether stop and search is useful or not and focus on what it means to the next generation, we will be letting down our young people.

That is on the way to a demonstration. We can do better than that.

Surely, large protests such as the ones we saw over the Iraq war or the hunting ban, would have engaged with the police at an earlier stage to facilitate a proper, lawful and peaceful protest. What the Government are trying to target are those small, sporadic numbers of people who are causing deliberate harm to specific areas of key infrastructure. Does my hon. Friend understand the difference between those two cases?

I do; that was why I said that the Bill is at its best when it focuses on those things. I am just saying to the Minister that we should have more precise definitions in the Bill.

Clause 14(4) lists the prohibitions that may be imposed on someone subject to a serious disruption prevention order. Let me tell the Minister what this reminds me of. Earlier in my time as Member of Parliament for Bedford, I had a constituent who was under a control order. Control orders were brought in for people who our intelligence services said were terrorists or were at high risk of causing a major terrorist incident. Some of the provisions in clause 14(4) remind me very much of the control order provisions that my constituent was under. I ask the Minister please to look at whether that level of intervention on the activities of an individual, who has merely gone about protesting in a way that, yes, may have caused disruption and, yes, may have been subject to the provisions of this Bill, is truly what we should be seeing in a free society.