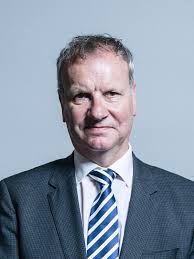 Below is the text of the speech made by Pete Wishart, the SNP MP for Perth and North Perthshire, in the House of Commons on 1 July 2020.

That leave be given to bring in a Bill to make provision for the House of Commons to nominate the Prime Minister and approve appointments to the Cabinet; to establish the office of Acting Prime Minister; and for connected purposes.

This is the third time I have attempted to bring this Bill before the House. The first time it had to be to be withdrawn because of a general election and the second time because of the covid lockdown. I was trying today to ensure that no other disaster befell me, so that I could be here in my place to deliver this Bill.

First, what this Bill does not do: it does not in the least alter the role of Her Majesty the Queen in the proceedings. The appointment of a Prime Minister will still be exclusively the job of Her Majesty the Queen as part of her prerogative powers. The Bill strengthens the constitutional convention of keeping the monarch out of politics, by ensuring that she appoints a Prime Minister having had that nominee agreed by this House.

Through this Bill, I seek in effect to bring this House into the 21st century and replicate the conditions that we find in most other, properly functioning representative democracies right around the world, and even in properly functioning representative democracies in the rest of the United Kingdom. In the Scottish Parliament, the First Minister and her Cabinet must be approved by the Scottish Parliament and MSPs. The same is true in the Welsh and Northern Irish Assemblies; even the London Assembly works on that basis.

The process allows confirmation from Parliament and even allows alternatives to emerge to see whether he or she might have the confidence of the House. The Bill would end the current situation, where a Prime Minister of this country can be decided by a few thousand members of the Conservative party. It would end the practice of the House’s having a Prime Minister foisted upon it without so much as a by-your-leave, where the Conservative Association of, say, Tunbridge Wells has more of a say than a directly elected Member of Parliament in determining who the Prime Minister is. [Hon. Members: “Hear, hear!”] I hear the “Hear, hears” from Conservative Members, who obviously enjoy that particular privilege.

Let us take a cursory look at how we had the good fortune to get our current Prime Minister. He was appointed by Her Majesty as a result of winning the Conservative leadership contest triggered by the resignation of the right hon. Member for Maidenhead (Mrs May), who was first appointed Prime Minister on 31 July 2016 as a result of the resignation of David Cameron as Prime Minister in July 2016. Since 2015, the UK has had two Prime Ministers appointed outside of a general election, determined exclusively by the membership of the Conservative of the United Kingdom. Looking at the current incumbent, we can only surmise the efficacy and good sense inherent in the current arrangements. This House must never again have an unelected Prime Minister forced upon it. A Prime Minister must be able to demonstrate that she or he has the confidence of this House at the inception of his or her premiership. My Bill would ensure that happens.

My Bill would also help to deal with some of the issues that might unexpectedly arise in the course of a parliamentary term—for example, a Prime Minister losing a referendum on the European Union and having to resign. The current Prime Minister actually wiped away his own majority by banishing from the ranks of the Conservative party those who disagreed with his hard Brexit. His Government were left in a minority, yet he was still able to control the Order Paper of the House of Commons, though lacking the ability to pass any meaningful legislation.

Then what did the Prime Minister do? He illegally prorogued Parliament to prevent the Brexit purgatory being effectively scrutinised and unnecessarily drew the Queen into illegal political proceedings—something that my Bill would address and rectify. Quite frankly, there is no way the current Prime Minister would have been approved by the House, as he would not have been able to demonstrate that confidence in the last Session of Parliament, and had this procedure been available to us last year, we could only speculate as to whether the United Kingdom would be in a better place now.

The provisions in the Bill would be triggered by any of the following: any general election under the terms of the Fixed-term Parliaments Act 2011; the Queen accepting the Prime Minister’s resignation; the office of Prime Minister becoming vacant for reasons other than resignation—namely death; and the Prime Minister ceasing to be a Member of the House of Commons as a result of a recall or crime, which of course we could never imagine happening with the current incumbent.

Let us look specifically at one of these examples, because it is quite timely and relevant. All of us are rightly relieved to see the Prime Minister back in such rude health, press-upping his way to his disastrous Brexit. Looking at this epitome of a butcher’s dog, I find it hard to believe that it was touch and go for him only a few short weeks ago. Thank goodness he pulled through. With the Prime Minister’s incapacitation, however, we got the equivalent of government by headless chicken. Without the Prime Minister’s customary decisiveness and head for detail, we had no idea who was running the country.

It seemed that the Foreign Secretary was in charge, by dint of his being the First Secretary, but he executed these responsibilities with all the guile of Emu without the assistance of Rod Hull. His only qualification for that role seemed to be that Dominic Cummings could not think of anybody else. He might not have been doing the job had we had a Deputy Prime Minister, but of course we no longer have one—that unpaid, powerless position whose holder sometimes deputises for the Prime Minister seems to have gone the same way as Nick Clegg. My Bill would create the office of acting Prime Minister to ensure that someone was accountable for the operation of government until the stricken Prime Minister recovered or another was found.

My Bill would do much more than that, however, by seeking to ensure that the whole apparatus of government be a matter for this House and that the activities of wider government and all its advisory functions and capacity come under the responsibility of Parliament. Right now, there seems to be an initiative to reinvent the civil service in the guise of a hard Brexit organisation. A politicisation of the civil servants is being undertaken the likes of which we have never encountered in this country before. A state apparatus is being assembled in the guise of Dominic Cummings, who now effectively runs Whitehall, and we in this House have no right of scrutiny or ability to properly consider all this activity. The extraordinary sight of a Government adviser making a press statement to the country from the Downing Street rose garden could be the metaphor for how the country is now being governed.

My Bill would codify certain aspects of the ministerial code to ensure that the whole of Government was accountable to this House. Ministers would have a duty to Parliament and be held accountable for the policies, decisions and actions of their Departments and agencies. It would uphold the political impartiality of the civil service and ensure that civil servants are not required to act in any way that would conflict with the civil service code as set out the Constitutional Reform and Governance Act 2010.

My little Bill is simple in scope, but it is ambitious in what it wants to achieve. Our unwritten constitution, designed by convention, needs updating and refreshing, and that should start with the appointment of a Prime Minister and his or her Cabinet. We must never again have a Prime Minister nominated without the consent of this House. We must start to exert control and authority. This is a sensible and practical Bill to bring this House into the 21st century, and I commend it to the House.